Jay Ratinoff just released his self-titled EP when the pandemic hit. Used to connecting with friend and longtime collaborator, producer Aldo Munoz at his studio in Bihar, Mexico, the Bay Area artist had no choice but to record his own demos, using some skills picked up through a few pre-pandemic lessons and YouTube tutorials. Working through the most precarious times, Ratinoff kept writing, and ended up with 20 songs, half of them assembling Let It Out (CEN/The Orchard).

“That’s pretty much how ‘Let It Out’ came to be,” says Ratinoff. “It was just me, locked up, wanting to be let out, but I couldn’t.”

Filtering down to 10 tracks, Ratinoff was left with the darker undercurrents of frustration and confusion in an isolated state. “When I was singing the song, ‘Light Me Up,’ it was a reflection of all the times that I was just locked up and doing nothing,” says Ratinoff of the heavier Let It Out track. “I remember going out and driving around and thinking what day of the week is it, because it all felt exactly the same. It was like a zombie town. It was a crazy time not just for me but for everyone.”

Let It Out opens a bigger picture, prodding ’80s pop and rock on “Another Day,” a metal rendering of “Light Me Up” and jangling guitar swirls of “Take Me Away,” all converging around a post-punk setting of the slickly crooned “Honey” and the sinister sways of “You Won’t” and “Hotter Than Hell.” Experimenting around bigger arrangements, “I Just Wanna Rock” is a rousing rant relieving the pent up angst of the previous year with mellower moments in between on the tender ballad “Better,” the uplifting “Destiny Waits,” and a happier ending (cue The Smiths, in peppy mode) of “Bye.”

Unlike Ratinoff’s previous self-titled EP, Let It Out isn’t a facsimile of influences played out. These stories unfold in defiance of darker times and in tandem with the sounds often stuck in Ratinoff’s head, some inadvertently embracing elements of the 1980s forefathers he grew up with like Joy Division and New Order, Billy Idol, and The Cure.

Working with producer Wes Sharon (Turnpike Troubadours, Parker Millsap) at his studio in Oklahoma, Ratinoff recorded the entire album within a month. “With Wes, it was like baptism under fire,” he says. “We only had one month to record the whole album from scratch. It was enjoyable, but at the same time, it was like boot camp because I was there to learn from somebody who had more experience than I did, this Grammy-nominated producer who had worked for such a long time.”

Under the tutelage of Sharon, Ratinoff, who also pulled in several musicians and backing vocalists, including gospel singers for Let It Out, says the experience made him a better songwriter. “It was quite an experience,” says Ratinoff. “After that entire month, I became more professional and a better singer-songwriter. I grew up so much in Oklahoma.”

Usually playing with words and melodies, the right words typically follow for Ratinoff and the “magic” moment when a song comes together. “When something clicks, you feel the magic come in,” he says, “but of course, that inspiration has to find you working.” One of these magic moments occurred three days before Ratinoff was set to go to Oklahoma and woke up thinking I’m tired of thinking this is all I got. Playing some chord progressions on his guitar, Ratinoff wrote I’m tired of feeling that nothing ever works and finished writing the Let It Out track “Better” within 15 minutes.

“I was like ‘shit, I think I found my ultimate love ballad,’” says Ratinoff, who admits he was always searching for his own “Faithfully” by Journey. “That’s the only time that I feel that inspiration came as a gift from above, or from magic, or whatever it was.”

Sometimes sounds are in his head or something sonic captured on the outside. Recently, playing around with a Novation Bass keyboard at a Guitar World, Ratinoff recorded a specific sound on his phone, then worked on replicating it in his studio. “There was something cool about touching something tangible rather than doing it digitally, but I still like having everything in my computer,” says Ratinoff. “I opened it up and have everything I need then close it back up and everything disappears. I’m always creating, but it’s never enough. I’m never satisfied.”

Working with sound designer Daniel Wisniewski (aka IAMDTOX) and other musicians in Los Angeles, Ratinoff is rehearsing and experimenting with new sounds. “Even though I’m in the moment, I still have a conscious part of me that is always analyzing everything and how it affects my performance. Sometimes when I’m singing a song, I’m thinking ‘why am I not being triggered?’ My first reaction is there’s something musically that needs to be done, even if it’s a particular sound, or a guitar, or drums.”

Ratinoff has accepted that there are always pieces of a song he’ll want to “fix,” then rework again, once completed, and he’s still finding his way closer to the sounds.

“I really wish I could just be satisfied with the way that things are, but there’s always something,” says Ratinoff. “It’s a curse and a blessing. I hate and I love the part of me, but I love removing the safety net, even though it’s scary as hell.” 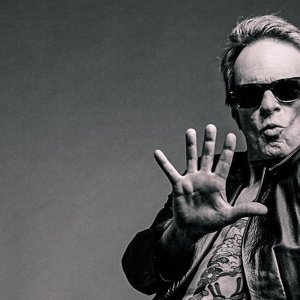 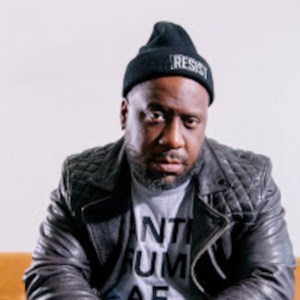