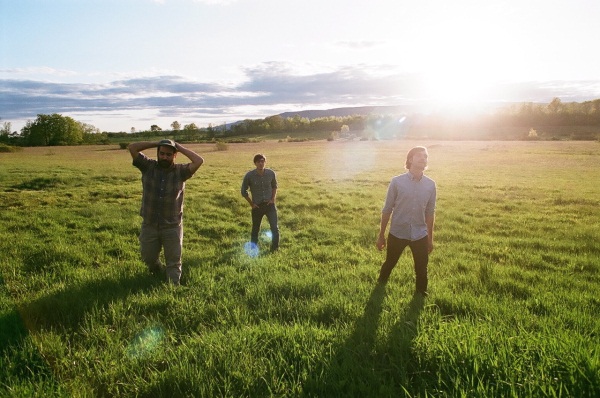 Real Estate, a band originally from New Jersey, writes songs about the suburbs.

Martin Courtney, Matt Mondanile, and Alex Bleeker grew up in the town of Ridgewood, and Courtney, the band’s main songwriter, says that for some reason he’s still drawn to writing about the period when he was a junior or senior in high school.

But his memories of ‘00s suburban life are more ‘50s innocence than ‘90s angst, and the songs capture the longing felt by a generation of kids that arrived back at their parents’ houses after college without jobs.

“A lot of the songs on the new album are metaphors for Martin’s observations on life and memories of growing up in the suburbs,” says Mondanile, Real Estate’s guitarist, who grew up down the block from Courtney in Ridgewood. “It’s just settings, landscapes, and scenes that he’s experienced and wants to visualize lyrically.”

Take “Out Of Tune,” from their new album, Days, which they recorded with Jarvis Taveniere of the band Woods. The song depicts life on the road – “you’re in some aimless town” – where not only the singer’s guitar is out of tune, but so is his life away from home.

On the song, Mondanile, who also makes music as Ducktails, plays upbeat guitar lines with a combination of echo, delay, and phaser effects. He says his style in part comes from listening to African music.

“A lot of different guitarists have really influenced me. I have to say that I really love this guy Sonny Sharrock, a jazz guitarist. He plays in the pentatonic scale and it’s really almost African, really positive sounding. I’m really into a lot of Ethiopian and African music. The whole Ethiopiques compilation series.”

But Mondanile, who looks more like a nerdy ‘50s teenager or early rock and roller with his dark-rimmed glasses and moppy brown hair than a darling of the Pitchfork set, says he’s equally inspired by Neil Young’s guitar solos.

The band’s jangly two-guitar approach also recalls groups like Television and The Feelies – or, more distantly, early Rolling Stones – but the music has a laid-back quality too, which occasionally earns them comparisons to The Grateful Dead. (Ducktails, not unlike Real Estate’s two-guitar style, achieves similar interlocking guitar patterns, along with bass and drums, through overdubs, all played by Mondanile.)

While Real Estate has been closely associated with a group of lo-fi Brooklyn bands, they recorded Days in Upsate New York, with engineer Kevin McMahon at his Marcata Recording studio, and the album will come out on the bigger indie label Domino.

“We never really wanted to sound totally lo-fi, but we like lo-fi music and we listen to it a lot,” explains Mondanile. Courtney says that the group’s lo-fi origins were more circumstantial than aesthetic – the result of recording themselves in basements and apartments on eight-track machines and old reel-to-reels.

On Days, the band got to experiment more with processing sounds, and McMahon suggested creating a natural echo chamber out of an old grain silo. McMahon also gave the band the confidence to put the vocals more prominently in the mix.

Courtney says a lot of the album was written in early 2011, when Real Estate was off tour, and he went into “intense songwriting mode.” As usual, he tapped into his suburban memories.

In the song “Green Aisles,” after a beautiful minute of overlapping guitars sets the tone, Courtney sets the scene “under bright lit skies,” where “mountains of maple leaves stand side by side.”

“Lyrically, I wrote it as these images of being 17 in the town where we grew up,” he says.

Courtney says a friend described the song’s chorus – “All those wasted miles/All those aimless drives through green aisles/ Our careless lifestyles/ It was not so unwise” – as an attempt to make sense of those teenage experiences in context of his adult life.

“I started to think about that,” he says. “I write lyrics and I never really know what I’m writing about until I’m done with it. Sometimes it will make sense to me. And those are usually my favorite songs. The ones where after the fact I realize what I meant.”

“The chorus of that song is [about being] young and lost but it’s also building up into your life. You look back on it and your life doesn’t really mean much other than the times that you have had where you feel free or happy.” 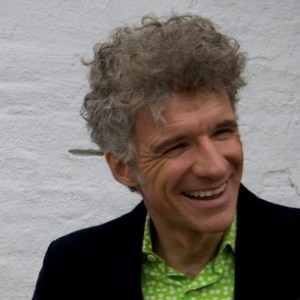