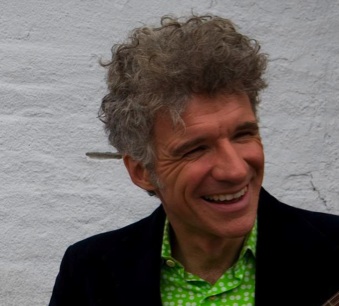 About eleven years ago, rocker Dan Zanes reinvented his career, by pursuing a brand new market: kids’ music. Young folks ate up Zanes’ rootsy albums with a spoon, while parents were thrilled that there was finally music for wee ones that didn’t make them want to murder a purple dinosaur.

Zanes’ brand new album, Little Nut Tree, features guests like Sharon Jones, Andrew Bird, The Sierra Leone Refugee All Stars and Joan Osborne. “I think any song is good if someone likes it, says Zanes. “Even if just your mother.”

How do you get into a child-friendly mindset to record kids songs?

I just have to wake up.

Do you have kids yourself? How old are they?

I don’t even think about it. this is so much more satisfying on every creative level. however, my old band, The Del Fuegos, recently reunited for a few shows. We might tour for a bit in 2012. it’s fun to be with them again, they’re my old friends. It seems to be the odd case in which maturity has helped four people to rock out.

I was eight I think. I wrote a song called ” Walking Down the Road.” I’ve been writing variations on that song ever since.

Were they good right away, or did that come later?

I think any song is good if someone likes it. Even if just your mother.

What comes easier for you — melody or lyrics?

The melody, such as it is, is pretty easy. I really sweat it out when it comes to fine-tuning the lyrics. if I can get a good title I know the rest will work out if I give it some time and energy. Lyric writing is when all of the negative voices in my head get loud and belligerent.

What’s a song on Little Nut Tree you’re especially proud of, and why?

“Summer Trains.” For one thing I like train songs and for another thing I like songs about the passing of time.

What’s a lyric on the Little Nut Tree you’re especially proud of?

If you mean a line, I don’t know. I’m not crazy about any lines if the ones that follow aren’t happening. I try to make things sound natural and easy but it’s usually anything but easy for me. I guess I try to avoid being too clever. That can be distracting. I’m trying to say something as directly as possible in a way that works for grown ups and kids at the same time.

I like the word “friend.” I’m not crazy about the word “exclusive” or the word “bedtime.”

A little of each. Every so often something will spill out but usually only a fraction of what I need will present it’s self, and I’ll have to labor over the rest. Sometimes I’ll use a whole notebook to get something right.

I don’t know. Maybe “The Wonder Wheel.” It’s about a ferris wheel in Coney Island.

Keep writing! Don’t listen to anyone you don’t trust.

I really like the song “You Wear It Well” by Rod Stewart and Martin Quittenton. It’s so personal and emotional and I’m still not sure I completely get it but I’d like to be able to say the kind of things that he says in that song to an old girlfriend. I like mysterious music and this qualifies in my book!