Regina Spektor’s live shows can be like a religious experience. On this DVD, filmed in London in front of an adoring audience, the spell the Russian-born, piano playing sprite from the Bronx weaves is palpable. The orchestral arrangements add depth, and the extra oomph she puts into songs like “Apres Moi” is worth the price of admission. The show starts with her band vamping on “November Rain,” the G n’R song name checked in “On The Radio,” and ends with her new “country song,” “Love You’re A Whore.” An air of tragedy hangs over this release (cello player Daniel Cho died soon after the concert was filmed), but Spektor’s performance will bring joy to any fan of music that can be both complicated and popular at the same time. 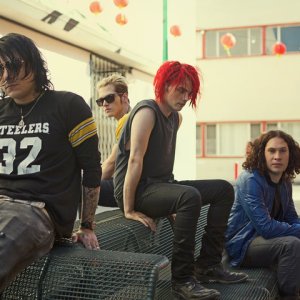