There are two, and only two, elements that make up a rock and roll song: the lyrics and the music. Ideally, they’re inextricably linked, one element weaving through the other so that the listener doesn’t really register which part of the song he or she’s reacting to. In a few very rare cases the balance is so perfect, the interplay so natural, so visceral, so inevitable, that the song seems to transcend the very form it was written in. Take “Brown Sugar,” for instance.

Built around the bruising guitars of Keith Richards and Mick Taylor over the Muscle Shoals-influenced Southern stomp of Charlie Watts and Bill Wyman, Mick Jagger howled, sneered and oozed his way through a lascivious tale of antebellum debauchery. But it wasn’t until an inspired, now legendary saxophone solo was added months later – a rolling, roaring, decadent tour de force of a solo – that the perfect balance was struck, and a song for the ages was born. Filled with both sinuous innuendo and unabashed, rollicking bravado, in that solo Mick Jagger had met his match.

That saxophone player was, of course, Bobby Keys, and that recording session with the Rolling Stones was the beginning of a 40-years-plus association with one of the biggest bands in the world. Before and, later, in between Stones gigs, he played with a who’s who of rock and roll royalty in recording sessions and on tour, seamlessly adding his inimitable, instantly recognizable sound to multiple eras in rock and roll history from Elvis to Three Doors Down. Bobby Keys passed away on December 2 at the age of 70.

I had the privilege of working with Bobby on his 2012 memoir, Every Night’s A Saturday Night: The Rock ’n’ Roll Life of Legendary Sax Man Bobby Keys, and the pleasure and honor, through that project, of becoming his friend. So while the world mourns a true rock and roll icon – he practically built that particular template through his offstage antics with the likes of buddies Keith Richards, Keith Moon, John Lennon and Joe Cocker, among many others – I’d like to look back on Bobby Keys the man and the musician.

And make no mistake, Bobby was a musician first and foremost. Raised in Slaton, Texas, just outside of Lubbock, he grew up sneaking down to the switching yards where, from across the street, he’d catch the strains of itinerant bluesmen like Howlin’ Wolf and Muddy Waters blaring out of the beer joints he was too young to even try to get into. But the biggest moment for Bobby, as he recalled it, was when he heard the sound of a live electric guitar for the first time as it wafted through his bedroom window – he was 10 years old, and on the guitar was a young Buddy Holly, playing at the grand opening of a gas station half a block away.

That was it for Bobby. He’d found his calling. That he couldn’t play an instrument held him back for a bit, as one might imagine, but then fate stepped in: Unable to join the football team because of a baseball injury, Bobby looked into joining the marching band where, by the time he got there, exactly one instrument remained. And the rest, as they say, is history.

Bobby played – and lived – by the seat of his pants. And this, I think, is the simple key to his success: What you heard come out of his horn was truly the sound of his soul, the story of his life. “I just stuck my horn in my face and started to blow,” Bobby once said of his iconic solo at the end of “Can’t You Hear Me Knocking?”, and although statements like this (which were frequent) downplayed his prodigious talent and years of hard work – he’d honed his chops on tour with guys like Buddy Knox and Bobby Vee, no small feat – he knew that it was his intuitive, improvisational nature that brought the magic. Which, again, was just the musical expression of his natural character. I don’t think it’s going out on too much of a limb to suspect that he got as much work because of his outsized personality as he did because of his ability to play the horn.

Like most rock and roll legends of his era, Bobby endured some lows in his life along with the many highs. I got to know him as he was mounting something of a comeback after a fallow period in between Stones tours, but the later days of a lifelong professional musician tend to be complicated, and bumps in the road, whether financial, medical or otherwise, were more frequent than I think he would’ve liked. Even so, I never spent an hour with Bobby where I didn’t hear him laugh. Two years after the publication of his memoir he was still dropping unbelievable stories into our conversations, stories of outrageous exploits with famous friends both living and dead, stories of a life lived beyond measure. I’ll miss those stories. But more than that, I’ll miss my friend.

This article originally appeared in the January/February 2015 issue. 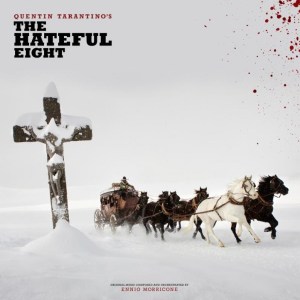 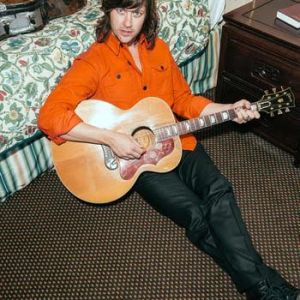