As much as the overcast skies tempted with letting go of its rain, the weather could not dampen the sunny spirits of thousands of festivalgoers who attended Day 3 of MerleFest on Saturday, shining brightest in a momentous tribute jam to Doc Watson hosted by Sam Bush and friends.

Continuing their multiple sets throughout the weekend were Della Mae, The Black Lillies, The Honeycutters, Matraca Berg, Scythian, Donna the Buffalo, Peter Rowan, Mountain Heart, The Kruger Brothers, The South Carolina Broadcasters, Red Molly and many more. The Avett Brothers also hosted a songwriter’s workshop in the Mayes Pit area, drawing thousands of attendees, as did the packed Hillside Album Hour featuring The Waybacks, on the Hillside Stage.

The morning began with Western North Carolina bluegrass band The Neighbors playing the Creekside Stage and The Snyder Family Band, featuring siblings Zeb and Samantha Snyder from Lexington, North Carolina, kicked off the Watson Stage action. Later at Creekside, bluegrass group Chatham County Line from Raleigh took the stage. After MerleFest, they embark on a tour heading to the American Southwest.

The Jim Lauderdale Band played the Americana Stage to welcome festival goers into the afternoon.  Lauderdale, a bluegrass/Americana singer/songwriter, also hosted the Chris Austin Songwriting Contest this weekend at MerleFest, and besides being known for his musical career, has hosted the Americana Music Awards the past nine years.

While over at the Creekside Stage, The Kruger Brothers had the capacity crowd clapping and wanting more.

On the Watson Stage, mandolin maestro Sam Bush played gracious host to an all-star cast of Doc Watson’s friends, musical contemporaries, and a few of the many musicians Watson had influenced over the years. Joining Bush onstage throughout the star-studded tribute set were David Holt, Bryan Sutton, Jim Lauderdale, Peter Rowan, The Avett Brothers, Wayne Henderson, Michael Martin Murphey, The Kruger Brothers, John McEuen and Jeff Hanna from The Nitty Gritty Dirt Band. Among the tributes and Watson covers, Rowan sang an original “Doc Watson Morning, D-18 Guitar Pickin’ Kind of Day”, The Avetts covered “Down In the Valley to Pray” and the ensemble closed out the memory-filled set with a stirring rendition of “I Saw the Light.”

Next up were the Sam Bush Band on the Watson Stage. Known for being an originator of the Newgrass movement, the Bowling Green, Kentucky native Bush led the progressive New Grass Revival, which lasted from 1971 to 1989. Bush thrilled the crowd with blistering mandolin solos and made the rain-drenched crowd forget about the weather.

Nashville-based country music singer/songwriter Matraca Berg resided on the Cabin Stage for her last set of the weekend, settling the audience in for  the Nitty Gritty Dirt Band.

Closing out the night’s headliners was country folk/rock group Nitty Gritty Dirt Band.  Getting their start in Long Beach, California, Nitty Gritty Dirt Band actually started as a jug band, though soon fell into the California folk scene and never looked back. Lead singer John Hanna admitted to the crowd that the group used to wait in record stores for the next Doc Watson album to be released, as well as other music albums from the Appalachia region.

Donna the Buffalo hosted the Saturday Night Dance in the Dance Tent, and The Midnight Jam featured openers The Black Lillies and was hosted by Scythian and The Waybacks, taking the attendees into the early hours of Sunday morning.

Sunday marks the closing day of an incredible MerleFest 2013 with festival headliners The Avett Brothers, Tift Merritt, the Kruger Brothers, Michael Martin Murphey, as well as The Avett Family Gospel Hour with Jim Avett and Family.

Following a momentous day honoring Doc Watson, highlighted by the preceding night’s Tribute Jam, the final day of MerleFest 26 arrived on Sunday April 29, 2013.  As the showers came down, tens of thousands made their way through the festival grounds on the Wilkes Community College campus for one last day of incredible traditional plus music.

Michael Martin Murphey began the day on the Watson Stage.  Michael Murphey, a Texas singer-songwriter known for his country/Western songs, is a multiple Grammy nominee and was a part of the Outlaw country movement in the early 1970’s along with Jerry Jeff Walker and Willie Nelson.

Continuing their multiple performances at MerleFest, artists including Eilen Jewell, Susanna and Timmy Abell, Pete and Joan Wernick, The South Carolina Broadcasters and others played their final sets of the weekend.

Next on the Watson Stage, the Kruger Brothers performed their Appalachian Concerto.  The Krugers are comprised of brothers Uwe (lead vocals and guitar) and Jens Kruger (banjo), natives of Switzerland who relocated to the Appalachian region of North Carolina, as well as Joel Landsberg (bass).  MerleFest launched the Krugers onto the American music scene in 1997.

Continuing into the afternoon, Jerron “Blind Boy” Paxton played his contemporary blues to the audience from the Cabin Stage. Based in Los Angeles, Paxton’s family is originally from Louisiana and he grew up listening to old time blues music.  He began losing most of his sight as a teenager, though is a master of the banjo, piano, guitar, ukulele, Cajun accordion and harmonica.

Returning to MerleFest as a headliner was folk/alt-country singer-songwriter Tift Merritt and her band, made up of bassist Jay Brown, Eric Heywood on pedal steel, and Noah Levy on drums. Merritt’s melodic set was greatly received by the appreciative crowd. Merritt, a Raleigh, North Carolina native, is touring in support of “Traveling Alone,” her latest studio album. She is also a previous winner of the Chris Austin Songwriting Contest at MerleFest and a Grammy nominated artist.  Merritt is also touring with classical pianist Simone Dinnerstein to promote their collaborative release “Night”.

After Merritt’s performance, Americana roots musician Pokey LaFarge and his band performed an old-time set under the awning of the Cabin Stage to segue into the final performance of the weekend.

The Avett Brothers made sure the rain-soaked crowd left dry. Closing out the incredible weekend of music, the crowd favorites jumped, danced, and sang their way through a jam-packed set to support their latest release “The Carpenter”.

The Concord, North Carolina based group is led by brothers Seth (guitar and vocals) and Scott Avett (banjo, keys and vocals), with Bob Crawford on bass, Joe Kwon on cello, and Mike Marsh on drums. Playing tracks from “The Carpenter” they also played some of their previous work, most noticeably on the thunderous “Kick Drum Heart”, which seemed to knock off any remaining raindrops from the cheering audience.

Seth Avett told the packed crowd of the impact Doc Watson had on the band’s music, including a story of when he visited Doc at his home in Deep Gap, North Carolina at the age of 13.

As MerleFest 26 came to a close, in perfect reverence to Watson, the Avetts ended their whirlwind set with covers of Watson hits “Shady Grove” and “Blue Ridge Mountain Blues.” 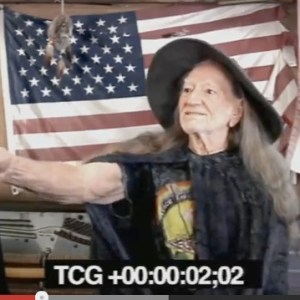