Some songs are raw because the way the music is played with a potpourri of ramshackle instruments. Other songs are raw in part because of how the music gets recorded and mixed: un-fussed, unaltered, and with no worry over any unintended sounds, speech, or ambient noise getting captured by the microphone.

Then there’s a song like the newest single from Rett Madison, that is raw entirely because of what the Los Angeles, CA songwriter chooses to sing about, in addition to how exactly she goes about doing so.

Titled “Shame is a River,” this four minute track seems to both fly by like a catchy song half its length and unfold with a deliberate slowness that forces the listener to not only hear the words but process Madison’s sincerity with more than the superficial observation. Prior to even addressing the song’s immensely intimate honesties, the melodies and backing instrumental support are a strong statement on their own. The song begins with a lower octave, cyclical acoustic guitar motif. Madison’s plucks launch notes of a soft, rounded, and gentle quality. Moving from there, the music eventually comes to take on a notable collection of instrumental parts – bass, multi-textured percussion, piano organ, strings, and electric guitar – but the acclimation of everything comes in a steady stream, like a pot of water brought every-so-slowly to a rolling boil. It’s a gradual ascension in harmonized performing, as well as dynamic intensity. When attention shifts back to Madison, her clear and bold vocals are like an extra fiery burner all their own.

Still, there’s no overshadowing the personal strength and fortitude built into “Shame is a River.” Madison lays bare amid the instrumentation, a cavernous well of convoluted and challenging realities she has faced prior to recording the song. A list almost unfathomable when stated outright, Madison lines “Shame is a River” with words and emotional performance that breach topics like depression, PTSD, anxiety, coming out in a highly conservative area of the country and – most devastatingly – grief from the loss of her mother, who took her own life. The song’s very makeup, in addition to its recording process, were tumultuous and relieving for Madison, all at the same time.

“I ended up re-recording the last minute of my vocal on “Shame Is a River” soon after my mother passed away in 2019. Wailing in a closet sized vocal booth with only my friend and producer, Theo Katzman, on the other side of the door was quite a cathartic moment for me in the studio. I usually approach songwriting and singing from a deep, emotional place but after my mother died, it felt difficult for me to fully connect with music again. Theo and I cried together between vocal takes that week but finishing “Shame Is a River” was one of the first recording sessions where I felt like I could let my grief flow through me in a healthy way,” says Madison.

Show me a picture
of where I am
Forgiven and free
Ohhh, Ohhh

“Healthy” is certainly a welcome and shining attribute to “Shame is a River,” in light of the song’s unyielding narrative intensity and painful life context. The track presents an element of sonic polish but only enough to let Madison’s own vocal power go to its most emotive place. The depth of her dynamic force, combined with the confident and steady way she is able to project that power without losing her vocal balance when the song hits its climatic apex, is reminiscent of pop vocal powerhouses like Jennifer Hudson or Kelly Clarkson but the allowance for emotional waver and the embrace of melodic deviation gives Madison’s singing a touch of humanized spirituality that resonates more along the lines of intense but intricately capable vocalists like Tori Kelly and Grace Potter.

The titular emotion of “Shame is a River” is the last thing this song offers and for what she’s put forth here, Rett Madison deserves nothing but compliments on a stunning performance and encouragement to feel pride, not shame, for having the will to persevere and work to bring all of herself – body, mind, and soul – to a more wholesome place. 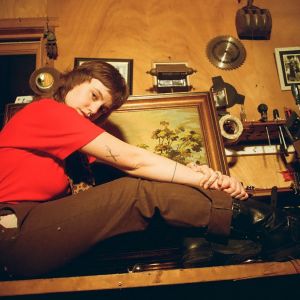 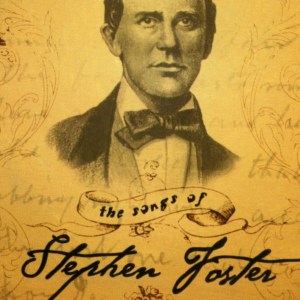