Ringo Starr | Zoom In | (Universal)
Three Out of Five Stars

The arrival of any new album by Ringo Starr brings a confounding set of circumstances. His status as one of the last two surviving Beatles places him in a hallowed position in most people’s minds, especially those that came of age during the heights of Beatlemania. It’s sacrosanct to imply anything other than infallibility for a member of the Fab Four, but the sad fact remains that other than the Ringo album and its follow-up Goodnight Vienna, Starr’s series of solo efforts have, for the most part, yielded little of lasting consequence especially as compared to the larger canon of work recorded with and by his compatriots.

Skeptics might argue that the same could be said of any of the solo work recorded by Lennon, McCartney and Harrison, but the fact remains that in the midst of some occasional fluff, each of the former Fabs created work that lingers with a largess that extends well beyond the band’s confines. Ringo, on the other hand, has mainly seemed content to go for a fluffy pop parlance that rarely yields anything of an enduring essence. That, of course, is a reflection of Ringo’s jovial, jocular personality, an identifying trademark that’s branded him as the most carefree member of the quartet, content to embody the band’s legacy in his own irreverent yet reflective way.

Naturally then, Starr’s new EP, Zoom In, will likely do little to change that perception. Although its five songs maintain a consistent theme — that of longing for a rapid end to the pandemic and the return of hope, optimism and an opportunity to share in celebration — the songs follow Starr’s familiar poppy pattern, one that exudes his typical carefree concerns. Opening track “Here’s to the Nights,” written by ace songwriter Diane Warren and featuring an all-Starr chorus consisting of the ever-reliable Paul McCartney, Starr’s brother-in-law Joe Walsh, Dave Grohl, Sheryl Crow, Jenny Lewis, Chris Stapleton, Ben Harper, and Lenny Kravitz, among the many, is a fittingly enticing way to open the album, a homage to what one hopes will be a return to happier times. The song is anthemic in its own way, thanks in large part to the uplifting performance from all concerned.

As always of course, the marquee names that aid Ringo’s efforts provide the promise that every song will reach the highest heights, and given the list of guests — guitarist Steve Lukather, bassist Nathan East, Benmont Tench on keys, Doors guitarist Robby Krieger and Toto vocalist Joseph Williams, among them — one can’t be blamed for again thinking that some monumental work will  in fact be forthcoming. Still, with Ringo being Ringo, fans must be content to simply celebrate a series of well-intended romps, from the bucolic bounce of the title track and the jovial “Teach Me To Tango,” to the one Ringo co-write, the reggae-infused “Waiting for the Tide to Turn,” and the walloping sing-along “Not Enough Love in the World,” which may come courtesy of Lukather and Williams, but still voices Ringo’s ever-constant calls for peace, love and some semblance of ‘60s idealism.

Okay, Ringo hasn’t made his masterpiece, but then again, a guilty pleasure can be worth savoring in itself. As most of his Starr-struck admirers generally conclude, it can be rewarding to zoom in albeit momentarily, rather than opting to completely tune out. 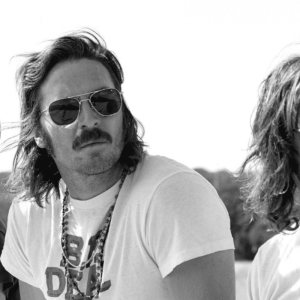 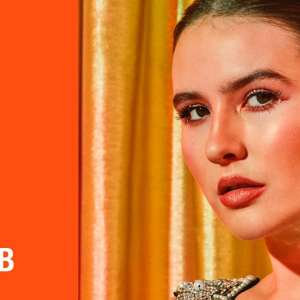