You can imagine the reaction of record company execs when their calendars light up with the upcoming anniversary of a classic title on their label. It’s “cha-ching” time as they anticipate an easy cash influx with a deluxe reissue. Just open the vaults, unearth some demos, B sides, and live tracks, commission new liner notes, slap on some new photos then re-sell the results at a markup to an aging public enamored with the artist. It doesn’t take much time or exertion and is usually guaranteed to generate returns.

But blues-rock guitarist Kenny Wayne Shepherd approached the 25th birthday of his mega-popular second album, Trouble Is (1997), with a unique perspective.

He launched a tour playing the music (recorded when he was 18) in its entirety, which isn’t unusual. But the now 43-year-old also dusted off much of the gear he used 25 years ago, re-recording the songs with a stripped-down version of his current band and original producer, Jerry Harrison. He then traveled to his Shreveport, Louisiana hometown to perform a concert in front of an amped-up audience of family and friends.

This package includes that gig on DVD, along with a new 75-minute documentary and a CD of the freshly performed Trouble Is. It highlights a milestone that remains one of the most popular items in Shepherd’s extensive catalog and the one that made him a young star. There was far more thought and effort dedicated to this venture than most anniversary issues and that is evident in the final product.

The studio re-enactment of the dozen blues rockers from Trouble Is, plus a cover of Dylan’s “Ballad of a Thin Man” that didn’t make the final cut of the first edition, finds a seasoned Shepherd accustomed to playing most of these songs for a quarter century. Little has changed otherwise though. The tunes, including Shepherd’s biggest hit, “Blue on Black,” remain as powerful today as when they first appeared. The arrangements are nearly identical although the audio is crisper and the solos are different, all generally for the better. But otherwise, there aren’t major alterations. That makes this an interesting curio and a rollicking replica, but it’s hard to capture lightning in a bottle twice.

The live concert however is very impressive.

Shepherd ignites the one-off gig by revisiting the album for about 45 minutes with his current tight, tough, road band. He then introduces the majority of the guys comprising his first backing group. They toured with the once teenage guitarist helping put him on the map in a genre where it’s difficult to make inroads, especially for an artist that young. He clearly remains indebted to them as they crank out about a half hour of more Trouble Is material. The show ends with most of both groups combining for a rousing finale on the slow blues “Shame, Shame, Shame” (from Shepherd’s debut Ledbetter Heights), extended to 13 fiery minutes.

The documentary follows Shepherd’s career, spending time with some of the songwriters that contributed to Trouble Is. Included are interviews with early band members detailing how each was found and hired, along with Shepherd’s dad who remains his manager, and many others. It’s professionally crafted, provides interesting details into the guitarist’s career, and is a worthwhile addition. The film adds to the historical nature of this release which is well worth the price, if only for the sizzling live concert, and to celebrate an album that shows no signs of age. 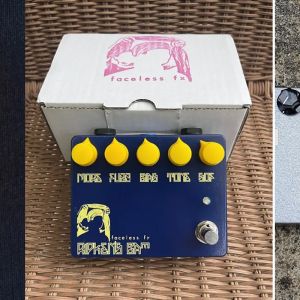 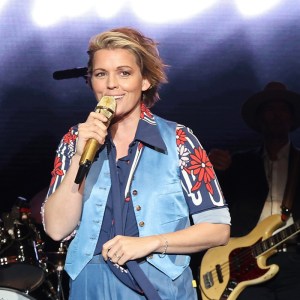