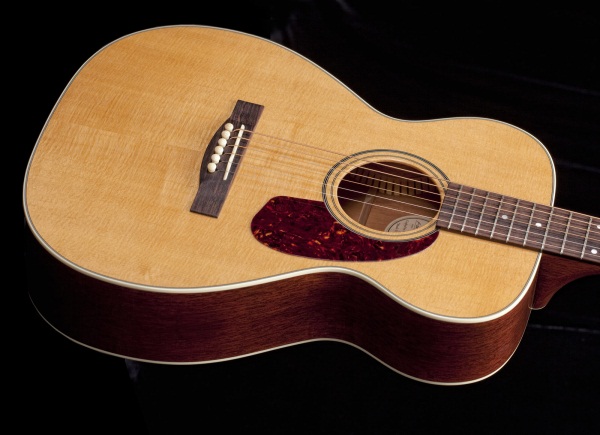 After half a century or more of dreadnought guitars being the rage – partly, of course, because the audiences artists played to grew so much – smaller guitars, such as concert models and parlor guitars, seem to be making more of a comeback (think the Baby Taylor). One reason is portability, of course, and another is just because smaller guitars are cool. There was a time when smaller acoustic guitars, modeled after classical guitars, were played almost exclusively (especially by bluesmen, e.g., Robert Johnson’s Gibson L-1) because they were cheaper and easier to tote. One smaller concert-size guitar that’s been around for decades, but is now getting more attention and is being heavily marketed by Guild, is the company’s F-20 Standard.

Guild’s vintage F-20s, like many pre-owned guitars, are seeing renewed interest because they seem to be aging so well. But for someone who wants to buy a brand new axe, the new F-20 Standards that Guild is making in New Hartford, Connecticut are deceptively sweet-sounding instruments. This writer test-drove a new F-20 Standard at a Nashville recording studio, Black River at Sound Stage, in different settings. The guitar performed well in every room, with a nicely balanced sound that carried well no matter how dead or how small or large the room was. Strictly an acoustic with no electronics, one would think the guitar shouldn’t have the capacity to be all that loud or have much of a presence without a mic because of its size. But when matched up against studio manager Nick Autry’s 1974 Gibson Hummingbird, the F-20 surprisingly, almost shockingly, held its own in terms of both volume and a highly professional tone against a vintage dreadnought that many players would love to have in their collections. It was pretty amazing how good the guitar turned out to be, both when strummed and picked and when played fingerstyle.

The F-20 Standard has a mahogany neck, sides and back, a Sitka spruce top with a gloss lacquer finish, and a rosewood fingerboard and bridge. The guitar has a dual-action truss rod, Gotoh tuners, and bone nut, saddle and bridge pins. The neck joins the body at the 14th fret and has a lower bout of 13 ¾”, ¾” more than what a smaller parlor guitar is technically supposed to have but a little smaller than, say, the Martin 00-18 (the lower bout is the larger bottom half of the guitar body). The F-20 Standard is very playable, with great action and intonation, and is a lot of fun because it’s so easy to maneuver. And for those who think of blues, folk or old country players ala Jimmie Rodgers or Joan Baez when they think of a guitar like this, think again, because even the genre-blending Bruno Mars is playing an F-20 Standard.

Accompanied by a nice hardshell case, the MSRP for the F-20 Standard is $2,499, but most retailers will no doubt dicker for several hundred dollars less. Guild also makes a left-handed model of this guitar. Go here to find a place to check one out. 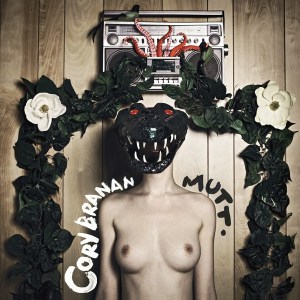 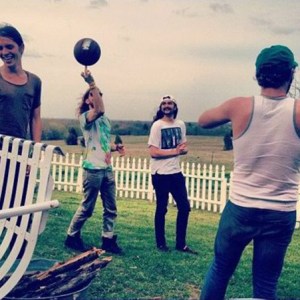