Some artists were better prepared than others when the pandemic threw a curveball into the traditional concept of recording with a band in tow, let alone touring with them. As someone who plays every instrument, writes and sings his own originals, and produces them, Dayton’s M Ross Perkins was in a unique position to repeat what he did on his acclaimed, if under-the-radar 2018 debut; crank out another set of shimmering, retro-tinged pop without external assistance.

It’s hard not to reference Paul McCartney when discussing Perkins since both can create superb pop without the need of a band. And while even Perkins’ most adamant admirers wouldn’t put him in the same league as Sir Paul, on E Pluribus Ross he acquits himself as well as,  and arguably better than, McCartney did on 2020’s also entirely solo McCartney 3.

There is no ignoring the numerous Beatle-esque qualities that creep into Ross’ music. Rather, that’s what makes it so refreshing. Songs like the quixotic “Mr. Marble Eyes (Marbles for His Eyes)” borrow liberally from Magical Mystery Tour’s Technicolor fantasies in recounting the tale of the odd Captain Rubber Heart with lyrics indebted to John Lennon’s flightier fancies. Ross also leans into Ray Davies for the Kinks-like “The New American Laureate” and exudes the more tuneful aspects of 60s UK music on the jaunty, sing-along hook of “It’s Your Boy.” He even references early Hendrix on the closing swirling psychedelics of “Funeral for a Satellite” while borrowing enough Sgt. Pepper-era Beatles to compose the effortless melodies the Fab Four always tapped into even in their often oblique later moments.

Unlike XTC in their Dukes of Stratosphere guise, Perkins isn’t copying and accentuating the sounds of this historical British music by the use of studio trickery. Instead, he runs that vibe through his own ingenious spirit, creating Crayola-colored tunes that are warm and inspired, if occasionally difficult to untangle lyrically. On “Pinball Blonde” he recounts the oddities of an infatuation with the titular woman singing She would always laugh/At my stupid autograph/As she made it into feathers for her wing. Tough to tell what to make of that, but it sounds wonderful when married to an intoxicating tune that goes Badfinger’s sturdy pop one better.

Perkins is at his self-deprecating finest on the ringing guitars and sumptuous harmonies (multi-tracked with his voice of course) “Tired of Me,” going all Searchers as he sings  I get so tired of me/ Sometimes I wish that I could/ Buy me some sleep.

Each of the eleven songs (there is also an inconsequential minute long instrumental) rewards repeated spins letting the listener marvel that one guy could craft music so layered, exuberant, and unpretentious.

How he reproduces this live is anyone’s guess, but as a creation generated by one person’s mind and talents, the wryly named E Pluribus M Ross is an impressive and often extraordinary work. 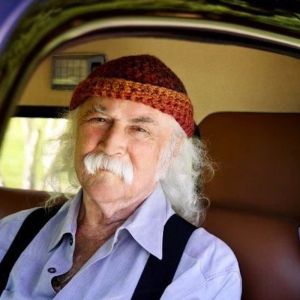 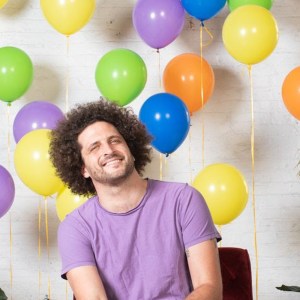