If the pandemic has proven anything it’s that bands can record credible and successful albums without seeing each other, let alone playing in the same space. Less than a decade ago, that was a rare occurrence, now it’s commonplace.

Painted Shield is a perfect example of how effectively this format can work. Its four members led by Pearl Jam guitarist Stone Gossard, powerhouse drummer to the stars Matt Chamberlain (David Bowie, Bob Dylan, Bruce Springsteen, Tori Amos, many others) and singer/songwriter Mason Jennings constructed their parts in home studios, overdubbing everything from vocals to synths on these ten intriguing tracks.

With current technology, it’s impossible to tell that these musicians weren’t working face to face, sharing a vibe and feeding off a collective energy. The songs generally fall into a darker, ominous rock vein but there are enough side roads into less aggressive, even atmospheric, territory to keep the sound diverse.

Those expecting guitar fireworks from Gossard, the most clickable name here, will be disappointed. His six-string stays in a supporting role, seldom lashing out into anything approximating a boisterous solo but coloring the vibe with a subtle touch. Occasionally he cranks out power chords as on “Fourth of July,” but that’s the exception. Chamberlain’s input on treated drums and programming drives the majority of these selections, even when Gossard latches onto a tough riff as on the rugged “Dead Man’s Dream,” which sounds like a pretty great Love and Rockets leftover.

Non-binary keyboardist/multi-instrumentalist Brittany Davis is the secret sauce. Their soulful vocals and bass on melodic rockers like “Fallin’ Out the Sky” kicks the song into overdrive. Davis and Jennings combine for harmonies on the regretful ballad “Life in Rewind” (I love you and I hate what I’ve done) providing the album with its most moving moment. But it’s Chamberlain’s thump in the portentous Peter Gabriel-styled opening “Drink the Ocean” that energizes this music.

Jennings and Davis co-write the chilly/sexy funk of “Till God Turns the Lights On” singing And I will ease your mind/Take you like the breath in me over a throbbing beat. Davis’ piano and again, Chamberlain’s pumping percussion provide the heartbeat for “Bird’s Nest” as Jennings joins to describe a bizarre dream where he wakes up burning on a funeral pyre. Unsettling, unusual but enthralling stuff.

These songs take a few listens to sink in and each is a little different. But the whole ends up being more than the sum of its parts, which makes this second Painted Shield album pulse with the unified blood of four musicians on the same philosophical page, even if they are miles apart. 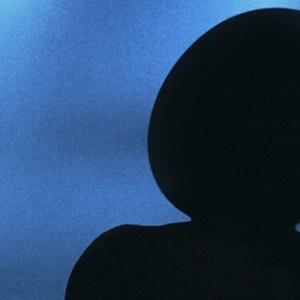