The curtain at Nashville’s Ryman Auditorium dropped as the opening note of “How Mountain Girls Can Love,” from Ricky Skaggs’ mandolin began a thrilling and fast paced set of music which featured Skaggs and Bruce Hornsby backed by the stellar musicianship of Kentucky Thunder. On tour to support the live Cluck Ol’ Hen, this was more than a bluegrass concert, this was a showcase of two musical icons taking songs in such varied and rich directions the crowd really didn’t know what to expect.

Skaggs and Hornsby tore through some classics early on; “Toy Heart,” “Bluegrass Breakdown,” and “Darling Corey,” bringing not only traditional bluegrass sounds, but with Hornsby’s piano, some intricate soulful fills and took those songs in a new sonic direction. This collaboration in part hit an apex with CMT Crossroads. Each artist performing the others songs, in effect taking the original piece of music and creating a beautiful interpretation. Nothing exemplifies such a statement than Ricky Skaggs’ lead on Hornsby’s hit “Way It Is.” Turning a poppy jazz tune into this adventure through celtic, bluegrass and even a touch of cajun music. Leading with his trademark mandolin riffs, some great banjo fills by Justin Moses with fiery fiddle playing of Andy Leftwich and of course Hornsby with the traditional piano. They took a 4 minute song and turned it into an 11 minute opus of which garnered Ricky Skaggs a 2 minute standing ovation.

Time came for Hornsby to ‘run the wheel’ as the old saying goes. He picked an old Jimmy Martin song called “20/20 Vision, But I’m Walking Around Blind.” With the help of a searing down low intro by Upright Bassist, Scott Mulvahill, Hornsby lead the crowd through an amazing ride. Equal parts greasy blues, improvisational jazz and down home country, an old standard song became something new again. The ability for Skaggs/Hornsby to do this song after song was a revelation as to their iconic status in the business of music.

Midway through the set, Skaggs found out he was going to be the Artist In Residence for the Country Music Hall of Fame. Past Artists included; Kris Kristofferson, Buddy Miller, Jerry Douglas among others. This honor for Skaggs begins in mid-November. Bluegrass standards “The Dreaded Spoon,” and Bill Monroe’s “Blue Night,” were given a fresh coat of paint and interpretation which kept the crowd involved and excited. A song like “Stubb” (a Skaggs original) was given the piano jazz take from Hornsby as he elongated it enough for the song to make sense in that time structure. Hornsby played Dan Fogelberg’s “Old Tennessee” as an homage to the great Leon Russell, with Skaggs filling in on acoustic guitar and harmony.

Ricky Skaggs and Bruce Hornsby are iconic as individual musicians. But this night in Nashville Tennessee at the historic Ryman Auditorium, they were otherworldly. 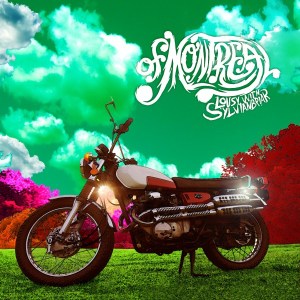 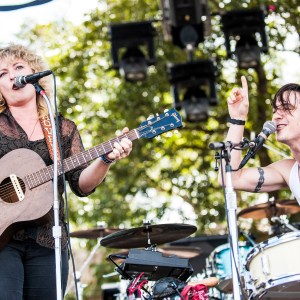