Rise Against has always been a band with something to say and with the pandemic and injustices of 2020, they have even more to sing about — and it all stems from the American shareholder economy and how America ceases to look outward.

Rise Against’s recent release of the single, “Broken Dreams Inc.”  holds all of these ideas and is drawn out even more so with the heroic/villain elements that illuminate the song’s themes, when the song was chosen as the lead single on the DC Comics’ soundtrack Dark Nights: Death Metal, scheduled for release by Loma Vista Recordings.

“This was an idea that we had been working on before we were ever approached,” frontman Tim McIlrath told American Songwriter. “The music is almost a year old and the lyrics and vocals, I didn’t write until this year.”

The music for the song was written almost entirely by bassist Joe Principe.  He sent McIlrath a well fleshed out demo of it and it immediately became a standing yes for Mcllrath.  Though the vocalist couldn’t find the right words for Principe’s song until much later, until 2020 came and images of burning cities graced living room TV sets on a nightly basis.

“Joe came in with the riff and a pretty full demo and then the vocals were a black canvas for me,” McIlrath said about the song. “I started to imagine what the vocals would be, and I tried a handful of ideas. I am a big fan of a huge catchy chorus but nothing I was writing was working so I kept setting it aside. But I always knew it was special, I was always rooting for it. At some point all the ideas started coming in the intro lyric with the city streets and the barricades and automation, it all poured out of me. And I finished it in one sitting after saying ok ‘this what it is going to be.’  And I’m really happy it’s getting a lot of attention.”

Consistently passionate about politics, people and society’s best interest, McIlrath was inspired as much as shook about the things he was seeing across the daily news; a kind of dystopian culture fueled by protests, rioting, burning buildings, police barricades and the seemingly lack of value for people and their livelihoods.  And it demanded its place in the lyrics, ‘When the city streets are barricaded/a chaos we ourselves created/when the factories are automated/broken dreams incorporated.’”

“’Broken Dreams Inc,’ was a lot of Rise Against music and dystopian imagery,” McIlrath added. “It’s like your imagination when you look out into the world and see the direction it’s going. And if we keep doing this, this is what the future is going to look like. In that sense that is where Rise Against seeks to activate and motivate people. We do it by painting a picture. The song played a lot with that dystopian nature even before the pandemic and Black Lives Matter. And it’s eerie how the lyrics fit even though they were written before.”

With the spike in protests due to the pandemic, the death of George Floyd, and business prioritization, America has dipped into a similar dystopian state as described in “Broken Dreams Inc.” But McIlrath explains there is a way out, but it requires people to look at history and redefine it, while increasing participation in the political and communal systems to affect change.  But first America must look beyond its own borders for heathy examples of how to do so.

“You have to look at history and find where industry and the rights of people have been on the same page,” McIlrath said about how Americans can find an equal footing for both business and humanity. “I think there’s a shift in American history that emphasizes the shareholder economy and what’s obvious about that world is that they don’t have humanity’s best interest at heart, it’s profit for them above all else.  There are no ethics in a shareholder economy. So, that’s something we have to grapple with to find a balance. What’s important for Americans to see is that we’re not the only ones in the game. We don’t live in a bubble, there’s so many places trying to figure this out as well. We don’t do a great job of observing what other countries have gotten it right.  If we could take notes and look outward, there are some successful society’s and we might find a way forward.”

Steeped in chaos and societal outlash, Mccllrath hopes one day he won’t have anything to sing about, as his country recovers, and society is at peace with government. But until that day Rise Against will remain a band that is constantly shouting messages of community, disruption and fighting the good fight.

“We’ve always focused on getting our message out” Mcllrath said. “I write to be read. It’s about getting ideas out there. When we started the band, this was something we were singing and writing about, we had no idea if there’d be an audience for it or not. It was a surprise when we saw there was an audience and people around the world who had a healthy appetite for what we were talking about.”

“I look forward to the day when we don’t have anything to sing about, I’ll be happily unemployed,” he added.

Currently happily employed, Rise Against has remained busy writing material this year and is excited to put out some new music next year.  Check out Rise Against’s super retro, graphic inspired music video for “Broken Dreams Inc.,” and follow them here to stay current on what’s coming up. 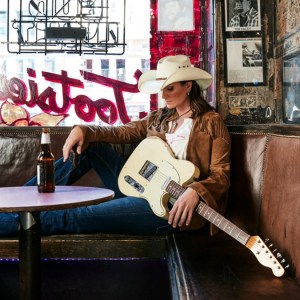