When vocalist Jeremy Bolm found himself in a bind with only mere days left to write the three remaining songs that would wrap up Touché Amore’s Lament, he headed away from his familiar and beloved Los Angeles and out to the wastelands of Joshua Tree.

With the intimate, compelling content put forth on Stage Four, the band’s previous album that Bolm wrote about his mother’s passing from Cancer just a few years ago, Bolm knew he had to craft songs equally as powerful for Lament, but he couldn’t write anymore about his grief. Instead, he relied heavily on creative solitude, hints from his favorite poet Leonard Cohen and the introduction of pedal steel guitar by his guitarist Nick Steinhardt. And it ended up being a hard shift away from the types of songs on Stage Four.

“I think it was just necessary,” Bolm told American Songwriter about Stage Four. “If anyone suffers a loss like I did, with a creative output, you can always write more about that subject. If given the opportunity I knew I could write eight more records about that, but I don’t think I wanted to or that anyone would want to hear it either. That album for me was a necessity to write and grieve. When I was doing the new record, it took a minute to see how I wanted to approach it because I knew I should not put out another record like that. I tried to focus on the positives from that experience, the appreciation for people in my life, my fiancé who was there the whole time.”

One of the three songs Bolm wrote in solitude at a motel in Joshua Tree was “A Broadcast”, one of the tracks that included Steinhardt’s experiment with pedal steel guitar. Running on the fumes of his favorite poetry, closed off in his motel room, Bolm scribbled away writing dozens of stanzas in the style of Leonard Cohen for the remaining few songs.

“I read probably 30-40 Leonard Cohen poems and then just wrote 15-20 verses,” Bolm said about ‘A Broadcast.’ “There’s even a line in it where I talk about ‘so I’ll sweep the floors for the ghosts.’ That verse is kind of a nod to Leonard Cohen’s ‘The Tower of Song.’”

Two other songs from Lament also get the Cohen tag including “Exit Row” and “Forecast,” which were written back to back with “A Broadcast.” As a Cohen fan and self-proclaimed lyric fanatic, Bolm takes his lyricism seriously and typically tackles it solo. But when it was time to record the lead single “Limelight” he heard someone else’s voice and lyrics. Andy Hull who is a longtime friend of Bolm’s and talented artist, is featured on the track and even wrote his own lyrics to Bolm’s song. And Hull’s interpretation was spot-on.

“Andy Hull’s part took the song in a different direction, in a way that fans weren’t expecting,” Bolm said. “It’s an exciting collab, Andy is awesome, and I call him a friend. We met in 2012 and always talked about working together but never did, just because of schedules. When we were working on ‘Limelight’, and got to end of the song, I kind of heard his voice and imagined what he could do.  When he recorded, he sent me videos of what he was working on and twelve lines of lyrics and asked if he could just try them. And it was like ‘absolutely, go for it!” We never had any discussion about his lyrics and I was stoked that he took an interpretation of his own about what I was singing, I just loved it.”

A second new face to the recording process was producer Ross Robinson, who has worked with Slipknot, Korn, Sepultura and even The Cure.  Robinson’s wide-ranging roster of projects was what caught Touché Amore’s eye at first and they had heard of the superb performances he had been able to pull out of his artists.

“We went to him with songs that we felt were pretty much complete and he just took them in a wild direction,” Bolm said about working with Robinson.

A new bid and guidance delivered by Robinson was exactly what Bolm had in mind for Lament as he explored new topics and content for each song, each one different from the tracklist on their previous record. And even as Bolm leaves his grief behind, the overarching goal for Touché Amoré remains the same, to adhere to making music that is honest and shows the real people they are; be it a grieving son, or a musician that just learned a new instrument.

“I’ve always stood by that- since we live in a time where there’s so much to listen to and absorb-that if someone is nice enough to give us their time, I owe them the most honest version of myself,” Bolm said. “I don’t ever want to hold back.

Lament, Touché Amore’s fifth studio record is out October 9 everywhere. And stay tuned for some livestream announcements from the band here and pre-save Lament here. 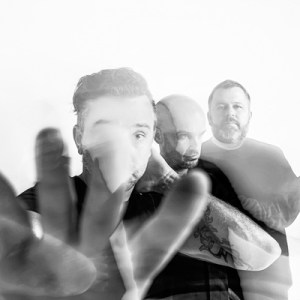 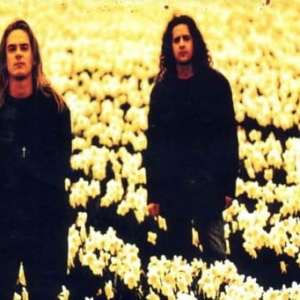