Be forewarned: he affects a baseball hat. There is also a deep, manly American voice involved. As well as big chiming guitars, anthemic choruses and almost prayerful sentiments about getting out on the road and blasting free of all your damn problems. But if you think you have superstar-in-waiting, Rob Carona, pegged, forget it. Despite the surface similarities, the kid from California, has a way with a hook, a sincerity in the voice and songs that blow past all the “Bro-Country” cliches, as they head out on the same highway where Tom Petty and Bruce Springsteen cruise. The songs on his debut E.P. Drive, are indelibly-written, easy on the ears and can make your heart soar. This fella, you can only imagine, is going places.

Still, the guy made a circuitous trip before he arrived at his true destination.

“I grew up in San Diego and was initially sort of a surfer dude,” says Carona, who tellingly, also has roots in Louisiana. “I took piano as a kid in school, mostly to get out of other activities. It was pleasant enough, but that’s about it. My interests in music were kind of haphazard, definitely not Americana or anything. I liked whatever was on the radio. Bon Jovi, Poison, ‘N Sync. I didn’t really have tastes of my own. Then I found my dad’s guitar and something clicked. I became obsessed with music and started playing in coffee shops and writing.”

After digging and being influenced by the hooky, if unhip, work of The Goo Goo Dolls, Rob Thomas and other dudes with Beatle haircuts and weird chokers, Carona found his style. Big, anthemic, heartland-style Rock.

And “me” is really good. Resulting in decidedly strong, Triple A-style radio fare like “Waiting On Wonderful,” and “Heartbreak.” He’s found a spot on some mythical musical map where Brad Paisley is playing lead guitar for John Mellencamp and Bob Seger is singing lead.

“The songs are sort of summed up by the lead single (accompanied by the sumptuous, sun-dappled vide) ‘Drive,’ says Carona. “It’s about people getting up and taking off somewhere, where maybe they can solve some of their problems and change their lives.”

Aware that the music biz is a fickle mistress these days, Carona (who recently wrapped up dates supporting Kenny Chesney), also teaches songwriting, does webinars and engages in public speaking. He’s also “intensely proud” of his charitable organization, Heart Songs For Veterans, which raises money for wounded servicemen and their families.

You get the picture, the guy seems to be everywhere at once. But, focused and calm, Carona also seems to be going places. Even with everything he’s doing, his Big American Rock is the stuff you’ll soon be paying attention to. It makes the Cowboy hatted rodeo clowns on CMT, seem like unfocused party boys. And the kid, who now makes his home in Sacramento, also has a message to match.

“If there’s any theme to my E.P., it’s ‘Get your hands dirty. Work hard hard and make things happen. ‘Drive,’ is not just the name of the record, it’s my way of life. Either literally or literally, get out there and get moving. There’s something good happening just down the road.” 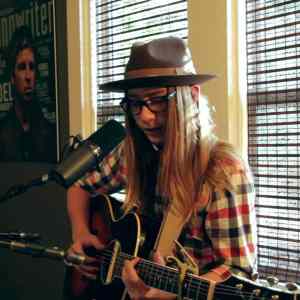 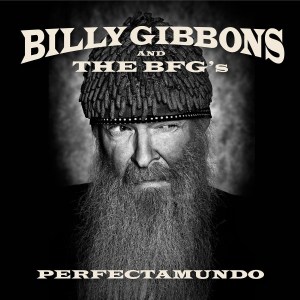