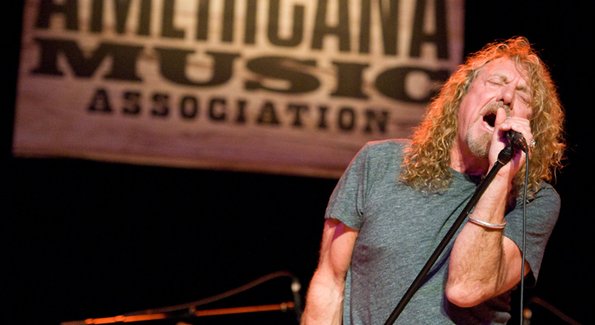 Last year, Robert Plant and Band Of Joy were the special musical guests at the Americana Music Association Honors and Awards, turning in a spectacular mini-set at Nashville’s Ryman Auditorium. This year, they’ll return as nominees, as they’re up for Album Of The Year, Group Of The Year, and more. Other big nominees include Elizabeth Cook, The Civil Wars, and the decidedly-not-American Mumford and Sons.

The nominations were announced today by Rosanne Cash at the Gibson/Baldwin Showroom in New York City. Levon Helm, T Bone Burnett, and Nashville mayor Karl Dean were on hand to add to the festivities. The Americana Music Association Honors and Awards, now in its 10th year, will be held October 13 at the Ryman Auditorium.

ALBUM OF THE YEAR

ARTIST OF THE YEAR

NEW/EMERGING ARTIST OF THE YEAR

DUO/GROUP OF THE YEAR

SONG OF THE YEAR

INSTRUMENTALIST OF THE YEAR