If Roger Cook’s latest single, “Marijuana Moon,” sounds like it was hummed and howled into a starry night sky, that’s because it was.

“We had a moon, a river, candlelight, sufficient libation and something else to elevate our spirits, a pencil, some paper and a little tape recorder,” the English singer-songwriter tells American Songwriter of the song’s conception. “[That’s how] ‘Marijuana Moon’ was conceived and born. Songwriting can be such fun sometimes.”

In “Marijuana Moon”–premiering today on American Songwriter–the 79-year-old Cook offers a dreamy ode to, well, marijuana and the moon. It’s a delicate, meandering number, with Cook’s doleful vocals punctuated by chuckles, whispers, and coughs. The song sounds like it could’ve been recorded in that scene with the river and candlelight, the libation and tape recorder.

“Marijuana Moon” begins with faint guitar strums that seem to flicker before giving way to Cook’s first verse: “Marijuana moon / high up in the sky / we’re alone together / you and I.” Each line wafts out from Cook like smoke, totally unhurried: “Marijuana moon / big ol’ lemon pie / I got a spliff and a cold one / buzz’n like a fly.”

Even the song’s more somber moments are marked by a sense of peace: “Sensimila left me / left me sad and blue / I just lay around all night / nothing much else to do.” And there’s something especially tender in his direct addresses to the moon: “If I had my way / I’d be there with you / hanging with the stars / marijuana moon.”

Yet the most moving part of the track is a brief whistled verse that comes in around 1:40 and returns again at the end, around 3:10. The whistling perfectly captures the spare, wistful ethos of the song–it contains yearning, mournfulness, and contentment all at once.

Cook is most well-known for his work with Roger Greenaway. The duo ground their teeth in their native Bristol’s fledgling ‘60s pop scene, eventually writing original compositions for themselves (first as David and Jonathan, then as The Congregation) and numerous other artists such as Blue Mink, The Drifters, and George Strait, just to name a few. Cook also had a hand in writing The Hollies’ 1972 hit “Long Cool Woman in a Black Dress,” The Fortune’s 1965 hit “You’ve Got Your Troubles,” and The Hillside Singers’ 1971 hit “I’d Like to Teach the World to Sing (In Perfect Harmony),” which was popularized in a Coca-Cola commercial.

With “Marijuana Moon” Cook delivers a timeless sound that nods to the rock, country, and pop songwriting traditions that he has helped shape over the last half-century.

Near the end of the song he substitutes “Marijuana Moon” for “Marilana Moon,” but this substitution doesn’t sound like the garbling of an intoxicated person–it sounds like the freedom a storied songwriter affords himself to mess around, not quite ready to pass the spliff or put down the guitar. What a hit. 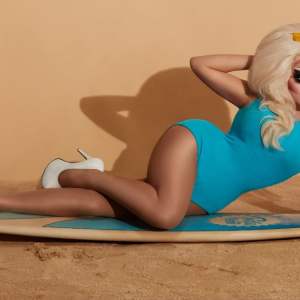 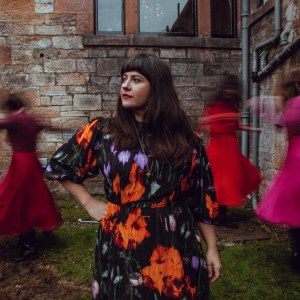