Rogue + Jaye
Pent Up
(Tropicali)
Rating: 3 out of 5 stars

Given guitarist Zach Rogue’s instrumental similarity to Lindsey Buckingham and Courtney Jaye’s vocal resemblance to Stevie Nicks, it comes as little surprise that the duo listened to Buckingham/Nicks before recording their first album together. If Buckingham/Nicks had continued as a professional twosome, it’s likely the follow-up to their lone 1973 album (that never materialized) would have sounded a lot like Pent Up.

That analogy is even more evident as this debut — interestingly recorded in Nashville’s Fleetwood Shack studio — unwinds. But Jaye, who already has three well-received if under-the-radar solo releases in her catalog, and Rogue with about twice that (as frontman of indie rockers Rogue Wave), are even more polished and professional than Buckingham/Nicks were when they started. On Pent Up Jaye and Rogue spin out 10 enticing tracks that pretty much define a laid back yet slightly edgy Californian folk-rock vibe.

They’re best when sharing leads then coming together on choruses, such as on “Forces Of Decay,” a sweet, romantic, acoustic track with subtle, bubbling percussion that perfectly displays the twosome’s intimate, effortless, intertwining approach. The same sense of smoldering love infuses the appropriately titled “Hearts Beat Wildly,” which starts out dreamy, then ratchets up the tension as the overdubbed guitars crank up the drama and sensual heat.

Jaye’s honeyed vocals are committed and convincing, while Rogue’s dryer singing provides a flawless counterpoint on wistful, pensive tunes such as “Til It Fades” and the opening folk-pop of “Over And Over.” The latter, with its rootsy brushed drums and the duo’s steamy “hold me near/ turning towards me” lyrics, balances the duo’s country, pop, folk and singer-songwriter approaches. It’s impossible not to notice the resemblance of this album’s “Golden Lady” to Fleetwood Mac’s “Dreams” but you never feel these two are just aping the Buckingham/Nicks style. Rather, Jaye and Rogue, who sound more like the Everly Brothers on the closing “Claws,” use that basic template to create their own palette from which to craft these inviting sound paintings.

A few tracks drift and perhaps a bit of a tougher edge would have helped urge these two past their comfort zones. But there is a chemistry here that transcends the songs and generally stripped-down arrangements, making this a solid first step in what hopefully will be a lasting and fruitful professional relationship. 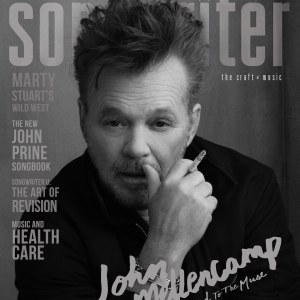 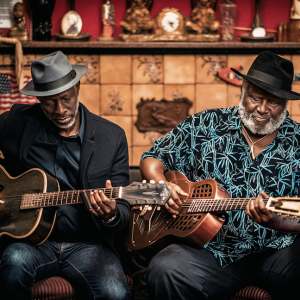