It’s not all about the Beatles. The Rolling Stones are still kicking and screaming.

This November, the world’s greatest rock and roll band will reissue their seminal live album, Get Your Ya-Ya’s Out! The album, recorded in late 1969 and released in 1970, will soon be 40 years old. That’s a lot of ya-yas.

A special Deluxe edition will feature a never-before-seen live DVD from the tour, and a bonus disc that captures show openers Ike and Tina Turner.

November 26 and 27 mark the 40th anniversary of the recording of the Rolling Stones concerts at Madison Square Garden that yielded the epochal Get Yer Ya-Ya’s Out!, the band’s definitive live album. In recognition of that historic occasion when “The World’s Greatest Rock ‘n’ Roll Band” played “The World’s Greatest Stage,” ABKCO Records will release Get Yer Ya-Ya’s Out! The Rolling Stones In Concert – 40th Anniversary Deluxe Box Set and a Super Deluxe Box Set on November 3rd and November 17th respectively. The late Lester Bangs reviewing the original album in the November 12, 1970 issue of Rolling Stone wrote, “It’s still too soon to tell, but I’m beginning to think Ya-Ya’s just might be the best album they ever made. I have no doubt that it’s the best rock concert ever put on record.”

The Deluxe Box Set comprises three audio CDs including a remastered disc of the original Ya-Ya’s repertoire as well as a disc of five previously unreleased Stones tracks recorded at the same Madison Square Garden shows. The third CD encompasses unreleased performances by the shows’ stellar openers: B.B. King and Ike & Tina Turner, five songs from the former and seven songs from the latter. The Box Set also includes a 56-page Collectors Edition book featuring photos and an essay by Ethan Russell, the acclaimed photographer who accompanied the Stones on the ’69 tour, as well as the original Rolling Stone Magazine review by Lester Bangs and a series of recollections from a cross-section of fans who attended the concerts and a replica of the original Stones ’69 tour poster by David Byrd. There will be a code in a limited number of Box Sets enabling fans to download “I’m Free” for Guitar Hero 5.

Included as well is a bonus DVD by legendary filmmakers Albert and David Maysles, also entitled Get Yer Ya-Ya’s Out! The film includes brilliantly shot full-length performances of the five previously unreleased Stones songs — “Prodigal Son, “ “You Gotta Move,” “Under My Thumb,” “I’m Free” and “(I Can’t Get No) Satisfaction.” Beyond the song performances – presented in 5.1 surround sound — the film includes a sequence with Mick Jagger, Charlie Watts and Jack the donkey during the cover shoot for the Ya-Ya’s album and backstage tête-à-têtes between Keith Richards, Jimi Hendrix and Mick Taylor. During “Satisfaction” Janis Joplin is seen doing an impromptu boogaloo at the side of the stage. There is also a sequence shot at Olympic Studios in London during a mixing session plus a heliport summit meeting with the Grateful Dead. The film will have its world premiere at the New York Film Festival on September 26.

ABKCO CEO Jody Klein, in announcing these releases, commented, “The 40th Anniversary Ya-Ya’s Box Sets not only capture the entire musical performances of the Garden concerts for the first time ever but, with the addition of Ethan Russell’s intimate photographs and the Maysles revealing film footage, recreate the magic and mystique of the shows for everyone to experience. It is clear now, 40 years later, that Lester Bangs had it right when he wrote that Ya-Yas was the best rock concert ever put on record.”

6. Sympathy For The Devil

1. Everyday I Have The Blues

8. Son Of A Preacher Man 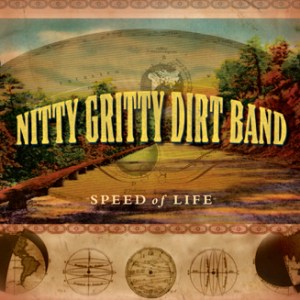 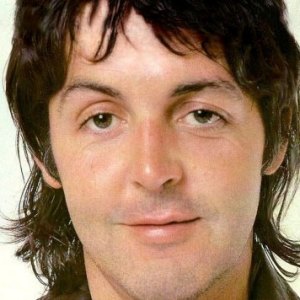