Legendary musician, Miles Davis, would often exhaust the songs he played. He never performed the same piece the same way twice. It’s why he would change time signatures, song lengths and even keys when he would perform the cuts off his world-famous records live. It’s also why he changed genres so effortlessly, frequently and masterfully. The trumpet player, who burst on the scene with his smooth, cool, muted sound, would later evolve into one who did stadium tours, performing with distorted rock musicians and their fuzzy guitars. Indeed, Davis was far-reaching. And the artist’s most recent (posthumous) release, Rubberband, hit stores in 2019 (and soon after number-one on the Billboard contemporary jazz chart). The record is the latest in a seemingly never-ending string of songs from the musician who touched so many with his extensive sound.

“Part of it came from his natural talent and his desire when he was young to learn how to play everything,” says Davis’ son, Erin. “But the other part, to be honest, is that he just could not see himself playing the same songs over and over again. When he took his music on the road, it would change and morph. He wanted to be able to have the freedom to push songs in different areas until it was done.”

Rubberband, which was first started in the mid-80s, was later put on pause after Davis’ attentions were pulled into another creative direction – his 1986 album, Tutu, which hit number-one on the Billboard top jazz charts after its release. The original Rubberband tracks were recorded with the help of Davis’ nephew, Vince Willburn Jr., who played drums on the album, and producers Randy Hall and Zane Giles, who guided the effort. Recently, however, Willburn Jr., Hall and Giles thought to go back and rework those original tracks, updating their sound and completing the effort (with special guest features).

“It’s a blessing,” says Wilburn Jr., who, for years, also drummed with Davis in his band.

Erin and Wilburn Jr., who are very close, both as collaborators and as family, say they talk regularly about music and life, in general. The two speak on the phone (unable to see each other during the COVID-19 pandemic) almost every day, sometimes more often than that. Together, the two wanted to help ensure Rubberband had a modern sound. To achieve that, Willburn Jr. helped recruit Hathaway (daughter of the famed, Donny Hathaway), who offered spirited, soulful vocals to Rubberband’s standout single, “So Emotional.” The track is a new one composed by Hall, Giles, Wilburn Jr. and vocalist Medina Johnson with Davis’ original trumpet, which weaves in and out of Hathaway’s sublime singing.

“I think,” Wilburn Jr. says, “if I may say so, we are proud that we kept the integrity of the original compositions. And then we also got to add people like Lalah Hathaway, who is a friend and an enormous legacy.”

Wilburn Jr. says he, Erin and rest of Davis’ close friends, family and collaborators would often refer to him as “Chief.” It was a sign of respect and, today, the group of players still feels like a “fraternity” to him. The familial nature was borne in Davis’ ability to be the creative centerpiece many needed. Davis’ nephew recalls a story of the trumpeter on stage in Beirut during a political uprising. Wilburn Jr. says a fan leapt on state past security, fell to his knees and grabbed Davis’ ankles, just to offer praise.

“That story put tears in my eyes,” Wilburn Jr. says.

Growing up, Erin says he realized his father was a big deal when his friends’ parents would go out of their way to praise the musician. Later in life, he traveled with his father around Europe and Asia and saw the great reverence he would receive there. Similarly, Wilburn Jr. recalls massive amounts of records around his house and, when traveling with his uncle, he remembers being stopped by fans in terminals who’d ask for autographs.

“As a kid,” he says, “I was like, ‘Why are they messing with my uncle?’ I couldn’t put it together until I got older.”

Davis, who had a paper-route when he was younger to earn money, grew up in East Saint Louis. His father was a prominent dentist and his family had means. As a teenager, Davis moved to New York City (Wilburn Jr. says the rumors is that he moved to the Big Apple the day after he graduated high school) and began playing with Charlie Parker. He went to Julliard the study music on a scholarship. Eventually, he hit it big with seminal albums like Kind of Blue, Bitches Brew and dozens of others. Davis, who rarely spoke and, when he did, talked with a rasp, also had dark moments in his life, including suffering from a heroin addiction. But he always seemed to bounce back – even, now, from the grave. Ultimately, Davis always wanted to explore music until he passed away in 1991 at 65-years-old.

“Uncle Miles didn’t speak to a lot of people,” Wilburn Jr. says. “He wasn’t a social butterfly. But he sure did talk with his horn.”

Check out recent projects including the newly released MilesStyle: The Fashion of Miles Davis book & documentary, Miles Davis: Birth of the Cool which is out on DVD now and streaming on Netflix. 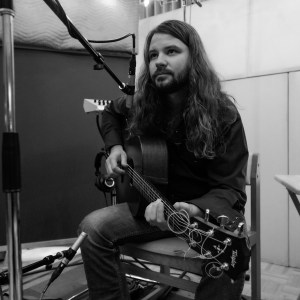 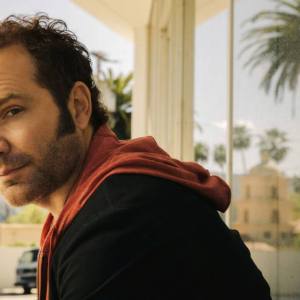