Brent Cobb didn’t know. Fifteen years old, playing pool in a basement with his eye on a certain girl, it was a sound like something he’d never heard. “Busted in Baylor County,” “Lonesome Blues,” “Fourth of July” poured out of the speakers in that South Georgia basement.

“I asked, ‘Who are we listening to? This is cool as shit!’,” he remembers. “I knew there was nothing else like it, and I wanted to hear more.”

A few things about the seminal moment when Cobb got turned onto a kind of unvarnished country that would change his life. Revelation attained. He got the girl; they’re now married living in a house on a lake she bought when she got out of pharmacy school. He figured out how to create that same kind of porous honesty and musicianship in his own music. And he found out – a few months later – he was related to the guy who produced the record.

Dave Cobb hadn’t yet ascended to his vaunted place in American roots music. But in the early 2000s, Cobb and Jennings made Put The O Back In Country in attempt to reclaim the roughneck and real back in the Outlaws rock-fringed country had three decades prior.

“To us, that was what Caifornia country sounds like. We didn’t know, but he was young and looked like us, lived like us. We were all young, stoned and trying to write songs. We didn’t know what it meant, or if it was made in Nashville, California, somewhere else.”

When the kin met a few months later, Brent knew what he needed to do.. A wide-eyed kid, he headed for the West Coast and fell in with the practitioners of that alternative country scene. He was in the room when Jamey Johnson cut “High Cost of Livin’.” He watched Shooter Jennings chase down a sound somewhere between Waylon and Hank, Jr. He absorbed the brio, the punk ethos and the wild-eyed practitioners of secessionist Music City insurrective country.

After a while, he drifted to Nashville, determined to master the craft of songwriting. Not the cookie-cutter stuff being pumped out of publishing houses, but the essence of country that made Harlan Howard and Bobby Braddock distillers of truth. Falling in with Frank Liddell, whose Carnival Music has been home to Bruce Robeson, Troy Jones, Natalie Hemby and Scooter Carusoe, he found someone intrigued by developing Cobb’s uniqueness.

With Keep ‘Em On They Toes, his fourth album, the philosophical songwriter/artist arrives. Literally, returning to live his native Georgia. But artistically, he created an album tangy, pungent and stripped down to the bare essentials. Recalling Willie Nelson’s The Sound In Your Mind, Toes’ drawling song cycle leaves room around the instruments, so the fiddle can spread out, the high hat’s tat has dimension. You feel the songs as much as listen.

But the real trick is how artfully he seeds he’s old-time grooves with meaning. If “Diggin’ Holes” and “Black Crow” from his Shine On Rainy Day debut have somewhere between 6- and 7,000,000 Spotify streams, his wonder is now tempered by knowing – and his songs take on a politicism one might not notice if they don’t understand the Southern storytellers’ way.

“It feels like home, I guess,” he offers. “Most writers write about their heart’s desire, and I’ve never been one who felt trapped in a small town. I left young, was gone for 12 years and I learned there’s a common ground when you meet people anywhere. People are all pretty similar. Besides wherever you are, it’s not gonna be there forever.

“I wrote ‘This Side of the River’ first, and I live on one side of the river, watching the water clover take over the slough is what I do. But is that what the song’s really about?”

Silent laughter hangs in the air. Like any good magician, there’s what you think you see, and what you mean. The slinking saunter of ”Sometimes I’m A Clown” is a scrapbook of life as it’s lived, but it’s also a philosophy for not getting caught up in the traps that life serves you, to find the pressure valve in it all – and be joyous while you can.

Grown up on a steady diet of listening to Rick Jackson’s Country Hall of Fame on the radio with his Dad, going to Kinchafoone Wildlife Club “located on the Kinchafoone Creek” where the generations of men would gather for tall stories and Texas Hold’Em, seeing his father and uncle play in a local cover band, Cobb got steeped in the regionalism early. It stayed with him.

“It is my voice,” he says of the colloquialism inherent in the title track. “But I am aware of it. Also, it’s to me, because it is my voice. I’ve always enjoyed the way the people growing up listened to people telling stories. You lean in to hear it.”
Indeed, “Shut Up and Sing” is anything but what the conservatives think. Chuckling, he admits, “For me, I’m better at articulating my thoughts in song. Some people are good at talking and sharing their ideas, but me? I’ll sing you my truth instead of talking about it.”

It’s the same turnabout with the shuffling “Dust Under My Rug” and corner-of-the-mouth drawler “Soapbox,” a lightly Dixieland number with Nikki Lane.  A 1-2 punch of being aware and respecting others, it’s given a patios that makes sense without lecturing.

“I try to be aware it’s all temporary. These trivial quarrels we get into are birthed out of anxiety, some of it’s the environment you grow up in, but we’re all gonna die one day. So we should try to be happy…
“It’s like ‘Rug,’ all these people are just gonna sweep it under the rug. If you’re sweeping your dirt under your rug, I can’t say anything; but if it’s under my rug? Come on. Nobody pays any attention to how to fucking solve anything. That’s the whole deal of everything, really.”

You’d think he’d sound charged up, but it’s still a solid conversational cruise. He sees the lunacy, knows the crazy all around him. Not stoic, he has a resoluteness inherent to good ole boys from across the ages.

“Bitching about it doesn’t make it any better,” he reasons. “If you spill milk on your carpet, and you go, ‘FUCK!” You’ll still have to clean it up, and all the ranting doesn’t make you feel any better taking care of it.

“If there’s a job to be done and you’re not looking forward to it, you have no choice. You can go in dreading it and letting everyone know, or you can just take care of it. I know which one I’ll do…”

Still, the kid raised on Tom Petty, Robert Earl Keen, Cross Canadian Ragweed and his dad’s band moves from the foreboding “The World Is Ending” to the simple “Little Things,” a gentle reminder of what matters.
“I don’t know if it’s American politics, but I didn’t do it intentionally. I have two kids, and you find yourself asking much different questions. Does it matter who I am? Really not so much. It’s more about who we are in creating the world for them.” 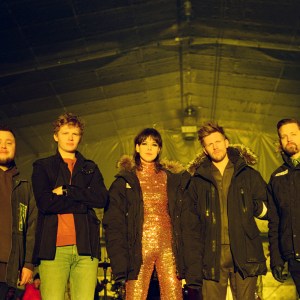 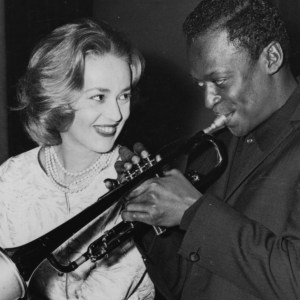