On this particular day, Adams is feeling a tad conflicted. He’s still thinking about a recent New York Times piece on him that used an out of context quote, “Weed helps a lot,” as the headline for his Q&A. (The truth is, while Adams is not shy about his marijuana use, he was referring to how smoking eases the symptoms of Meniere’s Disease, the inner-ear disorder he suffers from which causes nauseating bouts of vertigo.)  In addition, he’s gearing up for a meeting with comedian Garry Shandling to discuss a series of quirky promo videos for his new album (which would also feature Don Was and Bob Mould), as well as buzzing over some new gear that studio engineer Charlie Stavish ordered. But, before the day can continue, a trip to Javista, a coffee and tea shop a few steps away from PAX-AM, is in order. Stavish grabs his keys, and he, Adams, and band member Mike Viola all suddenly find themselves on a mini field trip.

“I do not entertain doubt or fear in my music,” Adams explains, referring to his way of tackling the songwriting process. “Music is a pure fucking channel where there are no wrong answers. It is life force. It is babble. It is the unconscious and conscious. I can’t personify the relationship that I have with it in a single statement because it is all of them and nothing at the same time. It just is a living pool of energy that at anytime anybody can dive into. I can kick a fucking guitar for an hour, and I bet after awhile the guitar tuners are going to drop down into something that sounds quite beautiful.”

Once the gang hits Sunset Boulevard and walks into Javista, the owner warmly greets Adams and notes that a photographer was just there snapping pictures of the place after Adams mentioned the shop during an interview for an airline magazine. “I’ll try not to mention you in magazines anymore,” Adams jokes as he orders a Ceremonial Matcha, which is a potent shot of powdered green tea and has a taste which can best be described as warm grass. “When it comes to music,” Adams says as he gulps his tea shot, “I can’t think of a better thing to do, creatively, than to do it or help somebody else to do it.”

It’s that pure passion that earned Adams one adjective that follows him around wherever he goes: prolific. It’s as if fans, critics, and peers can’t say the name “Ryan Adams” without blurting out the word “prolific” as well. “I have a feeling he’s the kind of person whose brain doesn’t turn off easily, and that’s probably why he’s such a prolific songwriter,” says Jones. “I’m certainly not able to create the way he creates. He just has that energy and the drive.”

Viola, a close confidante of Adams, has a similar take. “He doesn’t take a break or go on vacation ever,” he notes. “Why walk away from something when it’s available to you? We made a double record this summer and then threw it all out, which we had to do to make this new album. We worked on hundreds and hundreds of songs for it. But look at how it used to be done. In the ’60s, The Beach Boys made 19 albums in seven years.”

Back at PAX-AM, Adams’ prolificacy pops into conversation. “I only ever made one album a year. I once released three within a one-album cycle (in 2005), and they buried the third one because they thought it was crap and now they’re my most loved live songs ever,” he says, referring to 29. “I think I had to get to a certain age where I didn’t care what people’s opinions [about my output] were. For a long time, there was all this discussion. I would see people going, ‘He’s releasing too much material,’ or ‘I think his music would be better if he condensed his material into one record,’ or ‘His career would be better if he didn’t have so many records,’ or ‘I like all these records.’ I was looking at all this noise, thinking that you don’t get those breaths back. I use mine in a way that I think is actually more in line with how the cosmos wants you to experience it. We’re conscious creatures in a universe of chaos. Why are people curating other people?” Suddenly, Adams’ classic intensity appears as he gets deeper about the misperceptions of his prolificacy.

“People are usually so fucking lazy. As everyone dies and their life force is leaving their body, what percentage of people are going to feel this heavy gasp? Not because they’re dying, but because they’re realizing that so many people are so fucking lazy, timid and fearful of actually ensconcing themselves in their chosen craft. Only because they weren’t able to make that simple decision to have faith in their ideas on what they were spiritually inclined to do what makes them happy, and not make it seem so foreign to them in a society whose ultimate construct is to remove a person from all of the obvious signs of their actual identity.” Ryan Adams is getting intense again. 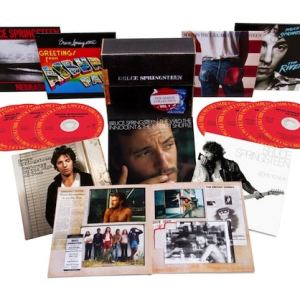 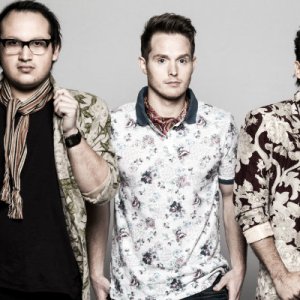