It’s only fitting that SadGirl’s first single following their stellar debut LP—2019’s Water—is called “Learn to Swim.” Today the LA surf rock band debuted the track on their Instagram along with a hazy claymation video.

Musically the track evokes some of the more meandering guitar- and synth-driven numbers on Mac Demarco’s 2015 album Another One, such as the title track, “Without Me,” and “My House By the Water.” It’s a dreamy, drifting song about staying afloat during tough times.

“With all of the shake-ups and cancellations, I felt like the song needed to get out there,” said Lindes in a statement. “It seemed too relevant to everything that was going on. I want people to know we’re still here and we’re gonna be here after this has all settled down. Adapt and thrive.”

The video follows a dazed orange dude in a cowboy hat who goes on a multidimensional adventure that involves a magical puddle, old TV sets, aliens, and floaties. Some shots of palm trees and pools evoke Los Angeles, but the video doesn’t seem to be grounded anywhere in particular.

“I wanted to illustrate my interpretation of the song using color and texture,” says director Owen Summers. “Looking to emphasize the charm of the hazy melody, I used the character and his strange journey to embody what the song meant to me.”

“Learn to Swim” is the first official single the band has released since their debut LP, which arrived last June via Suicide Squeeze (labelmates include Death Valley Girls, Guantanamo Baywatch, and The Paranoyds). SadGirl also released their Breakfast for 2 EP on Suicide Squeeze, in 2018, following a string of self-released lo-fi garage rock singles and EPs.

More recently SadGirl released a pair of “Sing and Play” tracks via bandcamp: “Special quarantine mixes of ‘Breakfast for 2’ and ‘Chlorine,’ so you can learn to sing and play along,” they wrote in the release description. “Unlock your inner musician!”

“Learn to Swim” is out May 8 via Suicide Squeeze. Water is out now. 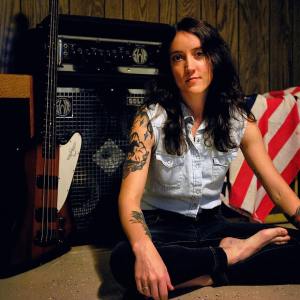 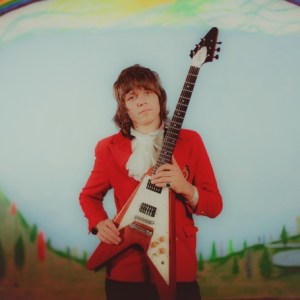