The most exciting show I witnessed at the 2015 South by Southwest Conference was San Fermin’s. The octet resembled a thousand other indie-rock bands from Brooklyn: black clothes on slender frames, a thumping pulse and coolly ironic vocals. But the set-up was odd — trumpet, tenor sax, fiddle, lead male singer, lead female singer and rock rhythm section — and the music kept shifting gears in ways that caught even the most jaded listener off-guard.

“The Count,” a song from the band’s 2013 debut album, began with Charlene Kaye, wearing a sleeveless back pantsuit, singing to herself in disillusionment: “If I don’t find my own true love, I don’t care, don’t care at all. I don’t bite on caramel lies.” The synthesizer and guitar behind were as chilly as her soprano, but her solitary musings were suddenly interrupted by the outside world bursting in on her in the form of noisy horns, strings and percussion playing a funk interlude.

And this interlude sounded as complicated and insistent as real life, thanks to the mesh of counterpointed melodies within the groove. The song’s narrator could try to hide out in her own apartment with the intricate minimalism of her melancholy melody, but the larger universe — and her own irrepressible desires — kept breaking through the barriers. By the time baritone saxophonist Stephen Chen and trumpeter John Brandon had climbed atop the flanking PA speakers to bark out their blaring horn parts, there was no denying the claims of the public sphere.

But who was responsible for this astonishing musical drama? Was it Kaye or her fellow lead singer Allen Tate? That’s the usual pattern in rock bands, but it wasn’t the pattern here. Was it the extroverted horn players or singing violinist Rebekah Durham? No, it was the self-effacing keyboardist Ellis Ludwig-Leone, who seemed to deflect attention even as he was giving all the musical cues and guiding the band through each twist and turn. With his nerdy glasses sliding down his pointy nose, he kept his head down over his keys, as if to say, “Pay no attention to the man behind the curtain.”

But Ludwig-Leone had written all this music and all the lyrics, had arranged and produced the records, and had hired the players now performing it. And his background as a classically trained musician who had worked closely with the famed composer Nico Muhly explained why San Fermin’s rock music is so rich in unexpected intervals, rhythms and harmonies. Even the listener who can’t grasp the technical aspects of those nuances can feel them in the constant surprises and depth of the songs.

When San Fermin ends its nine-month sabbatical with a show at this year’s South by Southwest, the band will be introducing its third studio album: Belong. That Austin show will kick off several months of touring to support the new recording, which is less of a concept album than its two predecessors and more a collection of terrific stand-alone songs.

“I wanted to write songs that were more personal,” Ludwig-Leone says, “where each one existed in its own world. I pushed away from trying to do something theatrical, from thinking about what happens now in the larger arc of the album’s story. I’d done that. As my career has developed, I have more options to do long-form works in the classical world. For this record, I wanted songs that each had enough energy and power to stand on its own.”

He is sitting at the wooden counter at the Sit & Wonder, a coffee shop six blocks south of his apartment in Brooklyn’s Prospect Heights. He wears glasses with translucent frames, a gray stocking cap, a gray scarf and a gray sweater. But unlike his shy demeanor on stage, he wears a friendly grin and is cheerfully willing to go down any rabbit hole his interrogator might suggest.

“When I started writing these songs,” he explains, “I’d been on the road for three years since the first record came out. I was 23 then and I’m 27 now. A lot has changed in my life in that time. I wanted to write some songs from my own perspective instead of writing for characters. In general, I feel disconnected from people, and being part of a group has helped me overcome that.”

You can hear that in a song like “Better Company” on the new album, which has Tate singing, “Oh, I wish I kept myself a little better company … someone better come for me.” That someone arrives in the form of honking horns and chirping female vocals that dispel the singer’s isolation. Something similar happens on “Bride,” where Kaye confesses serious doubts on her wedding day over an icy pulse. Meanwhile, a boisterous party is getting started outside her door.

The songs don’t sound dramatically different. The lead vocals are still handled by Kaye and Tate; each song is still structured around the tension between the narrator’s personal thoughts and the noisy intrusions of the real world in the form of the band. What is different is the strength of the hooks and the grooves. There’s still no full-time bassist in the band, but guitarist Tyler McDiarmid switches to bass more often on the new record.

“One of the cool things about having a band,” Ludwig-Leone says, “is being able to groove. I love a lot of dance music, but I like to leave a little room for the arrangement to breathe — and the bass fills up so much space. On this record, however, I cleared out an area for the bass. I’ve evolved on the issue of repetition; I used to shun it, but now I realize that if you want the listener to grasp the song, you need repetition. But there’s a certain point where repetition gets boring.”

He solves that problem by juxtaposing groove sections and dreamy sections within the same song. The debut album, 2013’s San Fermin, was noted for alternating songs with instrumental interludes. On the new album, the interludes happen within each song. And even the songs with the deepest grooves feature secondary rhythms. “Cairo,” for example, adds string triplets to the main 4/4 beat, and on the title track the straight beat of a pizzicato violin is set against a syncopated bass.

Belong isn’t the only album to come from the San Fermin family since 2014’s Jackrabbit. Last year Kaye released her Honey EP and Tate released his debut album, Sleepwalker. Both sound a lot like San Fermin, especially the Tate record, which Ludwig-Leone arranged, produced and played keyboards on — though Tate did all the writing. Saxophonist Chen and drummer Michael Hanf made progress on their solo records.

Meanwhile, Ludwig-Leone’s mentor Nico Muhly collaborated with singer-songwriter Teitur on Confessions, which combines rock songs and art music in ways not unlike San Fermin. It’s all part of a wave of such combinations by such artists as Radiohead’s Jonny Greenwood, the National’s Bryce Dessner and Mother Falcon.

“If you think of it as taking rock and putting it together with classical music,” Ludwig-Leone says, “it won’t work. With us it’s a natural expression of our lives growing up with both rock and classical music. So it just comes out that way. Nico Muhly used to tell me, ‘Don’t combine just for the sake of combining, but never be afraid to cross boundaries.’ The questions I’m always asking myself are, ‘Does this work?’ ‘Does this feel good?’” 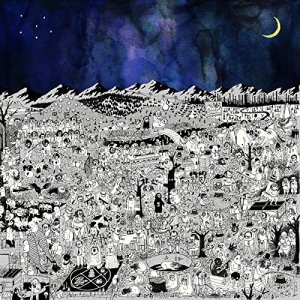 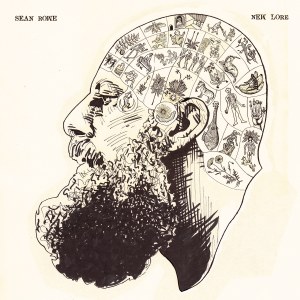