At 14 years old moving from Spain to the United States can be quite an adjustment, but
singer/songwriter Sara Luna chose to use this move to her advantage.

Music has always been at the center of Luna’s life. Once she moved to her new home, she found a guitar tutor, started focusing even more on her music and now at almost 18 years old, she is on her way to great success with her music career.

Following her love song, “Butterflies,” Luna has released her latest single “Out of Nowhere,” which has a youthful, powerful vibe that anyone, old or young, can relate to.

“It’s about being vulnerable to somebody and opening up to this new person in your life after being really hurt and thinking you’d never find love again,” Luna told American Songwriter. “It’s like this cycle of being heartbroken, but then finding somebody that can actually be there for you and that you trust. When you open up to them, it feels so good because you had given up a love, but then out of nowhere, you meet this person and it’s like you fall in love all over again.”

The new song, in particular, was written the night of a party that Luna attended after she had just experienced her first, real heartbreak. “This boy came up to me and he spills his drink on me,” Luna says. “At first, when I met him, I thought, ‘that’s not what I wanted tonight’ because I was really upset.”

The night of the party though, Luna found her inspiration in the same person who would make quite an impact on her initially upsetting night.

“He was that person that came out of nowhere… him and his drink,” she shares.

Being so dedicated to music from such a young age, some might wonder if Luna could be missing out on the “typical” teenage years. In reality, she is still able to do all the fun things that her peers partake in, and she uses these experiences to write her songs, including “Out of Nowhere.”

“Music makes everything so much better. It’s how I cope with my feelings. So to me, it’s not a burden, it’s something I look forward to,” says Luna. “Even when I’m doing ‘teenager’ things, it’s (music) everywhere and it just makes everything better.”

Although she is early on in her career, Luna has every intention of making a name for herself in the music industry. Luckily, she has a wonderful support system. Luna always has family and friends waiting in the wings to hear what she will release next.

Fans can look forward to exciting collaborations coming in the near future that revolve around the themes of mental health. “I have experienced the struggles of mental health so I would like to advocate for that and use my music to spread that positivity,” explains Luna. “At the end of the day, there are issues that need to be spoken about.”

The music video for “Out of Nowhere” will be available on April 23. For now, check out Luna’s latest single here on American Songwriter: 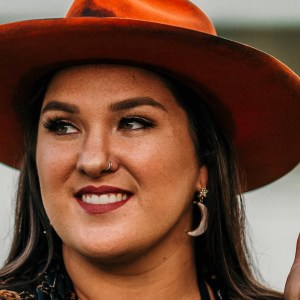 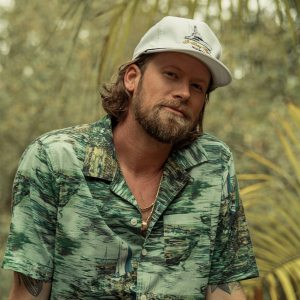