When Florida Georgia Line’s Brian Kelley arrives in a writer’s room, everyone knows he’s bringing the good vibes. “I always show up with some smell goods, some smokes, maybe some crystals; I’ve just got to bring that sunshine with me,” he tells American Songwriter over the phone. His new EP, BK’s Wave Pack, bundles that sunshine into four undeniably coastal tracks, introducing a new chapter for the “Beach Cowboy.” Like a message in a bottle from the sandy shores of his home state, BK’s Wave Pack signals an early start to a well-deserved summer after the obstacles presented by 2020. Behind the calypso-country collection is the musing approach of a vetted songwriter.

As the Florida half of the ACM-nominated Duo of the Year Florida Georgia Line, the EP coincides with FGL’s reign this week atop the Billboard Country Airplay and Country Aircheck/Mediabase Country Airplay charts with their eighteenth career no.1 hit, “Long Live.”

In May of 2020, Kelley retreated to the Sunshine state after he and Tyler Hubbard completed recording their early 2021 release, Life Rolls On. The pandemic was in full swing, and the artist sought refuge with his wife, Brittney, and their four German Shepherds in a small carriage house behind the construction zone that would soon be their newly renovated beach house.

“Our time there together was incredible,” says Kelley with fond recollection. “I finally took the time just to live the Florida lifestyle—being outdoors, fishing, cooking what we were catching. I was falling in love with my instrument again.”

Needing a break from songwriting, Kelley instead was journaling, writing poems, and freewriting, but jotting titles down as they inevitably came. A few months in on a preliminary Zoom session, he began etching from a title, “Boat Names.” Working from a new wellspring of inspiration, his thematic songs struck a chord. Kelley says, “After a couple more writes, a door opened creatively, and I realized I wasn’t writing for anyone but me. There was a lot inside of me I needed to write and finish.”

The songwriting process for this project was anything but standard. Rather than appointments or time blocks within an assigned room, Kelley and a carefully collected group of songwriters took an alternative approach that tapped into newfangled creative energy. “I wrote when I felt like it, and I knew when to stop,” he explains. “We did it in many locations and made it fun. We stayed active—we’d walk to the beach to write the second verse, then stop for lunch, and finish in the backyard of the Surf Post. We even went down to Key West and wrote on the back of a boat, then over in Jimmy Buffett’s studio. Your subconscious is still working, piecing together something you started,” says Kelley.

Lyrically, the content reflects the relaxed approach with a simplicity that shaped Kelley’s new sonic direction. He points to his earliest influences, like Alan Jackson, who kept it simple but wrote “incredibly crafted, simple but life-changing songs.”

His opening track, “Beach Cowboy,” captures the boots-in-the-sand spirit of his self-proclaimed moniker. Co-written with Blake Redferrin and Jake Rose, the song struts into the intersection of the Belmont alumni’s Nashville outfit and native Floridian lifestyle. With Rose’s production assistance, Kelley blends Honky Tonk stomp with pelagic pop circles for an introductory anthem.

Kelley co-produced the three subsequent tracks with Corey Crowder, whom he describes as “unicorn of a creative.” Together, they wielded the salty sanguinity of their surroundings to deliver a sandy souvenir to listeners everywhere. “Made By The Water” employs pedal steel for a searing session, evoking a palpably sun-drenched soundscape. As Kelley describes with humor, “Party On The Beach” is “what we do here in Florida.”

The EP closer, “Sunday Service In The Sand”—co-written with Redferrin, Canaan Smith, and Rose—came to life early one morning on the beach. Steeped in a sincere spirituality Kelley feels is often disguised by other aspects of his career, the song. “I wanted to make a splash and overall vibe, and ‘Sunday Service in the Sand’ really levels it,” he says. “It’s not all party, there are some deeper layers to me, and hopefully, this reveals them.”

With Hubbard’s full-supported blessing, Kelley embarks on a solo journey. This new EP previews an unannounced album. This project is yet another hat to add to Kelley’s stack as a duo artist, chart-topping Nashville songwriter and co-host of FGL House Party Radio on Apple Music Country. He and Hubbard also co-founded Round Here Records and Tree Vibez Music publishing company. They built the FGL House, through which they’ve concocted easy-drinking spirits Old Camp Whiskey and Wolf Moon Bourbon with Jason Aldean. On his own, Kelley launched cult-favorite brand Tribe Kelley with his wife Brittney, where they operate the Surf Post in Grayton Beach.

The forthcoming solo project is a well-suited vibe within his personal brand. Each of the four tracks snapshot what life looks like away from the usual grind as a road warrior.

“I feel so humbled by the support I’ve received from this project,” says Kelley. “The friends that helped bring this project to life, these songs have become our songs. Together, we are living them out down here; this isn’t a fantasy. Our process was really creative, but we never forced it. We did what felt right, working from our gut. That’s extremely important to create a vibe that’s authentic and real.”

Pre-save Brian Kelley’s solo EP, BK’s Wave Pack, before its April 13 release via Warner Music Nashville. Upon pre-save of BK’s Wave Pack, fans will have the chance to win a Stetson “Beach Cowboy” hat and a customized video message from Kelley. 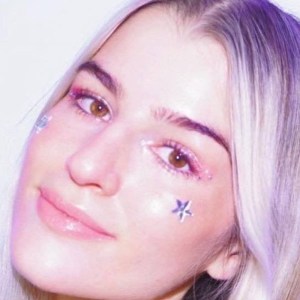 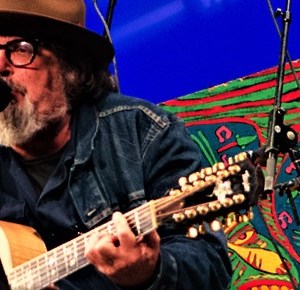