“I’ve been the biggest fan ever since high school,” says Hudson. “She [Deee-Lite singer Lady Miss Kier] was one of my idols. I love her and I just loved the energy around it all. It’s kind of my vision for what I would like to do. But I guess that’s all part of my madness.”

Another part of Hudson’s “madness” is consistently writing hit songs. A longtime songwriting collaborator for Katy Perry, Hudson has also worked with Dua Lipa, Nick Minaj, Charlie XCX, and dozens of other artists throughout her nearly 15-year career. In addition to releasing her own solo material, including Ultraviolet Sound in 2011 and her most recent solo EP Songs from the Sea in 2017, Hudson recently co-wrote “Levitating” and “Physical,” off Dua Lipa’s second album Future Nostalgia in 2020.

Writing is a spiritual occurrence for Hudson. “I believe we are connecting to a sort of divine energy when we’re writing, or making any kind of art,” she says. “I just let the ideas sort of come to me and flow and I don’t really have like a particular method, but the best scenario for me is being in the room with an artist and or another writer, and just having a conversation… it’s almost like a mini therapy session.”

Feeding off the mood in a room, Hudson says artists will often come in with a specific subject they want to write about—title and all—which gives her the springboard she needs to help them express it. “That’s my favorite situation,” she says, “because it feels real and authentic, and I feel like that’s what people relate to in a song.”

Growing up in a musical household—Hudson’s father, record producer and musician Mark Hudson, worked with artists like Ringo Starr, Ozzy Osbourne, and Aerosmith throughout his career—in a sense, music was always inevitable for the artist. Reflecting on her writing career—her first co-write, Ashley Tisdale’s 2007 single “Unlove You”—Hudson has gone on to write hits, including Perry’s “Dark Horse” in 2013 as well as “Get On Your Knees” by Nick Minaj (featuring Ariana Grande), and “The Feeling,” performed by Justin Bieber and Halsey.

Working with artists across genres, Hudson thrives on collaborating. “I love the art of collaborating,” she says. “Sure, I can write a song on my own, but there’s something about being in a flow with somebody, when they say something you would ever say, and then I say something they would ever say. Then we make this song. I just love when everyone’s on the same wave. There’s nothing like it.”

One of her favorite collaborators throughout the years has been close friend Katy Perry.

She adds, “It makes it more rewarding, because you feel so much love in the person and what you’re creating together. It’s like your little baby. Katy is an incredible writer, so that always helps. I’m just there to lift up their perspective, lift up their energy, and  help them create what their vision is. That’s how it’s been working with Katy from the beginning.”

Reflecting on her career, Hudson says she’s had to return to that earlier feeling, and freedom, of creating when there was no expectation of a writing hit song.

“When I was broke, and I was just kind of writing to write and nobody was really paying attention, there was this freedom of thought,” shares Hudson. “I just thought I’m doing what I think is dope and being really free with it. Once I started to have success, and the business side of things came into play, and I had a hit, it was more ‘can I do it again?’”

Hudson adds, “I started questioning and it became less about the freedom and the art anymore, and more about how do I make sure that I’m doing good work, and that kills my process.”

In a better place now, Hudson says she’s let go of the “greatest hits” mindset and walks into the studio with more of a child-like energy. “I don’t want to be big star famous,” she says. “That was something for me that I really had to learn to let go of and navigate. I’m in such a great place now, because I’ve done all that work. There’s nothing behind any of this other than, I just want to make the best song in the moment.”

Still fantasizing of her dance house project, DJ-ing at gay clubs, and releasing some new house tracks, Hudson will tap back into it when the timing is right.

“I was all ‘let’s go,’ and then everything shut down, so it kind of put everything on the back burner, but I’m starting to feel the fire again,” says Hudson. “It’s in the ether. I just have to pull it down from the ether and say, ‘let’s go.’” 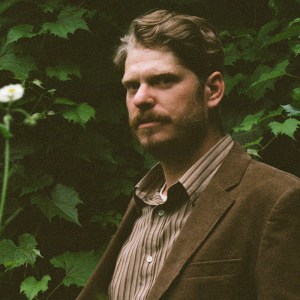 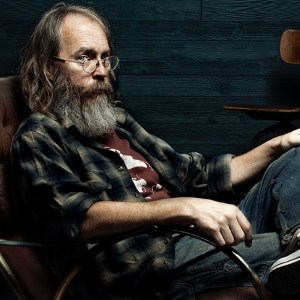