Multi-instrumentalist and singer-songwriter Sean Watkins keeps himself busy musically through several different outlets: award winning band Nickel Creek; Fiction Family, a band he formed with Switchfoot’s Jon Foreman; Watkins Family Hour, which features Watkins’ sister Sara Watkins and vocalist Fiona Apple; and his solo work. Watkins spent the last year working on new material for the latter of those projects, the end result being What to Fear, a poignant new album that comments on society through the eyes of a stalker, a newscaster and a preacher. We chat with Watkins about Gillian Welch, learning to write and how to find inspiration.

What’s your typical songwriting process for your solo work?

I generally will have an idea for a topic or something I want to say, and I’ll kind of think of different ways to say that. Then, kind of separate from that, I’ll be working on melodies and chords. A lot of times I just end up putting an idea or concept together with a melody I came up with separately and go from there. Other times it’s totally different. I don’t think I have one way. A lot of songwriters kinda take it however they can get it. Inspiration comes many different ways. Sometimes I’ll just sit down and it all happens at once.

Is that the standard across the board for all of your projects?

It’s different. Sometimes you’re writing with another person. With Jon Foreman, who I’m in a band with called Fiction Family, when we write, we write for that specific group of people. You kind of step into that role when you’re in a band situation. For my solo stuff, I write what I can and as much as I can and then look for a group of songs that have a similar quality or vibe.

What’s the most important lesson you’ve learned about songwriting since the start of your career?

Learning what I like and why I like it, and what I don’t like and why I don’t like it, with both my own and other people’s material. Being able to do that and pinpoint those certain things, maybe it’s a certain word that bothers me, maybe it’s the use of a word, maybe it’s the way someone says something or sings something. That really helps shape your decision making process as a songwriter. A lot of what you’re doing is making decisions – should I say this or that? Should I put it this way or that way? Knowing how you feel about what you do and don’t like is really important. That’s something that’s come to me more in my 30s. When I turned 30, I started to notice I was doing that more and it was helping a lot. That’s a big reason why I’m a lot happier with this group of songs than my last two records, because I was doing more of that.

You’ve been involved in music for a long time, but have you always been writing songs?

I started pretty early on, yeah. At first it was just instrumental songs. I started playing mandolin when I was 9. You learn a bunch of little instrumental tunes within the bluegrass/folk canon, and once you learn those, the natural thing is to start making up your own melodies. I didn’t really write my own vocal songs until I was around 15 or 16, and back then I would only write one or two in a year. But around ’98 or ’99, we made the first Nickel Creek record with Alison Krauss. We had been a band for 10 years at that point, but we were so young and no one would sign us because our voices were so high. We also just didn’t have much life to write about. We had great childhoods and none of us really dated like other people did because we were traveling and playing music a lot. I remember being in my early 20s and wanting to write but not really having the material. A new friend at the time, Glenn Phillips, who is an amazing singer-songwriter and a hero of mine, said something to the effect of, “You should just go out in the world and get your heart broken a bunch of times.” And it sounds harsh, but it’s true. I think it’s a valuable lesson to not keep yourself safe. I was getting out in the world and traveling a lot, but I needed to be more vulnerable with my heart and emotions. That really led to a lot more material. Learning how to write full songs led to learning how to co-write with other people.

I don’t know if I have one. When I started writing songs, Glenn was such a huge influence and was saying things in a way that I didn’t think was possible and being honest about things and being very, very vulnerable. When you start writing, you’re afraid people are gonna hear something and know too much, and you don’t really want to say anything that will indict you in any way. So you tend to make everything so cryptic – at least I did. I was very cryptic. And then you realize that no one really cares. People aren’t going to judge you on your song. If anything, it’s that you’re being too honest and that’s great and should be admired. You can critique a song and the way it’s written but you can’t critique someone for being too honest. So he was the first guy to pull me out of my shell that way. I got to know him around that time through a mutual friend and tried to soak up as much as I could from him. Gillian Welch is an absolute hero of mine, and getting to know her and Dave Rawlings over the years has been so fun. I love them as people and as artists. There are a lot of songwriters who have influenced me because I like their band more than their writing, necessarily. I went through a big Radiohead phase, and I wouldn’t say Thom Yorke is one of my favorite writers, but I’ve listened to them so much that his writing has probably influenced me a lot. I really like different things from different people’s repertoires.

Who do you think the most underrated songwriters are?

I feel like with technology the way it is now and the internet and what not, it’s a lot easier for great songs to be discovered. There are a lot of songs that probably would have gone unnoticed for a long, long time, or never–written by somebody in a bedroom who would never have been able to step on stage or be given the opportunity, but now they do. That’s really a plus – a great thing about being alive now. I think a lot less things are underrated; they’ll come to the surface. They might not make a ton of money, but if a really good song is out there, it will be discovered. Sooner than later.

What do you think the most perfect song ever written is, and why?

Speaking of Gillian Welch, the song of hers called “The Way It Will Be” on The Harrow and The Harvest. I feel like that song is as perfect as any song could be, for a few reasons. She has an amazing ability to write songs [where] you can’t tell when they’re from, or if they’re new or if they’re old. She finds commonalities in ancient traditional-type stuff and new things, and that’s an amazing ability. I think that song in particular encapsulates that. It could be a Radiohead song or it could be a Neil Young song or it could be some old song from the backwoods of Appalachia. It just has this haunting, timeless quality to it that I really love, and I would say if I probably thought about it I could think of some more songs that I feel are like that – that really accomplish what they’re going out for 100 percent. That’s definitely one of those.

There’s a couple things that I’ve written about that are things I think about. One of them is on my last solo record. It’s called “The God You Serve.” I feel like I said what I was trying to say, and I feel good about that. The song basically is dealing with the paradox between people’s view of God as this loving father who’s like Santa Claus and then also the idea of eternal damnation in hell, and how people are able to live with those two parallel ideas and be happy with that version of God in their head. I’ve seen a lot it, and it frustrates me because people build their lives based around this version of a deity. If you write down all the characteristics of certain people’s version of God on a piece of paper, like you would in a movie – this person’s strong points are this, this person loves doing this, his weaknesses are this – there’s sort of a thing that goes along with a character board for all characters in movies. If you took those characteristics that a lot of people have of God, it’s like somebody I woudln’t even want my sister to date. It just like a petty, vengeful, kind of two-sided person who is untrustworthy. That’s something that a lot of people are just afraid to look at, because they’re just afraid. And anyways, this is a long story. Basically, in thinking about that over the years, I wrote this song, “The God You Serve,” and it’s on my last record, and I had a lot of people come up to me after shows and say that they really got something out of that song and it said something they were thinking themselves. And I had a Muslim girl come up to me and say that she knew it was written from the point of view of looking at a traditional Christian-American God, but that she totally got something out of it too. So that’s one instance where it felt good. It felt like I was communicating what I wanted to communicate, and people were getting it. That’s another reason why I’m prone to being more and more clear and less cryptic with my songs, because I really like when people know what I’m talking about. It’s all about connection. That’s one instance where I feel good about it.

What advice would you give to new songwriters who are just starting out?

I would say write when you’re sad, when you feel like just turning the TV on or escaping into your phone or something. It’s so much easier to write when you’re sad. That’s why there’s so many sad songs in the world. I don’t know very many songs that I’ve written when I was feeling happy or about feeling happy that I actually like. The songs that I like are usually sad songs or story songs; if they’re happy, they’re like a story. But nobody really wants to hear about how great life is for you. That’s good for you for being happy, but as they say, curb your enthusiasm. All jokes aside, it’s easier to write when you’re feeling emotional and you’ll probably come up with something you like a lot more. And it’s good to get that stuff out there. I think it’s healthy mentally. 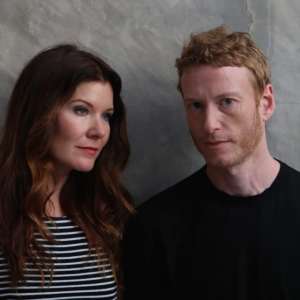 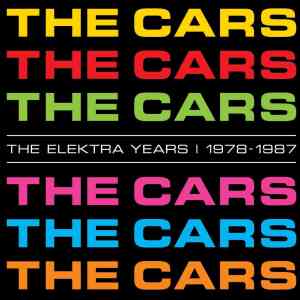