Today, important notions of mental health, support systems and self-love are in the public consciousness more and more. And rightly so. As they say, you can’t put someone else’s oxygen mask on without first putting on your own. Miami-based R&B artist, Savannah Cristina, has taken that idea to new and scintillating heights. Cristina, who released her anticipated EP, Self-Care, earlier this month, thinks of her songs like contained, miniature therapy sessions. Instead of paying someone for a 30-minute Zoom consultation, Cristina suggests putting on one of her new tracks and losing yourself in the revelations and repetitions of self-confidence and personal appreciation.

“A lot of my songs start in one place and end in revolution,” Cristina says. “They start at hopeless points but at the end, I find my strength. ‘Soul therapy’ means that it’s music for the soul so that you can reach a different level of being. It’s comparable to sitting down with a therapist – those are the kinds of feelings that I put in my music.”

Fans of Cristina who take in her songs on YouTube will see crystals in six of the seven videos, including the video for the single, “Gold Mine.” For the artist, this was very intentional. Cristina says crystals are something supremely organic. They’re talismans each of us can carry as literal touchstones to help us remember our journeys and how far we’ve come.

“Crystals are beautiful, from the earth and they’re natural,” she says. “I wanted my videos to make people feel like they’re in that element. A lot of people associate crystals with spirituality and self-care. So, I wanted my songs to be seen as the same as those crystals.”

For the Cristina, who is still in her early twenties, the importance of self-love crystalized, so to speak, when she realized she was going to have to balance a great many things at once: family, friends, a music career, school, a day job. It’s something, she says, she practices every day, tirelessly, working to get better. Without finding her center and tending to it, she would be lost, torn apart by ambitions and unfulfilled expectations.

“There was no way I could succeed as a person,” she says, “if I didn’t take the time out to take care of me. These days, a lot of people reach out to me for help with self-care, thinking I have all the answers – what crystals to use, what bath bombs, what soaps. But I tell them it’s so much more than the performative aspect of self-care. It’s about the inner-work you have to do. For me, I do that by making music.”

With these ideas in mind, Cristina often writes confessional songs. In her day-to-day life, the artist says, she’s shy and reserved – even removed. But in her music, she holds herself and the rest of the world accountable. And without it, she might be spiritually and intellectually lost.

“There’s no other setting for me to talk about these things,” she says. “I’m somebody that, if you know me, I’m very distant. I dissociate myself from emotions for as long as I can. I don’t like saying what’s wrong or talking about myself very much. But in music, I can express a side of myself that’s very open, very emotional. Even if it’s embarrassing or too personal. I almost have to do it.”

Cristina says she feels strength by airing her thoughts into the ether through song. She says she also feels as if she’s “lived in secret” for a long time because people “try to silence your pain.” But to be able to sing, compose, record, write and share her songs, that’s what’s made all the difference for the blossoming artist.

“Being able to relate in a song that this is how you broke my heart, this is how you make me feel, this is why I don’t like it, to make the world see this mess – that’s so important,” Christina says, “From there, I have to make the decision to try and change or fix it.”

Looking back on how she found herself with multiple viral singles and hundreds of thousands of song and video streams, Cristina remembers discovering her love of music in a real way in second grade. She was in choir when her teacher pulled her up to the front and asked her to sing a few bars. Cristina’s teacher told her she had a gift. However, it wasn’t until later in life – around the age of 20 when she discovered slam poetry – that Cristina made a concerted, creative effort.

Now, she says she feels a great deal of “purpose” creating music. The R&B music that Cristina is becoming known for is an evolution from some of the more dance music-oriented songs she produced on earlier records. Dance was very popular when she arrived on the Miami scene. But, as she’s progressed, Cristina has leaned into a different genre that, she says, fits her versatility. And the hard work has paid off, with songs like “Self-Care” and “SoulTies” garnering millions of views.

“R&B artists,” she says, “for the most part, have to have soul. But you can dive into any music or genre you like. We’ve done R&B afrobeat, R&B country, R&B pop.”

With her debut EP out, Cristina says she is headed back into the studio almost immediately to continue writing and recording. After the release of Self-Care, she says, she could give herself a moment to exhale before putting her head down and charging forward. She can pick it up again so quickly because she loves writing and recording. For Christina, the studio is like a vacation; music is her passion. It’s brought her to new opportunities. And she’s not turning back now. For anyone.

“I love that music is unapologetic,” Cristina says. “Music is brave. It’s something that inspires.” 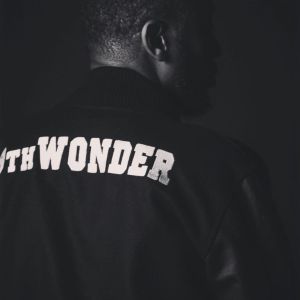