Shanda and the Howlers are definitely not typically regarded as a “Las Vegas act,” but they are a Las Vegas-based R&B and soul revivalist band that is changing the image of Sin City musicians.

Fronted by vocalist Shanda Cisneros — a Ruth Brown and Ella Fitzgerald aficionado whose gorgeous smile hides a vulnerable voice that can go from a sultry purr to a husky growl in a single beat — the band performs regularly at venues in Vegas and SoCal, as well as in Nashville, Austria, Ireland and beyond.

With two full-length original albums on the market – Trouble, on Boston-based Rum Bar Records, and Hurt For Me, on Wild Records out of Los Angeles – Cisneros, guitar player Trevor Johnson (who fronts his own retro Vegas ensemble, Trevor & the Swingin’ Johnsons), and bass player Luke Metz are the group’s core writers, and are augmented by sax and drums. Recently returned from Rhythm Riot!, a 1950s-style festival in East Sussex, UK, the band has shared the stage with Los Lobos, the B-52s, Brenda Lee and others, and is currently working on its third album.

“All of the songs on our last two albums and the next one are originals, and we’re proud of that,” Metz told American Songwriter. “We’ve got almost 20 new songs to choose from for the new album and we’re shooting for spring. I write most of the lyrics and the melodies, but to get to that place, Shanda and I usually sit down and talk for hours. Sometimes the lyrics are stories she’s told me that I put into song. We have a common ground as we both grew up with feelings of isolation at times, and experience heartache and loss profoundly. We try to mine these emotions that are common to us and make it into music. I usually come in with a rough draft and play it for Shanda, we have pencils out and make changes, delete words or lines and figure out the key. A few of the songs are also based on guitar riffs that Trevor comes up with.

“All of our songs are written from personal experiences,” Cisneros said. “We don’t sit down and think, ‘What would people like?’ These are our feelings and I think people connect to that. I mean, who hasn’t had their heart ripped out of their chest now and again? So we get together, change some lyrics, and Trevor will come up with a riff to complement the song. Once the foundation is set, we build from there. A song really gets its personality when played live multiple times.”

While recording and posting singles has become a major trend, with artists like Sheryl Crow declaring that her album days are over, Metz said the band is sticking to its old-school guns.

“[Posting singles on] Spotify is useful to let people know who you are,” he said, “but there is nothing better than the tried and true format of the album! I think that’s what defines artists in the end, it’s more work to do but is really satisfying to release a collection of your best songs that you put so much work into. You can also pick your favorite tracks for a single later. We’ve had some great luck with getting airplay on Little Steven’s Underground Garage, for instance, so that’s one thing that’s always in the back of our mind for picking a new single.”

“Platforms like Spotify are tough. I mean, it’s great to reach a wider fan base but financially, it’s difficult. Each listen is like a fraction of a penny and each download is pennies on the dollar. Recording isn’t cheap, and singles come and go quickly. I think I’d rather put something out on vinyl.”

In addition to various club dates in the Southwest, Shanda and the Howlers will be appearing, and doing some material from the new album, at the Viva Las Vegas Rockabilly Weekend next April. 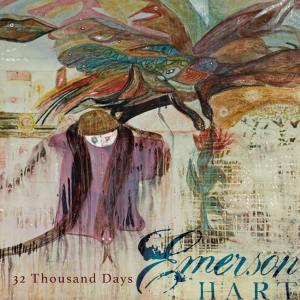 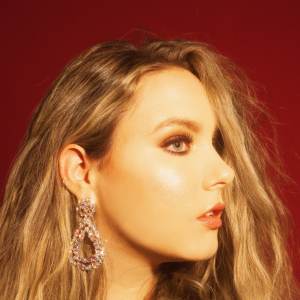