It was only a matter of time before Bonaroo got its own official theme song. I mean, what doesn’t rhyme with Bonnaroo?

The best part — like Bonnaroo itself, the theme song crosses musical and cultural boundaries. Watch bluegrass greats The Del McCoury Band and New Orleans regulars The Preservation Hall Jazz Band perform “Bonnaroo (Feel The Magic)” below. Is that a cicada we hear on high harmony?

“Del’s bus broke down outside of Chicago at 3am following our ‘American Legacies’ gig. Pres Hall turned around, picked up the stranded McCoury’s on the side of the highway in the snow. Once aboard the bus, Ronnie McCoury presented the idea that the two groups work together to create an original Bonnaroo theme song in celebration of the 10th year anniversary. The melody and lyrics came to Preservation Hall vocalist Clint Maedgen as if the song had already been written. An hour later, the first version of it was recorded on an I-Phone and this video was recorded backstage the following night.”

You can download the official studio version of the theme here. 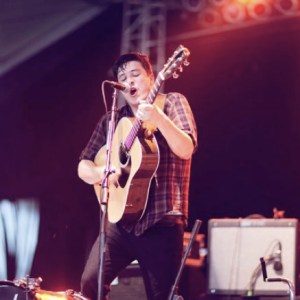