When Monica Yunus and Camille Zamora founded Sing for Hope in 2006, it was out of a sense of hope and comfort that came from witnessing the shock left in New York City after the events of 9/11. At the time, both were students at Juilliard, and they brought together their fellow musicians to perform in front of the firehouse next door that had lost 12 firefighters. The pandemic has forced the organization to change course, but it’s found new ways to offer comfort — not just for those who enjoy music, but for musicians themselves.

As Yunus describes it to American Songwriter, Sing for Hope (SFH) is ‘an artists’ peace corps,’ using education, healthcare and global initiatives to encourage creativity in schools, hospitals, refugee camps and transit hubs for millions of people worldwide. “What started as a couple of sopranos with an idea is now an international organization, bringing the inspiring power of music and the arts to millions of hospital patients, schoolchildren, refugees and citizens worldwide,” Yunus says.

Over the years, it’s run a host of projects to inject art into spaces it might not ordinarily be—like the Sing for Hope Pianos, which sees colorful artist-designed instruments placed in public spaces for anyone and everyone to play. The Sing for Hope Pianos launched in 2010, and today, hundreds of the pianos can be found from the Bronx to Beirut.

Like many organizations rooted in the arts, the pandemic has affected SFH. “So many of the individuals and communities we serve—in hospitals, veterans centers, nursing homes, and more—are more isolated than ever, so we now bring our live creative arts programs to people every day via Zoom,” says Yunus.

Sing for Hope has launched a new program, called SingforHopeGrams, to share musical moments for fans and provide employment for theatre artists whose work has been brought to a standstill because of Covid-19. “It is amazing to see our veterans clapping along with our Broadway performers in our live online concerts,” says Yunus. Any member of the public can order their own live personal concert with stars, delivered via Zoom, through the Sing for Hope Catalog.  “It’s a great gift of hope and joy during this particularly tough time,” adds Yunus.

Among those participating are Aladdin alum Telly Leung, Ain’t Too Proud star Jelani Remy and Emojiland’s Heather Makalani Manley. “I’ve done personal messages via phone and Zoom for birthdays, anniversaries, Mother’s Day, Christmas, and more,” Leung tells American Songwriter. “I’ve also come in live to a Zoom meeting with corporate clients who want to both support SFH but also juice up their virtual meeting with something unique and special. Nothing jumpstarts a Zoom meeting on a Monday morning like a live performance from a Broadway performer!”

Leung, who played Wes on Fox’s hit TV series Glee, was already familiar with the work of SFH before he joined. When the non-profit was trying to find a way to pivot during the pandemic with SingforHopeGrams, they brought him on board to be part of their roster of performing artists. “When the pandemic hit, I had every foreseeable live concert gig in my calendar cancelled or postponed,” he says. “We have no idea when live performance will come back.”

For Leung, being part of the SingForHopeGrams has been a way to continue to do what he loves. “This has been a great way for me to keep performing, make a connection with my audience with these personal musical messages, do it virtually—and safely—from my living room, and make a little money during a time of great uncertainty while supporting a non-profit I love. It is a total ‘win-win,’” he says.

Yunus is seeing the impact that the SingforHopeGrams provide, too, as well as a new way to drive home the organization’s mission. “It is a way for artists to be connected with audiences in a virtual way via Zoom or just a simple phone call,” she says. “Staying connected is incredibly important and the SingforHopeGrams provide a ‘stage’ for our musicians, a connection to people who love music, and a unique gift to give while driving Sing for Hope’s mission of connecting artists to elder care facilities that have a high rate of isolation and loneliness due to the pandemic.” 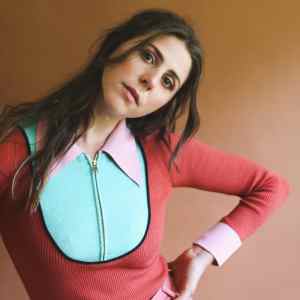 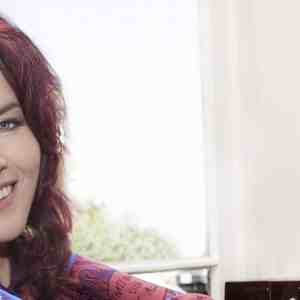