Jillette Johnson has an interesting story to share. An artist that deftly blends the purity of folk with the hook-laden precision of pure pop, this native New Yorker was a prodigy of sorts. She first began playing piano and writing songs at the tender age of ten and then, a mere two years later, found herself performing at various venues around Manhattan. After moving to Nashville, she worked her way into the upper echelon of the city’s songwriting circles and in 2013, released an EP titled Water in a Whale, garnering comparisons to Fiona Apple and Adele in the process. Its follow-up, All I Ever See In You Is Me, was produced by Grammy winner Dave Cobb and garnered even wider acclaim when it appeared some four years later.

“I was so focused on getting to the next place early in my career that I don’t know if I really appreciated that fact that people were actually listening to my music, or that it was resonating,” she says in hindsight. “I always put a lot of pressure on myself, and it’s been a long journey of learning how to be with what is, and to be grateful for the beauty that is actually around me.”

Surprisingly though, Johnson passed up her biggest opportunity for widespread success after auditioning for the hit NBC talent show The Voice, and then turning down a chance to actually appear. In retrospect, however, she says she doesn’t regret her decision.

“My first love is songwriting, and there didn’t seem like a way to protect and enrich that part of my artistry in that environment,” she suggests “And because of the binding nature of that contract, it was a really big risk. For the promise of a potential flash of fame, I was being asked to sign over eight years of ownership of my music to people I would most likely never even meet in person. Instead, I chose to build my career brick by brick, trusting my gut, and believing in the power of patience and integrity. A long career with creative freedom and steady incremental growth is a much more appealing path to me, and I made an educated guess that going on The Voice might not lead me there.”

Johnson’s new album, It’s A Beautiful Day and I Love You indicates she made the right choice. Boasting a series of mesmerizing melodies, it begins with the eerie and elusive “Many Moons” and subsequently negotiates its way through to songs that become even more effusive and expressive—“Angelo” and “Annie,” among them. Other songs manage to sound subdued yet seductive—the swaying title track and a lilting “I Should Go Anywhere” being prime examples. The drama of “Jealous” allows it to soar into the stratosphere, while the woozy rhythm of “What Would Jesus Do” suggests an uptick in energy, providing Johnson with one of the most emphatic efforts of the entire album.

Not surprisingly, Johnson has her own favorites. “I think ‘Letting Go,’ the last song on the record, kind of sums up the meaning of the whole thing,” she suggests. “It’s about surrendering to where I am now. I couldn’t have predicted that the road would lead me here, and I’m so grateful it has. I’m excited to see where the next chapter will take me, and I’m in awe of the life that I’ve gotten to live in such a relatively short period of time. It’s really beautiful.”

Clearly Johnson is proud of the progress she’s achieved thus far. Despite experiencing some of the typical pitfalls of the music biz early on, she managed to gain her footing and looks back on her early outings with considerable pride. “When I made my first EP, I was pretty green in some ways,” she admits. “I had never been on tour, never released music for real, never been on a record label, and yet I had spent every ounce of my free time since I was a little kid making music. I hadn’t yet grown into myself as a songwriter who could see beyond the raw thing I made at my piano. I needed someone else to tell me what was right and what was wrong.”

Consequently, the new album allowed her to solidify her stance. “It felt different,” she muses. “My producer, Joe Pisapia, and I would meet to talk about what we wanted to make, and end up five hours later down a rabbit hole talking about Buddhism and human connection. And then we’d play a song together and it would feel completely effortless. We tracked the whole thing in three days, and I was not shy at all about what I wanted to hear. The band, Joe, Dan Knobler who engineered, and I all just flowed so easily together. It felt like all the parts had already been written and we were just there to let them shine. I finally feel like the captain of my own ship, and this album feels like the beginning of a beautiful transformation.”

The connection with Pisapia was key. “We really got to become friends, and built a beautiful foundation of trust initially,” she remarks. I sent him lots of songs, and we listened through them together, exploring intellectually where we might want to take them. We didn’t do much pre-production beyond that. It was mostly just cultivating a vibe. We made a master list of I think 20 or so songs that we could pull from to record, and then when the time came to lay it all down, I just called out what I wanted to play and that was what became the record. After those three days of tracking, Joe and I spent a couple of months massaging it all. He added some guitars here and there, I sang some extra background vocals. It really felt like a beautiful confluence of my first two album-making experiences.” 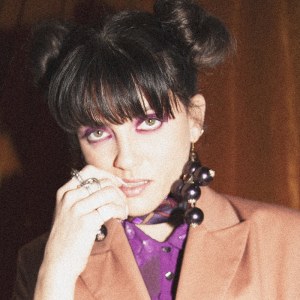 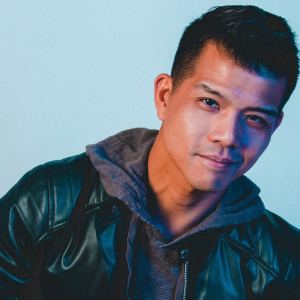