The Sloss Music and Arts Festival returned for its second year in Birmingham, Alabama, with headlining performances by Ryan Adams, Ray LaMontagne, the Flaming Lips and Death Cab For Cutie, along with an equally impressive undercard featuring Steve Gunn, Anderson East, Glass Animals, Sylvan Esso, Washed Out, Grouplove and several others.

The two-day festival — which took place in the middle of Sloss Furnaces, an old steel factory located in the heart of the city — featured non-stop music from noon to midnight on three stages appropriately called Blast, Steam and Shed. Despite the heat and a solid hour of heavy rain Sunday evening, Sloss Fest secured a stacked lineup for its second year and proved Birmingham can once again boast a successful music festival (after the 20-year City Stages called it quits in 2008).

Born and raised an hour-and-a-half north of Birmingham, Anderson East, whose real name is Michael Anderson, is no stranger to the scorching Alabama heat.

“This song seems appropriate since it’s hot as hell out here,” East said before launching into “Keep The Fire Burning,” a track off his third studio album, Delilah, released last July. East performed other cuts from the Dave Cobb-produced record, including “Quit You,” a co-write with fellow Nashville singer-songwriter Chris Stapleton, and “Find ‘Em, Fool ‘Em and Forget ‘Em,” a song written by blues singer George Jackson and FAME Studios maestro Rick Hall in the ‘70s. When East wasn’t singing about love and heartbreak like on “Only You” and “Lonely,” he paid tribute to his father with “Learning,” a riveting track off Cobb’s Southern Family compilation, and gave a soulful spin to David Bowie’s 1974 track “Rebel Rebel.”

If you didn’t catch East at Sloss, he kicks off his forthcoming “Devil In Me” tour, presented by American Songwriter, Sept. 27 in Ann Arbor, Michigan, which will run through November.

With many fresh indie rock and pop faces in this year’s festival circuit, it’s nice to bask in the familiarity of veteran indie rockers Death Cab For Cutie. Frontman Ben Gibbard and company found fame in the early ‘00s, particularly with the release of 2003’s Transatlanticism, and have since followed up with four studio albums, including last year’s well-received release Kintsugi.

While Saturday night’s performance included a few recent cuts such as “No Room In Frame” and “The Ghosts Of Beverly Drive,” the set was mostly rooted in the band’s prime-era catalog, with favorites such as “Crooked Teeth,” “Soul Meets Body” and “Transatlanticism,” the set’s poignant closer. With Death Cab’s tour and summer festival stint coming to an end soon, who knows how long it will be until the Seattle-based band resurfaces with new music. If they keep up with custom, it could be three years or more until we see the band embark on another tour this extensive.

Ryan Adams and the Shining

Since the mid-’90s, Adams has released more than 15 studio albums, including last fall’s Taylor Swift 1989 covers album, which gave the prolific singer-songwriter a lot to chose from this weekend. After opening up with some of his more recent material — the brooding, guitar-driven numbers “Trouble” and “Gimme Something Good” — Adams opened the vault and seemed to select at random with tracks like “Halloweenhead” and “When The Summer Ends,” the latter off his 2014 EP, 1984.

Adams’ stage banter is also quite enjoyable. At one point during the set, Adams launched into a five-minute improvisational song unique to Birmingham, with lines about getting drunk at local bar The Nick, hanging out with friend and Alabama-native Jason Isbell (who joined the singer onstage at the Ryman last spring) and a less likely, yet wild scenario — having a party with Gene Simmons and Paul Stanley. But where Adams’ interjects with humor, he later balances with serious moments as on the ballads “When The Stars Go Blue” and “Oh My Sweet Carolina.”

Los Angeles indie rock outfit Grouplove supplied the festival with good vibes when they took the Steam stage late Saturday afternoon. With the band’s forthcoming record Big Mess on the horizon, Grouplove’s been hitting festivals with new material and old favorites this summer following a roughly two-year break from performing.

The band’s Hannah Hooper and Christian Zucconi kept the crowd energized by thrashing back and forth throughout the set, and when one delivered the lyrics, the other provided harmonies and danced around the stage. The crowd’s interest peaked with “Itchin’ On A Photograph,” “Tongue Tied” and “Colours,” but the band still garnered attention with “Lovely Cup,” one of the calmer tracks off 2011’s Never Trust A Happy Song.

Finally, it wouldn’t be a festival set without a cover, and Grouplove’s take on the Beastie Boys “Sabotage” seemed to fit the wild energy the group was aiming for.

The first sets always draw the smallest crowds, but Louisiana singer-songwriter Dylan LeBlanc filled in the gaps with a sonorous 45-minute set that echoed through the nearby iron structures. LeBlanc — hunched over his guitar in a Neil Young-like stature — showcased his latest album, Cautionary Tale, with the help of fellow musicians, the Pollies.

The Shreveport singer didn’t steer too far from new material as he breezed through tracks such as “I’m Moving On” and “Easy Way Out.” However, with a reserved demeanor that’s hard to ignore, LeBlanc didn’t shy away when it was his time to shine on the guitar. Once he parted ways with the album’s title track, LeBlanc rocked out to a rendition of Tom Petty and the Heartbreakers’ “Even The Losers.”

A Flaming Lips show isn’t a show — it’s a spectacle, and it’s certainly one to experience at least once in a concert-goer’s life. If you’ve been to more than one, you’ve probably experienced a similar, yet extravagant show twice — hundreds of massive, multi-colored balloons, random bursts of confetti throughout the show and giant, elaborate costumes — but it’s clear frontman Wayne Coyne is genuinely invested in leaving a lasting impression on the crowd.

When confetti wasn’t raining from the sky, clouds of smoke traveled throughout the crowd. When Coyne wasn’t crowd surfing in his giant hamster ball while singing David Bowie’s “Space Oddity,” he was being lifted up by a Wookiee, with pulsing LED light strings draped over his shoulders. It’s that bizarre, but there’s nothing else like it. And, despite having performed most of the setlist hundreds of times, with songs “Race For The Prize,” “Yoshimi Battles the Pink Robots, Pt. 1,” “The W.A.N.D.” and “Do You Realize??,” all at least 10 years old, it’s seemed just as entertaining for the band as it was for the Sloss crowd. 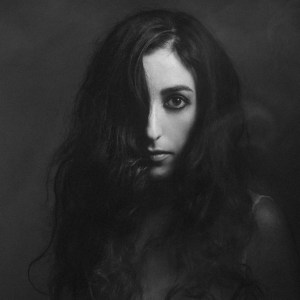 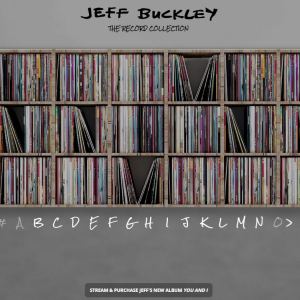