“I just love melancholic music,” says vocalist/guitarist Josh Kolenik, calling from his home in Brooklyn’s hip Greenpoint neighborhood. “I think it’s a really healthy way to deal with that emotion—to face it. I think when you juxtapose that with a complex rhythm, it gets to a place that’s interesting.”

Kolenik’s lyrical subject matter reflects his own deeply personal experiences. “I lost my mom pretty young in my life, and it really messed me up for a long time,” he says. “It [also] made me really want to follow my dream and do this band and not take a safe route. I think I’ve always been trying to cope with that in songs. I have a hard time knowing where to put those feelings, so a lot of times, it’s cathartic to put them in a song. I think it’s helped me over time to get over it and look at it as something that shaped me in my life. I think about how it relates to my love life and my friendships and my relationship with my dad and my family.”

As a result, Kolenik says, “I think our music is personal, and I try to make it about interpersonal relationships and not about any sort of larger societal concerns. I don’t think any songwriter can really escape love and relationships and the ups and downs. I’ve gotten more honest with myself that that’s what a lot of these songs are about, in the end, as I’ve gotten older.”

Writing the music to go with those lyrics is, Kolenik says, something that has evolved. “We’ve changed over time,” he says. “We used to write a lot of music first and then try to put words to it. I think as we’ve gone forward, the stuff that ends up making the records are things that get a hook or a song concept very quickly, whether it’s a lyric or a piece of music that just immediately conjures something in my head and feels easy.”

With a laugh, Kolenik admits that music wasn’t always something that he seemed suited to do—when he joined his elementary school choir when he was growing up in Long Island, “My first-grade teacher told me not to sing because I had such a bad voice.” This did not deter him, though. “That’s the ultimate life thing: somebody tells you that you can’t do something—‘Okay, that’s exactly what I’m going to do.’”

Kolenik began joining bands while he was in high school, though they played very different than the type of music he’d end up making with Small Black. “We tried a lot of stuff. I had a little rap group with my friends. I definitely was trying to make Neil Young songs for a minute,” Kolenik says.

Things finally really fell into place once Kolenik met one of his future Small Black bandmates: “Ryan [Heyner] is actually a little bit older than me. I used to go see his band in high school—he was in a pretty popular hardcore band. Then when I was right out of college, I found out that he wasn’t in a band anymore, and I was kind of shocked because he’s such a great guitar player. I got his phone number from a friend of mine and just called him out of the blue. We’ve been playing together ever since.

“I think Ryan’s and my friendship is very much the kernel that made the band happen,” Kolenik continues, adding that this is thanks to their similar musical influences. “Joy Division to My Bloody Valentine is like the sweet spot for our shared interest in music,” he says. In 2009, producer Shane Stoneback (Cults, Vampire Weekend) introduced them to Juan Pieczanski (bass/guitar) and Jeff Curtin (drums), who agreed with this musical vision, and Small Black was born.

The band members immediately knew the direction that Small Black should take. “We just got really obsessed with the idea of trying to make records [like those] from the ‘80s that we love ourselves because it’s so hard and unendingly challenging,” Kolenik says. “It’s also just the records I go back to and I play it all the time, like The Blue Nile, Talk Talk, OMD—it’s the stuff that never leaves my rotation, so it makes sense for me to try to make a modern version of that song canon.”

This approach led Small Black to become pioneers in the chillwave genre, starting with their 2010 debut album, New Chain. Limits of Desire (2013) and Best Blues (2015) followed, further solidifying the band’s reputation for being a leader in that scene.

Although Cheap Dreams is just being released, Kolenik says the band is still feeling so inspired, even during this pandemic, that “We’re already working on new material.” He again points to Small Black’s focus on interpersonal relationships to explain this seemingly inexhaustible creative spark: “I think we’re very lucky as a group to really care about each other and to be dedicated to our craft and do the things we love,” he says. “I feel very blessed, and I love these guys. To get to make music with them, it’s a joy. 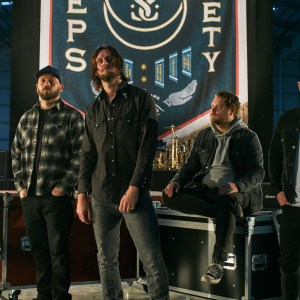 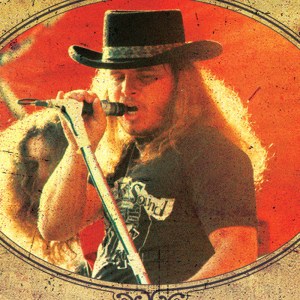