Like so many other artists, While She Sleeps is looking to a new-age model for music industry success. It’s not just adapting to the evolving business but filling in where traditional music industry practices fall short.

When While She Sleeps looked back on their success over the last decade, it wasn’t the industry execs or labels that they thanked, it was their eternal fans, who have supported them from day one. The appreciation is a paramount theme on their fifth LP SLEEPS SOCIETY and leads to their curation of their first ever fan platform dubbed the Sleeps Society.  The fan funded platform powered by Patreon allowed While She Sleeps to show their undying appreciation for fans  but also to move towards their goal of becoming more self-sufficient in a changing industry.

“We wanted to release this album in a way that shined some light on what we feel like fundamentally the industry is kind of failing in,” vocalist Loz Taylor tells American Songwriter. “We felt like we were working from a model that is a bit old school now. Music has changed so much in the last 20 years.”

The Sleeps Society idea was first put into practice with the band’s previous album, You Are We, which was released independently on Sleeps Brothers and used crowd-sourced funds from PledgeMusic. With such a successful campaign, the band immediately saw the impact their fans could make on the longevity of their career.

“From a finance perspective, you could understand why it could seem like a bit of a big ask,” Taylor said about crowd-funding their music. “But as usual, our fan base sat back and digested the information and were really responsive and positive and understood. It’s proven to be a really great model that we hope a lot of artists can use.”

Once fans were unified on the platform, the band wanted to go one step further and include the Sleeps Society communal fanbase on the new album. “Call of the Void” featured fan vocals from the pool of the Sleeps Society. The band expressed their desire to include fans in their music and its plans to adopt a new business model in the title track’s music video. In the video for “Sleeps Society” they touch on several crucial issues such as the dependency, unfairness of wages earned from streaming platforms and other concerns plaguing the industry, which seems to still be operating with a tired mindset.

“A lot of the streaming platforms are paying out to the high-flying artists—you know your Justin Bieber’s and your Nicki Minaj’s—it’s not those guys that are affected,” Taylor explained. “It’s the lifeblood of underground music being affected. It’s your punk rock bands, it’s your metalcore bands, the post punk and hardcore groups, all these sub genres.

“It feels like they’re the ones that are going to fall with this because the demand is there for the bands, but the streaming platforms aren’t paying out to these bands. We’re in a bit of a catch-22 situation where bands are finding themselves basically turning into glorified clothing lines to keep their head above water.”

Though a Patreon model is nothing completely new, it is something that few bands have adopted seriously and successfully. But it can generate funds for every level of band from your indie punk bands to your established rappers.  A crowd-sourced business model can be the difference between having merch or pressing vinyl or landing distro for your first single. But before artists go start a Patreon page, Taylor revealed a crucial element and the unfortunate, yet necessary, perspective you need if your band falls into the less commercial category of music, like punk or metal.

“I think the main thing for anyone sort of aspiring whether that’s in the arts, is to understand that nobody cares about your art more than you do,” he said. “It goes back the big corporations and companies that sort of dip their hands in the honeypot. So you really have to just bring it back to a bit more of a punk DIY approach where it’s dropping a bit of the smoke and mirrors and is straight from the band to the fans.”

Further linking the new industry model with the new album is the single, “You Are All You Need” a song that addresses human needs for validation and the detrimental habit of comparing oneself to another—be it from seeing influencers on social media or in While She Sleeps’ case, industry heads and labels.

“The lyrics can be interpreted in any way, but that song definitely comes from an industry standpoint,” Taylor said. “It’s not been an easy ride for us in terms of the music industry, and now more than ever it’s so apparent that we need people to stop looking at others for sort of validation. It’s so easy to sit back and look at others on Instagram and stuff and sort of judge your life against theirs.

“I think ‘You Are All You Need’ is just our way of saying ‘don’t look elsewhere for validation and feel strong enough on your own,” Taylor adds. “And to be stoked for what you do have and know that you have the power within you to achieve what you want to if you’re passionate about it. That’s a message that we strongly stand by.”

The core message in “You Are All You Need” routed the trajectory for many other songs on SLEEPS SOCIETY, like “Nervous” featuring Simon Neil, “Know Your Worth,” “No Defeat for the Brave” featuring Deryck Whibley and “Enlightenment.” The album’s themes on strength in community and power to prevail came from not only being a struggling band in the industry but from being a teenage outcast who found the hidden community among fans. Consequently that schoolyard bullying toughened and prepared Taylor for his tussle with the industry, and more importantly showed him what family could be and how to build his own within their fanbase.

“I’m so in love with the rock and metal scene because of the community,” Taylor said. “When I was younger, I used to get like slapped or punched or spat at for wearing Slipknot, Korn and Limp Bizkit hoodies. it wasn’t really accepted to be into this weird genre of music in the UK.  And strangely that never deterred me or made me want to bail on it. It made me.”

“I felt more connected and unified with other people that were into the same things I was. The Sleeps Society has that same sense of community and it’s really positive. I think that we’re going to do even more stuff when sort of everything comes back to normal, maybe really small intimate shows in areas where there are a lot of patrons. We just want to give as much opportunity as we possibly can to the people that are helping us in this way.”

SLEEPS SOCIETY is out April 16 on Spinefarm/Sleeps Brothers, available for pre-order here. Become a part of the Sleeps Society here on Patreon, which includes everything from exclusive content to merch and workshops. 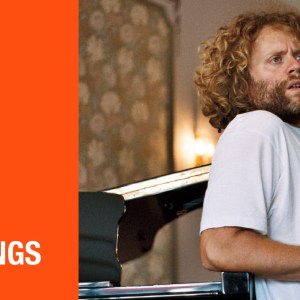 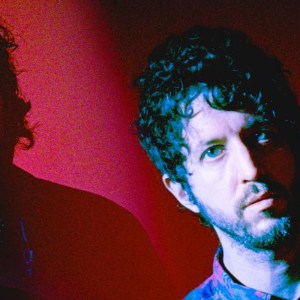