As the latest in a series of live and archival releases from a seemingly bottomless vault, Way Down in the Rust Bucket revisits an epic Neil Young and Crazy Horse 1990 concert culled from a three hour show in Santa Cruz California in 1990. The performance was intended to showcase the recently-released Ragged Glory, an album that brought Young and the band back to their essential roots after a period that found him lost in a musical malaise of his own making. That said, the emergence of the so-called Seattle sound found Young recently revitalized and finding common ground with a newer generation of rugged rockers, who enthusiastically hailed him as their newly anointed “Godfather of Grunge.”

Consequently, the 18 songs spread over this two CD set—along with the blue-ray that accompanies the deluxe version—draws heavily from that Ragged Glory opus with a handful of vintage standards, among them, riveting versions of “Like a Hurricane,” “Cinnamon Girl” and “Cortez the Killer,” tossed in for good measure. Other numbers make their concert debut, the otherwise unwieldy  “Surfer Joe and Moe the Sleaze” and the call and response set-up of “Bite the Bullet” among them.

Given the back-to-basics studio set-up that Young and company had recently reverted to on Ragged Glory, the concert setting provides a perfect showcase for most of the material shared here, with Crazy Horse displaying their usual aplomb in the midst of the occasional melodic mayhem. Not all of the songs are up to the standard—the oldie goldie “Farmer John” and the trivial “T-Bone” seem like throwaways when compared to the other material in the mix, but thankfully “Sedan Delivery,” revisited from Rust Never Sleeps and “Don’t Cry No Tears,” reprised from Zuma, find a better fit within that raucous rock template.

So too, the Ragged Glory songs such as “Over and Over,” “Mansion on the Hill” and “Country Home” reaffirm Young’s ability to serve up an assertive style without foregoing a meaningful melody in the process. As a result, Way Down in the Rust Bucket offers an opportunity to retrace an album that wasn’t given the absolute recognition it deserved when it initially appeared. That might have been due to the fact that Young’s determination to vary his motif throughout much of the preceding decade had narrowed his fans’ expectations and left them bewildered by his seemingly endless shifts in stance.

Sometimes it’s best to retrench oneself in previous pursuits as a way to reaffirm one’s present stature. Young’s recent interest in offering up archival offerings suggests that he’s embracing his past in ways that affirm his lingering legacy. With Way Down in the Rust Bucket, Young affirms a vision and vitality that showcases him at his best, the lesser contenders be damned. 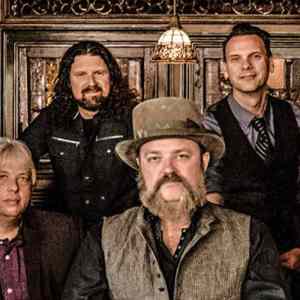 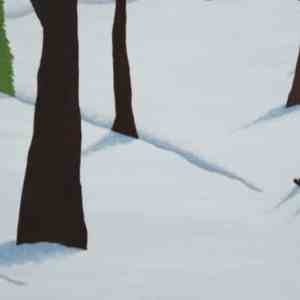