Founding member of the Zac Brown Band, John Driskell Hopkins, reflects on his journey with a new album, Lonesome High.

The artist—best identified with a top hat—plays guitar, banjo, and ukulele in the band. His background vocals are vital to the group’s uniquely country-rock sound that has ruled for decades. Several years in the making, Hopkins’ original record finally arrives after spending an unexpected pandemic-allotted time at home with his family.

Topically, the record is a culmination of Hopkins’ artistry. Each song inventories his personal milestones. From riding around in the car with his dad listening to music to growing pains—through his journey with faith and starting a family, the 12-track collection spans wide. But it focuses on what’s missing.

“My life is a series of these incredible moments that are often made lonely by the fact that I cannot share them with my girls,” Hopkins says.

The 2019 title-track, featuring Zac Brown Band groupmate Coy Bowles and 2020’s “Missing You All, All the Time” portrays how this longing dims the limelight of stardom.

“It’s hard to bitch about,” he laughs, adding, “No one feels bad that we had to play a sold-out Fenway show. But it’s in those moments, amid tens of thousands of people, that you miss your loved ones.”

Both songs contain country music’s characteristic whine—evoking a familiar poignancy in their message. A few tracks like the neo-traditional “8 Tracks in Daddy’s Cadillac,” follow sonic suit. But as a whole, Lonesome High does not fit in the same country soundscape that Zac Brown Band has honed over the last two decades. Hopkins carefully crafted an aural space to call his own. He best describes it as “arena folk.”

“I do feel a sense of pride being connected to the rich history of American music,” he says. “But none of this is particularly country, folk, or Americana. My background is in rock n’ roll and singer-songwriter folk. So ‘arena folk’ is contemporary, lyric-driven music. Sometimes I am screaming my full head off, and at other parts, I’m really trying to break it down to just a vocal-part a cappella.”

The dynamic intersections of instrumental approaches result in songs like “Rebel Road.” It begins on a seemingly clear trajectory, but it becomes less and less predictable with each turn.

“That one surprised me,” he admits. “It started as a bluesy guitar riff and ended being the groovy, slinky jam thing I didn’t expect. It’s just a function of not knowing what to do with the blues riff until I changed it into a melody. Where it started and where it ended are two completely different places.”

“Human” dates back 25 years. Hopkins never put it on a record, but Zac Brown Band covered it in the early days. This album was his opportunity to breathe new life into the song, and he ran with it. Complete with a 12-piece orchestra, this full-bodied anthem progresses into a Bluegrass-style breakdown mid-way through. The pandemic made this production more difficult but did not impede Hopkins’ vision.

“When you’ve got two violins, a viola, and a cello, and you want to make them sound big, you’ve got to stack them up,” Hopkins explains. “With COVID protocols, this was very difficult. They were 30 feet from the conductor, all in masks, and had to come in only small groups at a time. When you deal with horns, they have to be even further apart.”

Album opener, “Good Morning Believers,” featuring Emily Saliers of the Grammy-winning duo Indigo Girls, brings Hopkins’s story up to speed. He points to this song, recorded with one of his heroes, as “most representative of how I want my music to sound and exist.” Pausing for a moment, he laughs, adding, “Now, that shit is arena folk.”

“I’ve written this album about a lot of lonesome moments, thinking about things I need to do to feel better,” the artist explains. “Going forward, I’d like to focus more on joy. I’d like to write about the things that make me happy at that moment. Not all of these songs are dark, but I’d like to smile when I pick up the guitar. I’m kind of a frowner, and I think I’m tired of it.” 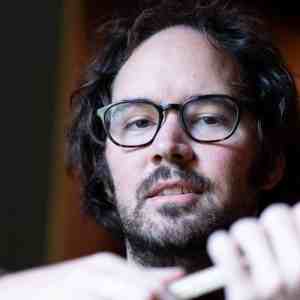 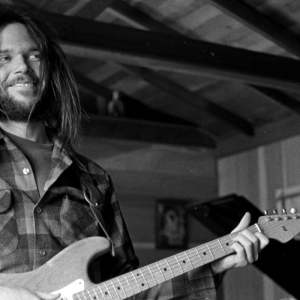