It’s been nearly two decades since the Connells released their last album, and while they’ve been active in the performance arena, any dearth of new product is hardly helpful as far as keeping one’s name in front of the public is concerned. Of course, the pandemic didn’t help, effectively delaying the offering originally scheduled for last year. That said, this is a return in every sense, given the fact that the new album repeats three songs that originally appeared on their last opus, Old-School Dropouts (2001). No matter; with two new members in the fold—guitarist Mike Ayers and drummer Rob Ladd joining singer/guitarist Mike Connell, singer/bassist David Connell and keyboardist/backing vocalist Steve Potak—the group sound like they’re back in business, retracing the jangly college-friendly sound they’ve procured for the better part of the past 35 years.

Thankfully, that indie approach has never really gone out of style, and while there’s a certain similarity to R.E.M. in that regard—check out the tangled rockers “Universal Glue” and “Really Great” or the pensive ballads “Song For Duncan,” “Stars” and “Rusted Fields” as obvious comparisons—the Connells continue to hold their own with their own forthright finesse. There’s not a single nod to the mainstream, with the title track taking direct aim at the terror that took place during the protests in Charlottesville and making their concerns all too clear. The Connells are a thinking person’s band, flush with a sobering attitude even in the midst of spawning their rock and roll revelry. Theirs is a mostly pensive perspective, one that adds extra emphasis to each of their songs.

As a result, Steadman’s Wake makes for a worthy comeback, one that should put them back on the collective radar and hopefully bringing them the belated recognition they so rightfully deserve. Twenty years is a long time between releases, but in this case, the wait was worth it. 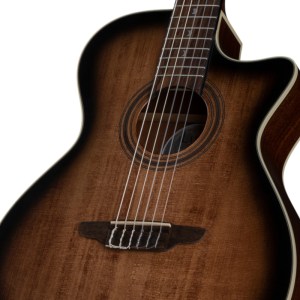