“I wouldn’t change anything, except I’d do it with my eyes open a bit more,” Ronnie Wood admits during one of the several intimate interviews that illuminate his remarkably revealing documentary Somebody Up There Likes Me. “I was in the hands of destiny all my life…and being in the right place at the right time.”

That may be putting it mildly, but the fact is, Ronnie Wood has lived a charmed life, not only due to his musical accomplishments — ample though they may be — but also because he survived the minefields that entangled many of his superstar brethren in the ‘60s and ‘70s — those being drink, drugs, excessive cigarette smoking and a devil-may-care lifestyle that paid little heed to any concerns or consequences. Told through a series of candid conversations — with bandmates Mick Jagger, Keith Richards, Charlie Watts, longtime chum Rod Stewart, wife Sally Wood, singer Imelda May, various associates, and, of course, Wood himself  — the guitarist walks the viewer through his fabled career, his series of fateful choices — both personal and professional — and the way he managed to overcome his vices and eventually survive with his health and happiness intact.

An official entry in both this year’s Tribeca Film Festival and the BFI London Film Festival in 2019, the film, from director Mike Figgis, now makes its bow on DVD and Blu-ray. While fans of Woods’ various musical endeavors, from the Jeff Beck Group through to the Faces and eventually on to his anchoring role in the Rolling Stones, have much to enjoy via the archival clips (including a remarkably rare video of Wood’s first band, the Birds), it’s the lessons drawn from Wood’s personal perspective that are ultimately most illuminating. We learn that he turned down a role in an early incarnation of Led Zeppelin, that he lost a lung due to a battle with  cancer, and that despite his obvious excesses, he’s always managed to maintain his merry-making disposition. “He’s always been a happy person,” wife Sally insists. “ I didn’t find him an ugly drunk. I just preferred the true person.”

Indeed, there’s plenty of that true person on view in this film, particularly during those segments that show him hard at  work in his art studio and expressing a talent that’s sadly overshadowed by his musical career. We’re told that early on, he struggled to choose between art and music as far as his career path was concerned, but ultimately chose the latter because he felt he hadn’t been taken seriously as the former was concerned. It was obviously a fortuitous decision. “We were all aware of Ronnie Wood,” Richards confirms when describing the Stones’  reasons for recruiting him. Still, as Wood’s vices got him in their grip, Watts voices the concerns that seemed to be shared by his colleagues.

“Mick never gave up on him.” The drummer reflects, only to add later: “It’s amazing he kept it together so long.”

“He’s tough as nails,” Richards remarks, attesting to the fact that Wood managed to pull it all off with incredible aplomb.

Wood himself says that his indulgence in drink and drugs served as a means of overcoming his insecurity and stage fright, and that as a result, he felt a feeling of invincibility that helped boost his self-confidence in the process. Even so, he expresses astonishment that he now finds himself age 70 — sober and sensible perhaps, but still feeling no more mature than he was at 29.

“I had to go through it to get to it,” he admits at one point. “In the process, I’ve had some really good spiritual awakenings.” That’s hardly surprising. After all, when somebody up there really likes you, that charmed life is in fact a blessing. 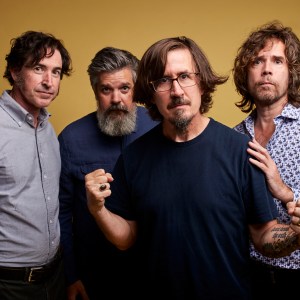 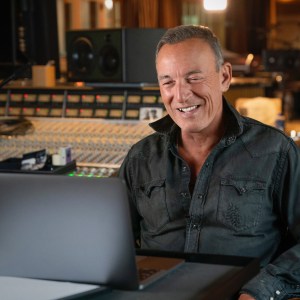