As part of Apple Music Hits’ five-part radio series entitled Letter To You Radio promoting the upcoming October 23 release of Bruce Springsteen’s Letter To You album, Springsteen joined Zane Lowe to talk everything from the inspirations behind his album to life in quarantine to his perspective as a creative in the industry.

This album is special to Springsteen because it showcases the triumphant return of him and his former backing band, the E Street Band. Even more special, as Springsteen shares, was the relative ease and organic nature of recording.

“This material, the songs came very quickly, in about 7 to 10 days. We made the record. Really, we made the record in four days and on the fifth day we kind of listened to everything and it was just…everything has to be nurtured,” he explains. “It was a great project for us, because I don’t think we’ve ever played live together in the studio and then kept everything that we did on the full take, all the singing, all the playing. It’s the E Street Band really completely live. And I overdubbed a few solos and things, but it’s really the band in one shot.”

The seemingly effortless dynamic of the album, both lyrically and musically, points to the insurmountable amount of talent which took up the studio in those 7 to 10 days. As creatives, both Springsteen and the E Street Band are seasoned veterans.

Still, Springsteen is enamored with the mystifying process of creativity which he has had the pleasure of interacting with for the past 45 years.

“Closest thing I can connect it to it’s like, there’s this long intubation period. There’s like a garden, you seed it with experience and time, and then you wait, all right? And you don’t know how long you’re going to have to wait…And then eventually something, there’s an incident or an event or something in life just sort of sets it off. And they come. And when you’re lucky as I was on this project, they come all at once, they come fast, the recordings come fast, fast is good. But that exact moment is a moment that I had never known or read anyone who’s been able to describe it. What happens between that moment of when things are ready to sprout. And then when they’re there, that’s the moment that can’t be described. That’s why it’s magic.”

This record, of course, was no different. Springsteen even goes on to describe his collaboration with the band on this album as “one of the most wonderful experiences of [his] life.”

Even more magical, the sense Springsteen had of his close friends from E Street Band inspiring him from beyond the grave. He speaks on the beauty of carrying on the spirits of his former bandmates, Clarence Clemons and Danny Federici.

“Well, you still experienced the loss of Clarence and Danny, that’s just, like I say, they’re members in absentia. They’ll never not be members of the band. And so it’s always corny to say, but they are always there in spirit, and they revisit your process in their own mysterious ways, that those of our friends who’ve passed, stay with us and do.”

Because of the unmistakable presence of Clemons and Federici, Springsteen explains that Letter To You is partially “a reflection and meditation on time passing and loss of friends.” Adding that  the subject matter led to a natural undercurrent of spirituality derived from his Catholic upbringing.

“‘Promised Land,’ ‘House of a Thousand Guitars,’ ‘Power of Prayer’ on this record. I found a meditative, constructive, fulfilling sort of faith through my work…Those little three minute records and the 180-second character studies that came through pop music were like these little meditations and little prayers for me. And that’s what I turned them into. And my faith came in and filled those songs, and gave them a spiritual dimension. It’s an essential part of your life.”

Even with the exciting release of such a meaningful and spiritually-infused record, Springsteen answers Lowe simply when asked about his purpose as an artist.

“Hey, I was the guy that was born to pick up that guitar and put my band together and travel around the world, and give people a good night of entertainment, if I can, and maybe sometimes a little bit more.”

Check out the rest of the conversation with Zane Lowe here or an Apple Podcasts here and stream Letter To You when it comes out Friday, October 23. 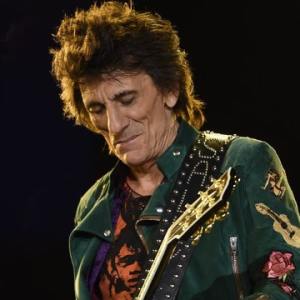 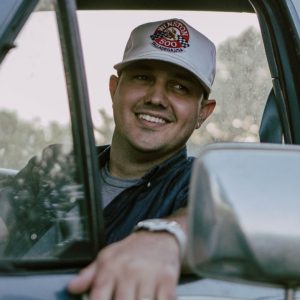