There’s a moment when Michael Stipe hears his stripped-back vocal for ‘Losing My Religion’, almost 30 years since recording it, and he closes his eyes. Oh, life, it’s bigger. Bigger than you, and you are not me…When it stops, he opens them back up. “It’s so hard to hear,” he says. “It’s so naked, so raw, so unsupported.” It’s a moment — just one of them — that makes Song Exploder, the new TV series based on the popular podcast of the same name, a gem for fans who enjoy finding out just how their favorite songs, past and present, were written.

Hrishikesh Hirway, presenter of both the podcast and the TV series, is one of the most prominent fans of songwriting. Having started the Song Exploder podcast in 2014, he spent the past year shepherding it onto the small screen, as a way to expand the initial idea he had, which grew out of his passion for finding out how memorable songs are created.

“There are so many songs that I love, that seem to me, from the outside, like they must have been made in these perfect conditions — you know, a level of genius and talent that’s just unapproachable,” he tells American Songwriter. “Certainly the talent in the artists who are on the show is significant, and that’s an important part of it. But there’s also just so much trial and error, and accidents, and just kind of Crazy Glue-duct-tape solutions, for how songs get made.”

Hirway, himself a self-taught musician and art major, who plays with the bands The One AM Radio and MOORS, a collaboration with rapper and actor Lakeith Stanfield, composed the theme for the series and is also one of the executive producers. Oscar-winning filmmaker Morgan Neville, who made 20 Feet from Stardom and Won’t You be my Neighbor? is another. Neville also directed one of the episodes. “He is to me just sort of the definitive music documentary filmmaker, but not just because of how successful he’s been, but because he has a unique approach to making anything. He’s always looking for a new angle, not just to the information that’s in the story, but also how he’s going to present it,” says Hirway.

Over the years Hirway has honed his style of presenting the podcast and wanted to maintain elements of that in the TV show. “Song Exploder is a really formal podcast,” he says. “[Neville] seemed like the perfect fit, because he is somebody who is both telling stories about music, and also has this unusual, formal approach to the stories that he was telling…I had a lot of ideas about what the show could be, and he challenged a lot of them with his own ideas. It was great to be able to go into something like this that felt so unknown with someone who has such a rich filmography.”

Although there are more challenges to making a TV version of the podcast series, the format leans itself to a richer exploration of the songs. In one episode, viewers see footage of Alicia Keys and Sampha in a London studio figuring out their way through their duet, ‘3-Hour Drive.’ In another, where the episode dives into how Lin-Manuel Miranda wrote ‘Wait for It’, Leslie Odom Jr’s mesmerizing number in Hamilton, the show travels to The Room Where It Happened in Washington Heights, New York City, and interviews Miranda in the striped chair he sat on while coming up with the song — the same chair Aaron Burr was believed to have sat on, in the Morris-Jumel Mansion where he once lived.

The episode also hears in little-known detail from Tony and Grammy-winning composer Alex Lacamoire about how he built the vocal arrangement for the song. “That felt like a crystallization of what Song Exploder is all about,” says Hirway. “The idea of, here’s a cross-section of a song, and just this one execution of an idea — how much work and thought and talent went into that. I thought that was a really nice encapsulation of the kind of story that the show tells.”

Each TV episode, like each podcast episode, ends with the song in its entirety. “One of the things that we wanted to do preserve this idea of hearing the song come together at the end after you’ve learned about the different musical ingredients and ideas that had gone into it,” says Hirway. It’s the chance for the audience to digest all they’ve heard and so the team created its own visuals to accompany the songs, and didn’t use any existing music videos or performances of the tracks.

The four episodes, which are available from Friday, October 2nd, only cover a few out of the many tracks Hirway keeps on a running wish list of songs to still explode open. Here’s hoping there are more seasons for him to do so in this form. 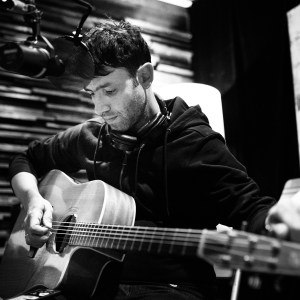 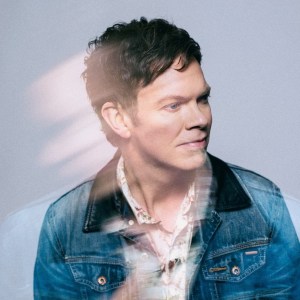