In the middle of upstate New York’s Catskill Mountains, not far from the site of the original Woodstock Music and Art Fair, legendary troubadour Steve Earle is holding court in front of a group of anxious learners. “Who here knows what a haiku is?” asks Earle through his distinctive beard as a variety of hands shoot up. “Good,” he replies. “I once did an exercise where I wrote a haiku a day for a year. Actually, a year and a day. For those who don’t know, you have to mention the season in them. My first one, I flat-out said it was winter,” he chuckles. “After that, they usually force you to get creative.”

Earle, sitting at the head of an expansive building that resembles an alpine ski lodge, is at the Full Moon Resort in the rural town of Big Indian, talking to around a hundred aspiring singer-songwriters, Earle admirers, and regular people looking for a vacation, all gathered for the inaugural Camp Copperhead. The camp, an immersive week-long retreat dubbed a ‘music master camp,’ features an equal share of shows, lectures, and workshops devoted to the art of songwriting, and its centerpiece is Earle himself.

“I’m an artist from the ground-up, from the time I wake up in the morning to the time I go to bed,” he explains later, from his home a few hours south in New York City. “That’s how I was raised. When the idea of the camp was suggested to me, I thought it was interesting because my first time teaching was at (Chicago’s) Old Town School of Folk Music ten years ago and I enjoyed it. Those courses were basically about the relationship between traditional material and today’s songs, and we cover the same themes here. I thought about teaching a lot since then, since I always learn something myself.” As such, Earle, who already has a deep resume that includes singing, writing, acting, painting, and activism (to name a few), added the curious moniker of camp counselor to the list. “The main thing I do is write songs, but they call these things disciplines for a reason” he says regarding his busy life. “[When you’re an artist], nobody tells you when to go to work. You just worry about justifying your fucking space on this planet.”

Since his 1986 breakthrough album Guitar Town, Earle has more than reasonably justified his space. One of the most respected and influential voices in the folk scene, his journey (for Earle laymen) started as a teen following around the legendary Townes Van Zandt, an experience that became a large part of his later creativity and adulthood, as well as the jumping off point for many lectures at the camp. With number one country hits and the distinction of being named 1986’s Country Artist of the Year by Rolling Stone, Earle’s star was rising until his follow-up album, Exit 0, underperformed.

“I saw the writing on the wall for that. But (when I was with Van Zandt) I witnessed someone making the decision to make songs that were art. He didn’t give a fuck about success,” says Earle, noting how Van Zandt’s attitude made an impression. “My hit songs were enough to start a career, so it was then up to me to get on a bus and tour. Since then, I’ve built a career on it.” In the years since, Earle escaped addictions that almost derailed him (he’s 20 years sober this fall and is open about his ardent belief in the 12 step program) and has been successfully walking the fine line between art and commerce. “I used to never license my music for commercials, because guys like Neil Young never did,” he explains. “Then I realized, Neil Young has been fucking rich since he was 21 and I haven’t!”

These days, Earle hits the gym every morning (”except when I’m traveling, but if there were a gym on the plane I’d go there too”), cares for a young son with autism, and rose above the difficulties of life, always looking for opportunities to be an artist in its rawest form. It’s that resilience that netted Earle fans from not only the American South, but the world over. Attendees for Camp Copperhead (there were 115 in all) ventured to the sprawling property from every corner of the globe, some even as far away as Australia. A multitude of campers even took the couple-hundred mile drive from Canada, where Earle has a large fanbase. There was also a plethora of equally diverse backgrounds, including John O’Leary, a Missouri native who owns a specialty construction company in St. Louis.

“I saw a Facebook post about the camp and mentioned to my fiancée that I thought it looked really cool but promptly forgot about it,” he explains between Earle’s latest lecture and that night’s steamed salmon and zucchini dinner. “A few months later for my 50th birthday, she and my kids gave me a shirt that said, ‘You’re going to band camp.’ I love the idea of this, because Steve is a fearless lyricist and is full of contradictions … in a good way.” O’Leary, like many, believe in Earle not just as an artist, but as a person. “I share a lot of his political beliefs, but he also writes a hell of a love song. I probably wouldn’t have been able to explain this before coming here, but he really is a craftsman in every way.” Claire Cooper, a professional musician from New York City, shares O’Leary’s sentiments. “I felt like this was a once in a lifetime opportunity,” she explains on a couch in the main lodge during a break. “Who better to learn from someone whose music you love? I feel like I’m absorbing everything and it’s going to sink into my own songwriting process in the coming weeks.” 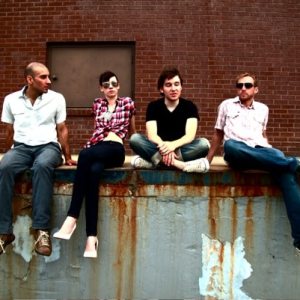 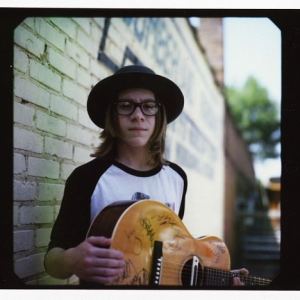