Read part 1 of this article here.

Welcome back. This is a continuation of our exploration of chord progressions in songs, both diationic (one key) and chromatic (more than one color, of key). It starts with an example by The Beatles,  whose songs were distinguished often by brilliant usage of chromatic progressions.

“Come Together,” by John Lennon, as mentioned in part one of this exploration of chords, is chromatic – which means it uses chords which step outside of the key. It uses, actually, only one chromatic chord. But one is all you need, as it kicks the song into a whole other melodic realm.

But again, the melody rocks right past that change, from the Bm back to the IV (G) and the V (A), so that it flows by organically, while brilliantly propelling us back to the verse.

All of which needs to be heard to be understood and appreciated. Once you master such changes, you can use them to add interesting colors to your melodies. That “Come Together” change mirrors almost exactly that same progression in “Heard It Through the Grapevine” by Whitfield & Strong, which utilizes the exact change though in a different key.

The Beatles had a love affair with both chromatic and extended chord progressions through all their work.  The chromatic ones often shifted back and forth between two keys – most notably from A major to C major and back – an effect that composers of previous generations, such as Cole Porter, often used, but now was merged with the juice of rock and roll.

Unlike many songwriters then who felt rock changes should never veer from the blues chords (I, IV and V and sometimes VI), Lennon & McCartney embraced both extended and chromatic chord changes. These progressions instilled a distinctive dimension into the songs, both sophisticated and visceral at the same time.

The Beatles were also influential in bringing extended chords – often called jazz chords, or, for a laugh, “adult chords “- to rock and pop. Instead of the usual dominant sevenths, they used second dominants, suspended chords, major-sevenths, ninths, thirteenths and more. This adventurous influence inspired countless other songwriters to also branch out chordally, such as George Harrison, Paul Simon, James Taylor, Joni Mitchell and so many others.

Besides the usual dominant 7th chords which are rife through blues and rock (for example, C7: C-E-G-Bb) , often they’d use major-seventh chords (for example, Cmaj7: C-E-G-B). which is the second chord in “Something” by George Harrison. “Strawberry Fields” by John also uses major-sevenths, combined with other unlikely and brilliant chords.

The only difference between a regular dominant 7th chord and a major-seventh is the 7th note itself, which in C7 is B flat, and in C major 7 is B natural. The effect of that one half-tone difference is pronounced and unmistakable. Major-seventh chords, to most ears, are pretty chords. They are not bluesy, and when used delicately so as not to overdo the effect, are beautiful. Whereas dominant 7th chords are bluesy, and bring a raw grit to a progression.

James Taylor told us that learning any new chords always had an immediate effect on his songs, a pattern absorbed from his time working with and around The Beatles on his debut album. “As soon as I found those chords, I used them,” he said. “I was talking to Paul McCartney about the F 13th in `Michelle.’ Paul said that was the only jazz chord [he and John] knew… the second chord in ‘Michelle’ is a very unlikely chord.”

Similarly Paul Simon, who emerged from the worlds of diatonic rock and roll as folk-rock, he developed into a real genius of beautiful but unpredictable chords changes. “Bridge Over Troubled Water” has some of the most sophisticated and beautiful changes he’s ever written, wed to one of his most stunning melodies. A real tour de force of chord progressions, it starts simple before growing gradually more complex and dimensional. He uses almost every chordal invention there is, both extended and chromatic chords.

Like  Gershwin, Cole Porter and other songwriters of that generation, Simon often uses diminished chords. A diminished chord is a triad of three notes which each have a minor third between them. [C diminished  is C-E flat-G-flat).  The inherent dissonance in this chord, derived from that strange interval of a flatted-fifth (C to G flat), causes unmistakable harmonic tension, which, to our human sensibilities, yearns to resolve. It’s this constant dynamic of tension and release which is, according to Grateful Dead Bob Weir in this magazine, at the heart of all music.

Like any extended chord, a diminished adds a unique flavor to a progression, as well as creating a propulsion to resolve, which pushes the ear to a different chord. In “Still Crazy,” he places them right before the repeat of the title at the end of each verse to set up a resolution to the I chord on the key word, “crazy.” The diminished causes the resolution to resound even more powerfully than it would without the tension of that dissonant chord.

Both Randy Newman and James Taylor told me there were impressed by Simon’s “Still Crazy” chords, and felt it revealed his endless hunger to discover new musical ground. In this song, he ends each identical verse on a different chordal cadence, each chromatic and leading to unexpected place until the final cadence, which resolves to the tonic, or I chord, for the first real time. It’s a brilliant construction which flows more organically than words reveal, and results in a song which never truly resolves completely until its very end.

About the choices that led him to these chords, Taylor said, “That’s a very mathematical game… but it worked. It so worked!”

In both “Bridge” and “Still Crazy,” Simon uses another chordal technique, the secondary dominant, a chromatic chord used by many songwriters. It is essentially a variation on a chord within a key which makes it sound instead like a dominant chord, needing resolution.

For example, in C the VI chord is Am. If you substitute A major for Am, it becomes a secondary dominant which essentially serves as a V – or dominant – chord. To truly understand this, one must simply play it.

You can also create a secondary dominant by making the III chord major instead of minor. In C the III is Em. By substituting an E major instead of the minor, the dominant tension will lead the ear to a resolution.  These resolutions are never random. So accustomed are we to the sound of chords resolving in conventional ways, there aren’t many options where to go.

The secondary –dominant pushes most forcefully, not unlike a normal dominant V chord, towards the I. In C, the V is G, which resolves to the I, C major. But all dominants can also be resolved in other ways, called “deceptive cadences,” so as when the resolution in a major key goes not to the I, but to the VI, the minor. In C, that chord is A minor.

A great example of a secondary-dominant is in “Georgia On My Mind,” by Hoagy Carmichael, made famous by Ray Charles. In G major, over the lyric, “Georgia, Georgia,” it starts with the I chord for the first Georgia, and a secondary-dominant  – A major, instead of A minor – as the second chord on the second Georgia. That chord lifts the melody towards a resolution to the VI, which is E minor.

Randy Newman does the same thing in his famous “Louisiana,” and also on the title. In G major, he goes first to the normal III chord – Bm – before shifting to B major, which is a secondary dominant he uses to move to the VI, which is E minor.

It’s an old-fashioned but powerful effect which, like the use of any of these chords – whether they be chromatic or extended – can lead to innovative and enriched melodies. As any songwriter who has ever written a melody knows well, it’s easy to fall into habitual patterns, which lead you to the same places you’ve been before. Use of these chords – and others, not yet discussed, such as suspended chords, or chords with alternate bass notes – can lead you to fresh musical terrain, as well as enrich that melody when it is complete. 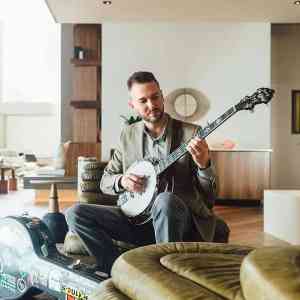 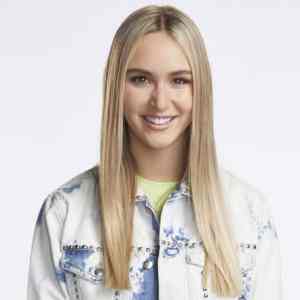