There’s something about the imagination of a child. They are simply untroubled and unbothered with the logistics of day-to-day life, allowing them to view the world with a certain type of wonder. Many have tried to capture this sense of wonder long after they enter adulthood. It’s why we praise those with a young-at-heart mentality or a trusting personality.

But how do we continue to feed the imaginations of our youngest citizens?

Lucky Diaz: I’m a songwriter foremost and love the craft. I’ve written songs for pop artists, composed for film, television, and commercials. I only began writing songs for children out of the necessity of entertaining my own kids. I played my daughters a lot of early Beatles, Buddy Holly and Motown. In playing those older songs, I remembered how sophisticatedly simple they are. “Let It Be” has four chords! Truly remarkable.

My approach to writing songs for children and families is to achieve that level of beauty and simple sophistication. A solid top-line melody, compelling chord movement, and groove are key. Creating honest and emotional narratives connects with kids. If it comes from a sincere place, it will connect with the listener, regardless of their age.

It’s also fun to play with language. I write songs in four languages. Spanish, English, Spanglish, and Nonsense. I remember studying under the legendary songwriter Peter Case. He always said nonsensical language is something he appreciated about children’s songs. That stuck with me. So, when writing for children, I tap into that feeling. Nonsense makes complete sense.

Telling stories in 3 minutes or less for children is a true art form. I’m grateful to be part of its story and legacy.

Aaron Nigel Smith, co-producer of the Grammy-nominated album All One Tribe by 1 Tribe Collective

Aaron Nigel Smith: A good children’s song has a way of connecting with kids and inviting them to imagine, explore, learn, grow, and engage in fun ways.

When I’m writing songs for kiddos, I try to access my inner child and share the messages that I wanted to hear when I was young. I also think about the grownups who will be listening to the song on repeat for weeks or months on end. It’s a delicate balance. Sonically, I want the musical vibrations to be accessible and inviting, without being condescending or watered down. Our kids have their own musical preferences, which I think it is important to acknowledge and consider as we create for them. Some children love raging guitars or drums, while others may prefer the soothing sounds of a harp or flute. I feel that it is my responsibility to tap into the needs of the children and provide music that inspires, encourages, and uplifts them. 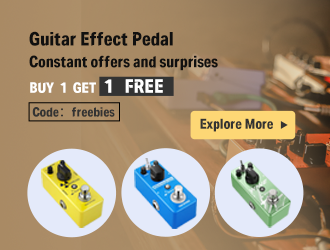 Andrés Salguero and Christina Sanabria: We think of ourselves as having two types of albums. Some are specifically geared towards the classroom, and some are more for the general market. For the first kind, for the classroom, we specifically design the songs to make it easy for children to sing and for beginner musicians to play by themselves. For example, we try to use simpler harmonies, because we know teachers and parents are playing our songs on the ukulele or keyboard! And, we try to keep the melodies in the children’s range. Christina’s voice is high and sweet, and therefore she leads most of these songs.

For songs for the general market, we are more adventurous! We have fun with a richer harmonic palette. We love having featured guest artists record with us, and even though the lead voice may not necessarily fit the children’s range, we love giving them a lot of voices, textures, and accents to listen to.

In terms of language, we try to think about the age of our audience. Even though we make music for children, ages can vary. There’s a big difference between 2 and 12! On the album Canta Las Letras, we used simpler sentences and sentence structures because it’s designed for children in PreK and kindergarten. On our most recent album, Actívate, which was nominated for a GRAMMY, we aimed for an older crowd, so there are more plays on words, faster sections, and musical styles that are closer to what adults listen to. We brought in voices and sounds from around Latin America to create a rich and varied and sophisticated collection of songs for all ages to enjoy together. 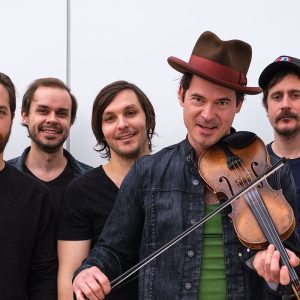