Former Cadillac Sky frontman and occasional hit Nashville songwriter Bryan Simpson has resurfaced with a new project, The Whistles And The Bells. Here he rants about life as a songwriter in Music City.
It’s somewhat assumed that the more time spent in a profession leads to an increased knowledge of one’s said profession. If you do something long enough you’ll get better at it quickly, and certainly more proficient, as the process becomes more defined. A good auto mechanic can do a decent job of diagnosing your rambling wreck’s illness by just hearing it huff and puff its way into his garage. A seasoned politician will continue to perfect the art of crafting a lie and hiding the twitch he once had as a young bushy tailed do-gooder, all the while promising something that can’t be delivered with every race he or she runs.

But songwriting seems to be another beast in itself; at least for me. The formula for writing a great song seems to be getting further away from me all the time. The more I learn, the less I know kind of thing. The creative process is a deep mystery that I am a long way from solving. ie. Why do I sometimes struggle for one word for two hours in the room with a co-writer and then the moment I leave the room I find the verse spray painted on the kitchen or bathroom walls like graffiti on a New York City subway train. Why do words like “crept” and “electricity” reverberate in my soul while functional words and rhymes like “baby” and “crazy” may me feel like I’m making out with my cousin at a family reunion. I have hunches but I really don’t know. This dragon called songwriting has a lot of skin left to shed. Of that, I am sure.

So the thought of writing about the different philosophies I consider when writing for another artist, a band or for myself seems daunting. I’ve heard it said that writers are the only people that have trouble writing. But writing about writing?- well, may a higher power be my muse.

The resume suggests that I’m the man for this job. In a shining example of God taking care of the ignorant, I’ve had success in the commercial world with Top 5 numbers by Tim McGraw and Blake Shelton. I spent seven years mining hard ground with the alt-buegrass group Cadillac Sky, and now have just released my solo record under the name The Whistles & The Bells. But enough with the lowering of expectations, let’s sort out some cobwebs.

Let’s start with the shadow boxing match that is writing for a pool of artists to which I have no personal connection (the least favorite of the three processes) — and one I avoid more and more these days. But on the rare occasion “this great new trio from Tupelo that sounds like the Dixie Chicks meets Aerosmith” sounds appealing or some frat boy labeled the “second coming of Michael Bolton” tickles my fancy or my sympathetic heart gives in to the sight of the showing ribs on my publishers once fleshy side . . . here’s what I do.

In this situation I consider that I am writing to a broad pool of artists and so, theoretically, I want to think in terms of less nuance. Lyrically and melodically. Or at least that’s how I should think — I tend to find the personality of every song is in its nuances so I certainly won’t abandon idiosyncrasy altogether (white knuckling my integrity). But there may be less. Basically, there are a few experiences that are common to us all, and a few proven melodic structures that net a lot of fish. Without being a fly on the wall of the psychiatric sessions of each tadpole in the puddle and being privy to the cracks in each snowflake’s armor, it would make sense to play to those emotions and feelings that I am pretty well certain they have at some point felt. Love, loss, loneliness, lust etc. (the Four L’s- the title of Tyler Perry’s new movie if I’m not mistaken ..?!)

In doing so, I am more certain I will have honored my time on the couch by choosing a subject matter that will be able to navigate all the different oceans my little ship will have to sail before it reaches safe harbor. For along the way it will be inspected for “suspicious materials on board” and will no longer be able to continue its pilgrimage if it strikes one of the inspectors “funny”. To brush with broad strokes is a skill set that some have mastered. I haven’t and honestly don’t love doing it. I would like to claim some high arching virtuous concern but the truth points to my own monster ego working under the flag of self expression screaming “put more of you in there” . . . and I usually do — which leads to a little weirdness (see above). So, henceforth, my wife continues to sift thru the racks at TJ Maxx as opposed to Neiman’s. I can live with that. If I wanna be a super successful commercial writer (which is not the bulls eye on my target) I must try to keep an eye on the forest, more than the trees. Once again this is in terms of having no connection to an artist.

Alright, the ugliest of the step sisters aside, let’s get to the one at which I’ve had the most practice: Writing for a band. For me that band was Cadillac Sky. The toughest part of this is the mental hurdle of knowing soon you will have to sit in what amounts to nothing less than a torture chamber and lay your little sacrificial lamb before four ferocious lions masquerading as your bandmates. Any songwriter in any band knows there’s going to have to be something in the song that makes their steadily-progressing snobbish hearts skip a beat. There’s got to be something melodically and/or lyrically happening to turn their heads.

Melodically it must be fresh but in some way keep some continuity to the other tunes on the set list. And, lyrically, I certainly want to write songs that everybody in the band can somewhat buy into because they’re gonna have to stand and play them as well. Certainly, finding common experiences is pretty simple for any band on the mid to lower wrungs of the proverbial ladder; since you’re basically a nomadic tribe 200 something days of the years – sleeping in the same tent most nights. The way it would work in the more established levels when everybody’s meeting at the gig in their private jets with their own assistant hired to carry their personal briefcase of cocaine? — to that I cannot speak.

Upon further examination, when I did it with the greatest degree of excellence in Cadillac Sky —  the songs were utilizing all of the members individual strengths. Those songs featured chorus’ that’s gave opportunities for harmonies, and a section or two for the instrumentalists to stretch out and give their point of view. Certainly, part of the beauty of seeing a band is that you get to know and feel all of the band members; so the song needs to be written with that in mind.

Oh and finally, writing songs for a solo record. The most recent of mountains scaled. At times exhilarating, at times exhausting. For when I’m writing a song for me to sing there is nothing off limits. Except for maybe a few vocal runs. The one roadblock to such freedom though is my own vanity. For when you’re writing for another artist, for the most part, the audience will think they wrote the song. If you’re writing for a band the audience will assume these are the thoughts of the band. But in a solo record there’s nowhere to hide. It’s a chance to say this is the wallpaper of my soul. Of course offering grand tours of your inner being to strangers is a little scary. But I know a solo record won’t be any good if it doesn’t strip away the facade and get down the nitty gritty dynamics of what makes me tick. The shape of my scars, the size of my blunders, the fault lines on my planet, the aim of my faith, etc. All the while knowing that the arrows will be aimed squarely at my chest if something doesn’t sit well with someone.

But I believe a great song can’t be written with the idea of making everybody fall in love with you. That’s an effort in vanity. And vanity stops vulnerability. And I’m sold out to the idea that vulnerability leads to community. Deeply personal lyrics that chronicle the individuality of someone’s highs and lows can bring us together in ways that a cool never-let-them-see-you-sweat exterior won’t allow. Something about hearing the specific details of someone else’s wounds makes it okay to share the specifics of our own wounds. Then we don’t feel so alone. So the whole way through writing songs for myself I have to keep digging and pushing back the howling winds of fear. Again and again relaxing my shoulders and realizing that I am a writer of songs, yes, but that is not the whole of me. That truth is continually being revealed to me. 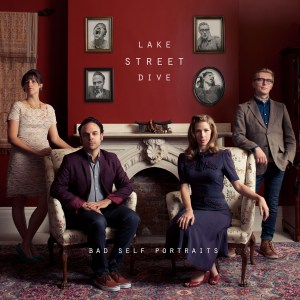 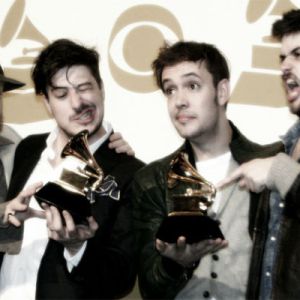