Known for her vivid storytelling and powerful lyricism, country musician Brittney Spencer is far from a novice songwriter. When she’s writing on her own, her ability to share deeply personal stories and still strike a chord with listeners is one of her greatest strengths. Spencer is also a gifted and thoughtful co-writer, combining her own truths with the unique perspectives and experiences of fellow songwriters. In an interview with American Songwriter, Spencer shared a few of her songwriting secrets and hopes for the future.

When it comes to inspiration, Spencer is always finding new sounds and stories to incorporate into her writing. She revealed that the voice memo app and notes app on her phone are home to the majority of her song ideas. “My notes section is insanely full,” she laughs. “Like, here are verses I’m going to write, this is a cool concept, this would be a good title.”

When Spencer is flying solo, her songwriting process usually has more steps. It takes a great deal of reflection and deliberation to make sure the song is saying exactly what she wants it to say. “I think that some of my most personal songs I’ve written by myself, like ‘Compassion,’ and a song I have called ‘If You Say So.’ It took me a while to write those, probably in a span of a few months,” she recalls.

While writing on her own typically takes longer, it also challenges Spencer to be more vulnerable in her lyrics. Is she staying true to what she is feeling? Could a different word encapsulate the emotion better? Is this truly her perspective on the story?

This is when writing alone lends itself to her songwriting. It brings out one of Spencer’s greatest strengths: her ability to share deeply personal experiences and make them feel universal. “When it is coming from my perspective, I want to say what I have to say without having to compromise,” she says.

Although Spencer’s songwriting talents work well on their own, she also loves collaborating with other artists. Writing from her personal perspective gives listeners a glimpse into her own mind, but even more depth is added to the story when different perspectives collide.

She adds that in some ways, co-writing is even more true to life than writing solo. “I think that collaboration is honestly how we do life anyway,” she says. “So the writing process when there are people there, that to me is much more of how I think most people live life. You want to do it with someone. You want their fingerprints there as well.”

As a Black female songwriter, Spencer cannot ignore the current conversations surrounding race in country music. “I think most of us are just all excited to get to the part where race isn’t even really a conversation, because there’s so many of us, and it’s so normal, and things are so integrated,” she says.

Spencer also notes that she hopes to champion the legacy of those who came before her and continue to make progress for those who will come after. “It’s really fun, and it’s really humbling to be part of something much bigger than yourself,” she says.

Spencer spoke about conversations she has had with other Black female country songwriters and discussed how far they have come in the last few years alone. “They were writing country like five, six, seven years ago, and a lot of them told me that publishers were like, ‘We don’t know what to do with you. We don’t know how to break this door open.’”

Now that the door has been broken open for many Black women in country music, Spencer continues to pioneer the way for other musicians like her. However, she notes that it is important to acknowledge the many struggles these artists have had to face along the way. “I love that this is happening. I also remember when it wasn’t. So it is a timing thing, that’s why I tell that story,” she confesses.

While songwriting is a deeply emotional and sometimes incredibly difficult process, for Spencer, it is all about finding beauty and goodness. “Life is already hard, music is already hard. Let’s just make some things easier,” she says. 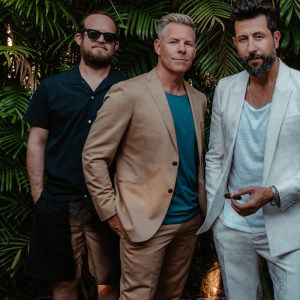 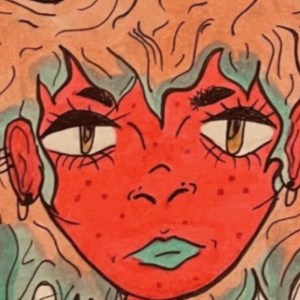