The element of collaboration in music is very important to me. It can bring about the most wonderful, unexpected ideas, as well as some unforeseen challenges. I’d like to talk about my experiences with collaboration in songwriting, why I think the practice is so important and how to best approach a collaborative music project.

Songwriting is a very personal and introspective practice. It is of course a valuable practice to lock yourself in your room by yourself for hours on end and challenge yourself to finish that song. This should always be a component of what you do as a singer/songwriter. However where collaboration becomes so exciting and rewarding for me is during those times when you don’t quite know where to go with the song. If you’re working with the right person, someone you trust and someone who understands what you’re going for, they can help to fill in the blanks or help progress the song in a direction you couldn’t quite put your finger on before.

I write countless songs that are never heard by anyone. Once in a while I’ll go through my old journals or voice memos and rediscover something that’s got potential, but maybe I hit a roadblock with before. Working with someone in this scenario is a great practice. Someone else could come in and help breathe new life into a song that’s been shelved for some time. This happened with my song “Storybook”. I wrote the chords and progressions to that song maybe five years ago (with entirely different lyrics) on a piano in a practice space at the New School. I never really did anything with it. I met Anthony Farina during my junior year at school and joined his rock band which we collectively renamed Cheers To Fall. In the initial songwriting stage I brought that one to the table and the band dug it. Anthony worked on it and added some guitar, but it eventually got shelved again. Then about a year later, I started working on it once again from a new space of inspiration. The new lyrics and melodic framework of the piano poured out in one sitting. I shared it with Anthony and before we recorded it for the new album (The Wishing Forest) he helped adjust the melody of the chorus, added a guitar solo after the bridge and wrote the string parts, helping to make it the epic ballad I’d imagined it to be.

Another reason I think collaboration in songwriting is important is that it usually creates diversity and range between songs. It is important to maintain a sense of consistency in your sound as a performer, but quite often I’ll go to see an artist and all of their songs sound basically the same. I personally find it an important step in the process to work with someone, whether it’s a co-songwriter or a producer, so that the project has range from track to track. For example, the last track on my new album “The Way”, which I wrote in its entirety, is quite different from the track “Love Love Love” that Anthony wrote, but the songs still maintain a similar vibe overall and are able to coexist on the same album.

The last reason I feel collaboration is so valuable has to do with the audience. If you work on a song with another musician, it’s probably going to get heard twice as much! Yes, this may seem obvious, but it’s just a simple reminder to involve other musicians in your project. We see the formula all the time, because it works! E.g. Santana & Michelle Branch, St. Vincent & David Byrne, Rihanna & Eminem, Ella Fitzgerald & Louis Armstrong… This can also happen on a performance level as opposed to in songwriting or recording. For instance having a musician in your community join you for harmonies on a song during your set or vice verse. Expose each other to new potential fans!

For me, there are three basic ways to approach a songwriting collaboration.

Some things to keep in mind, no matter which way you’re approaching: 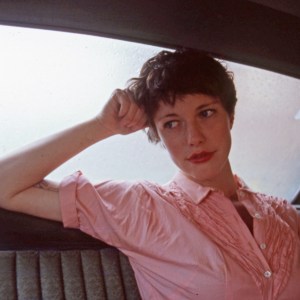