Virtuoso rhymer Bob Dylan explained the delicate and singular mission of song rhyming in the first installation of this series: “You can still stay in the unconscious frame of mind to pull it off, which is the state of mind you have to be in anyway.”

That is a singular mission, unique to songwriting and few other human endeavors, the attempt to consciously stay in an unconscious state. It is, as Richard Thompson said about this craft, “a handshake between the two sides of your brain.” That is where songwriters live, at the intersection of art and craft. Using craft to shape the art, while allowing for an artistic usage of craft.

Almost all the songwriters I’ve interviewed have explained that songwriting is more an act of following than leading. Songwriters work in two directions at once, forward and backwards. The form itself leads one forward to a new rhyme and backwards to link to the preceding one. Backwards to find that essential truth of the form which already exists in time, and forward in time to set it down, to preserve it.

Examples abound of songwriters following as much, if not more, as leading. Look at The Beatles’ “The Word.” Its key line is a perfect inner rhyme: “Have you heard the word is love?” Certainly when Lennon & McCartney wrote “The Word” (and they did write it together, according to John), they did not plan in advance that they could rhyme ‘heard’ and ‘word.’ It’s a happy circumstance that came from moving forward in the heady creation of a new song, inspired by music, collaboration and the positive message of love itself, as well as moving backwards – from the sound of the word ‘word’ to the quick realization of linking it with ‘heard’ to create a musical question and its answer all in one simple rhymed line: “Have you heard the word is love?”

Because not only does it contain that perfect inner rhyme, it also links up in a perfect couplet with the preceding line, using one of the few rhymes for ‘love’ in English, the word ‘of’: “Say the word I’m thinking of/H ave you heard the word is love.” In this couplet, ‘word’ in the first line falls at the exact same spot – the third syllable of the line – as the word ‘heard’ in the next line – setting up yet another rhyming link. So in this one couplet Paul and John created not one but three perfect rhymes. Yet clearly this was not predetermined. This came from being open to the artistic rush of inspiration fused with craft – of moving forwards and backwards at the same time, just as the listener to the song is propelled forward, into the next line, and backwards, to the previous rhyme, at the same time.

The ultimate result is something very simple, and yet perfect. It is meant to be heard, not to be read on the page, and it goes by so fast that the rhymes add a musical momentum, an inner rhythm, to the song. It is an ideal construction, a bit of magic created not with illusion or anything fake, but with the discovered components all falling into the perfect order.

Of course, The Beatles often used false rhymes as well. And nowadays songs are replete with false rhymes. Time was once when a false — or assonant rhyme — was the sign of an amateur. [A true rhyme matches both the vowel sound of a word and the ending consonants. ‘Corn’ and ‘born’ are perfect, true rhymes. ‘Corn’ and ‘storm’ are false, imperfect rhymes – because the ending consonants do not match.

But one of many evolutions through which popular songs have been transformed is the idea that craft concerns are less important than content and true expression. Many songwriters employ false-rhymes in every song, and it works. As Jackson Browne told me, ““You can only rhyme ‘world’ with ‘unfurled’ so many times,” he said. “I don’t think it’s important to rhyme perfectly. There are songs you don’t have to rhyme at all. It’s just something we do … almost like a crutch. A song will sound fine if it rhymes, even though it doesn’t say a thing …  You can open up the whole structure and form by choosing to rhyme less often.”

Even famous songwriters of previous generations, such as Sammy Cahn, who wrote lyrics for more than 80 songs recorded by Sinatra, felt rhyming could be a crutch of sorts. “If I wrote ‘Wind Beneath My Wings,’” he said, “I would have changed the lyric so it had perfect rhymes. Yet it is a Number one song with imperfect rhymes.”

Warren Zevon also utilized false rhymes all the time. “Nothing is perfect,” he said, “and imperfect rhymes reflect that imperfection closer to reality. Rather than spend your time matching rhymes, a songwriter should write something new, something special, something unique. Often a non-rhyme will focus the listener on a word more than a comfortable perfect one.”

But whether a rhyme is true or false, there is no denying their effect. Woven within the story of a lyric, within the groove of a track, within the flow of a melody, nothing adds inner structure and sonic strength the way rhymes do. They hold a song together. And as Van Dyke Parks said, “A song should not fall apart on the street like a cheap watch.” They need to be finely constructed, with care and love. And rhymes. 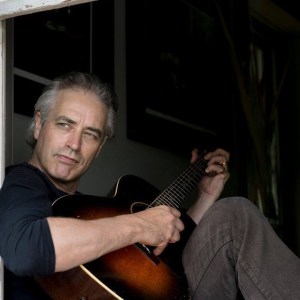 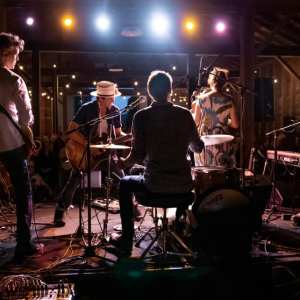